Forced eviction in Sogi now a matter of time

The Ministry of Police say it is now only awaiting a Court notice before it begins evicting Sogi residents who have been told by the Samoa Land Corporation to relocate to Tafa’igata.

“The Police have to follow the law and we will evict the families in accordance with the law,” said Police Commissioner, Fuiavaili’ili Egon Keil.

He said the Police do not advocate violence.

“Our plea to the families in this area is to keep the peace and let the Police do their job," he said.

The Commissioner’s comments come days after Aiga Tokuma said she would not vacate the land no matter the consequences.

The Tokuma family has been fighting the Samoa Land Corporation, saying the land in question is their inheritance.

But the Police Commissioner said the Police will do their job as per the law.

“We will only move in to evict the families once we get the eviction notice from the Court. And once we do; we will act and we are hoping for a peaceful process on this matter,” said Fuiavaili’ili.

Not all the families are opposing the decision.

Fa’aofunu’u Iosefa Fa’amausili, one of the 12 families in Sogi that have agreed to relocate to Tafa’igata, told this newspaper they are waiting for the S.L.C. to provide finances for relocation.

“My family and I have agreed to move in accordance with the government’s plans, because in the end they will win. No one can stand against the government," he said.

“It would be a total waste of time to fight the government; in the end the lawyers will benefit as they will get paid even though we will lose against the government."

Fa’aofunu’u said it’s bittersweet that while the Government has agreed to lease them land, the idea of vacating land their ancestors lived on for more than a century is sad.

He said they have agreed to take an offer to lease a quarter acre from the S.L.C.

“I was told it is lease to own, but we don’t know how true that is,” said Fa’aofunu’u.

The S.L.C. Chief Executive Officer Ulugia Kavesi Petelo told the Samoa Observer today, in their last meeting held in May, 2019 the families were informed they will lease a quarter acre.

“And it is not a lease to own, the government does not allow that anymore.”

The families have to relocate by December, 2019.

“We will not offer them any finances to assist with their relocation to Tafa’igata," Ulugia said.

"That offer was available back in 2011 when the government first offered to relocate these families; that offer is no longer valid. In some three years ago, Cabinet approved that the government can no longer lease to own its properties, now it's just lease.

“We considered the fact that government properties have decreased over the years".

He did note they have not yet finalised the leasing agreement, but the range is around $50 to $60 tala per quarter acre per month.

The C.E.O. said the initial plans the families were given three months between September to December, 2019 to move; however when the residents in the area interfered when the S.L.C. attempts to survey the land; they are now moving forward on taking legal actions in this matter.

The Court has already dismissed a lawsuit brought by the Tokuma family against the Samoa Land Corporation in 2018.

"Only then they [the Government] can occupy this land; but we will not go down without a fight," said Ms Tokuma.

Three other families in the area refused to speak to the Samoa Observer when approached for a comment. 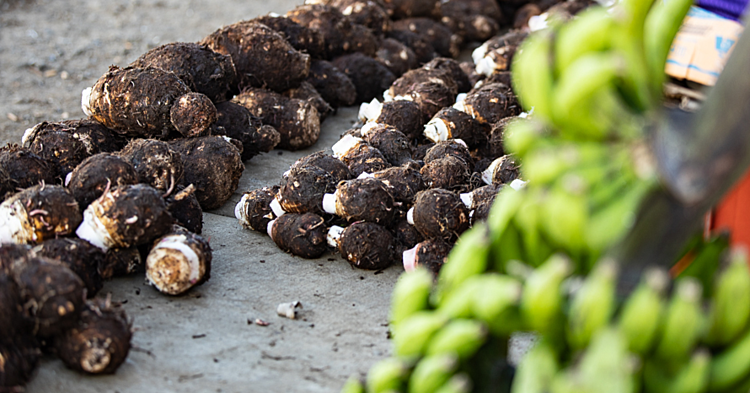 A nine per cent increase and the greater availability of local produce has led to a decline in average prices for May 2020.