Monday night's Teuila parade took Festival festivities up a gear with singing, dancing and waving tribute to all things Samoan culture winding its way through the streets of Apia.

The parade ran from the Fire and Emergency Services compound to the Malaefatu Park in Sogi where cultural entertainment and competitions took place.

The contestants smiled and waved from behind classic cars.

Bystanders, made up of mostly those who have just finished work, and have not finished work were seen waving from the side of the roads, and from inside office windows. 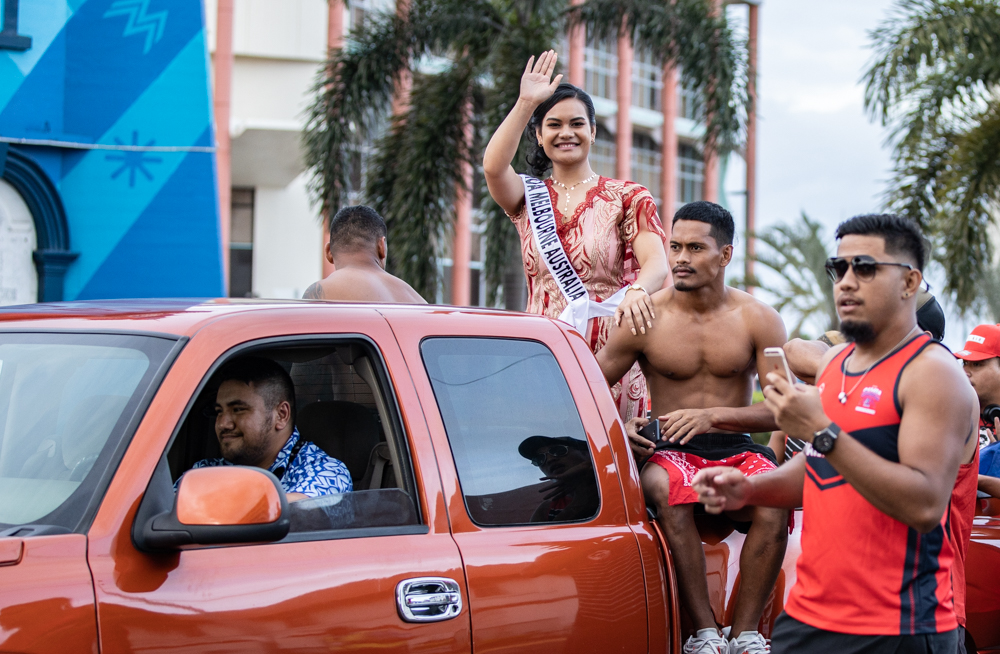 A number of Teuila sports competition teams also made the parade colorful. 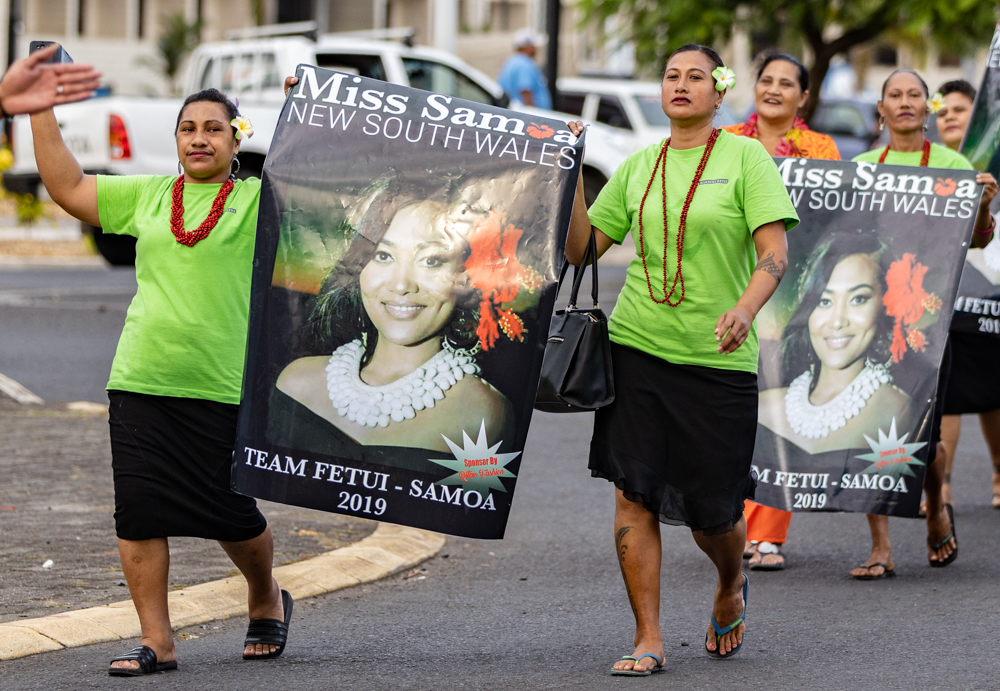 Multiple food and handicraft stalls started opening at Malaefatu Park with a play zone for the children to enjoy as well as the first round of traditional games that took place on the Teuila main stage earlier Monday morning, that will be running for the rest of the week. 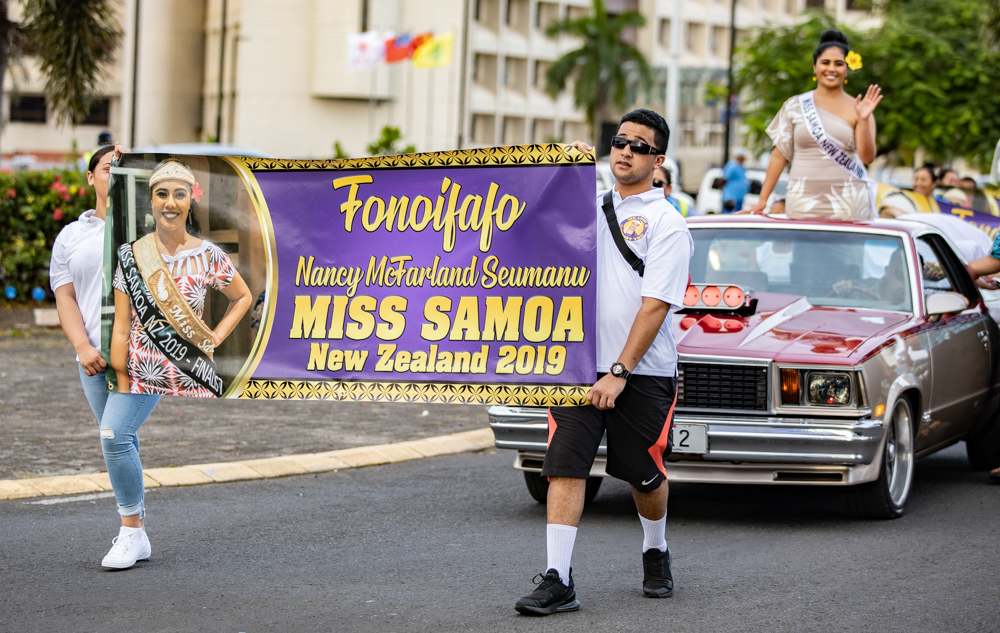 The exciting variety of events for the 29th Teuila festival this year ensures that there is something for everyone to participate in, including the choral exhibition that happened Sunday night, traditional siva Samoa dance competitions, siva ailao afi - fire knife dancing, live bandstands, variety shows, music concert, umu (Samoan ground oven) demonstration and tasting, tattooing and carving demonstrations, and the Floral Float Parade amongst other things.