The elders at Mapuifagalele were treated to a special visit by the nine contestants vying for this year’s Miss Samoa Pageant. 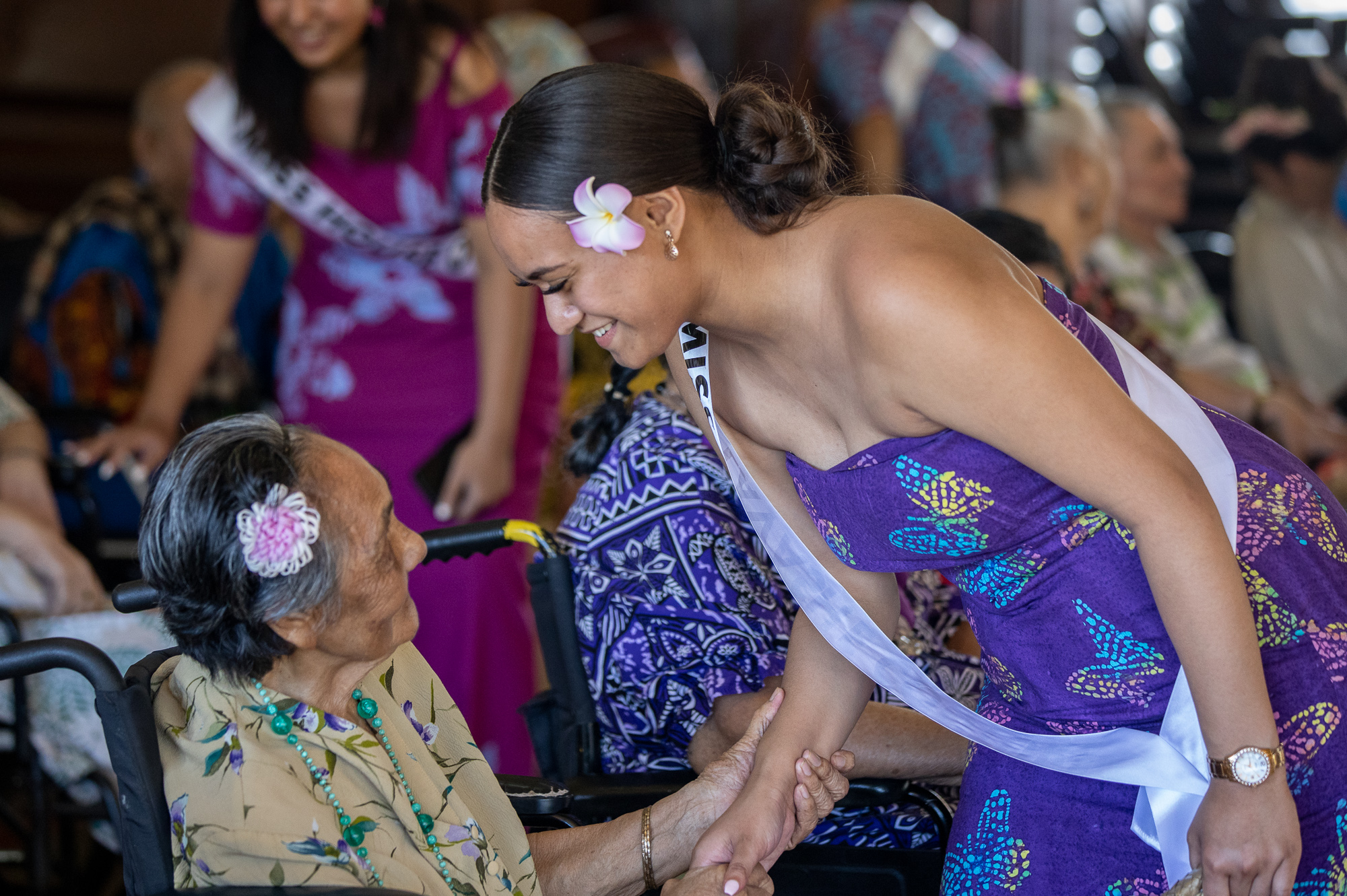 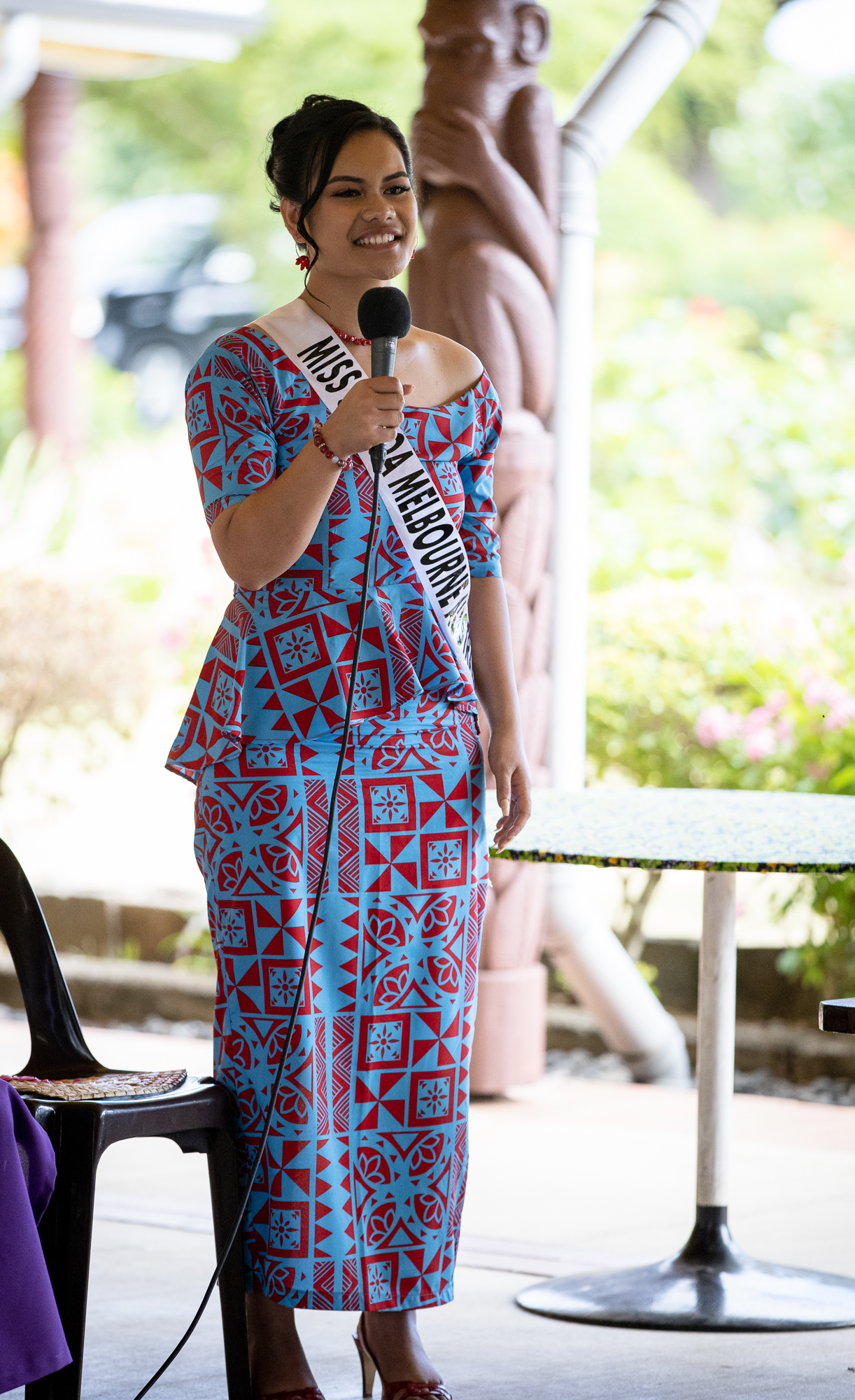 Contestants had the chance to entertain the elders by performing the Samoan traditional dance after their introductions. 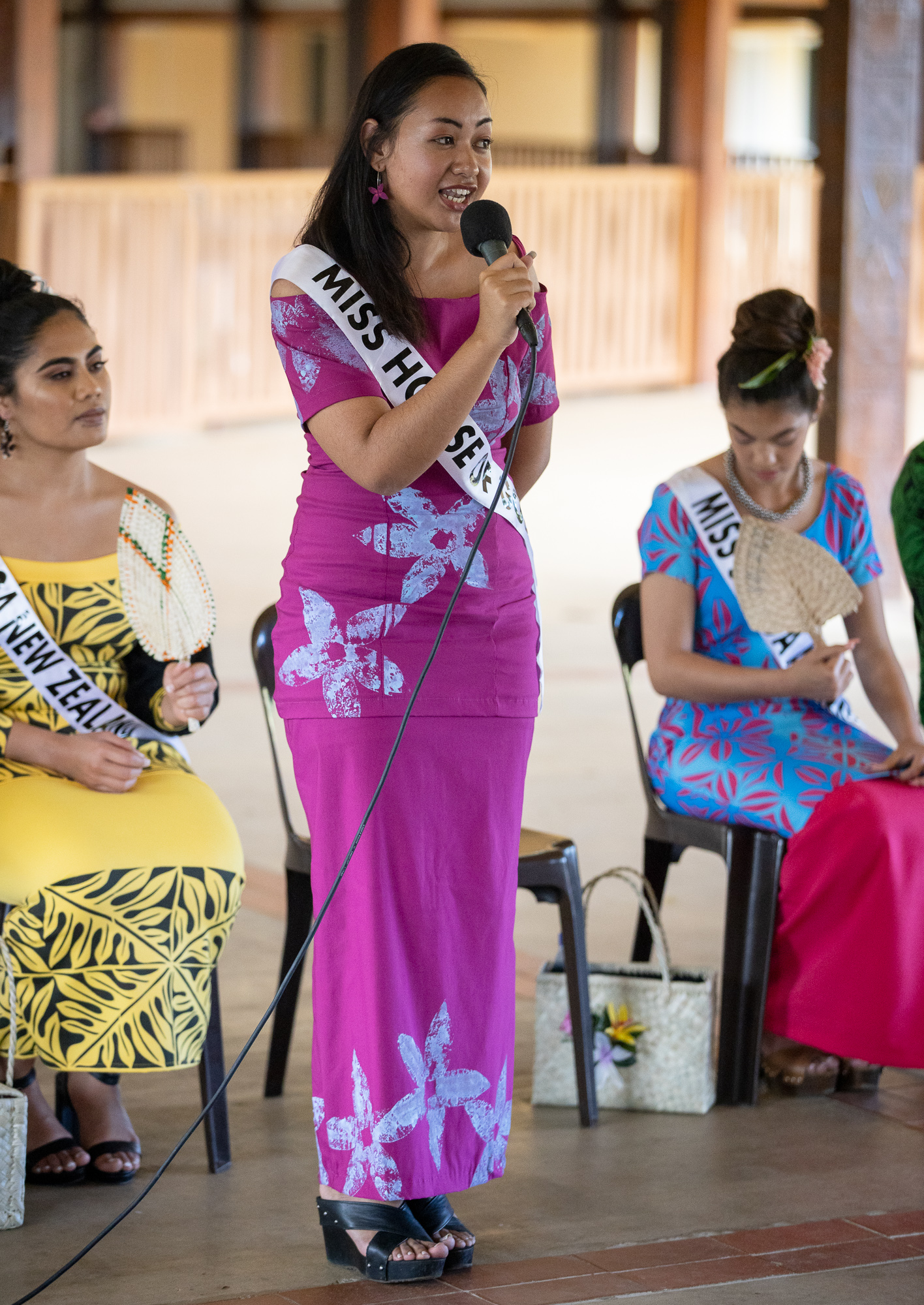 The visit to the shelter had special meaning to one of the contestants, Miss Lavashe Couture, Grace Tevaga-Foai who became very emotional. 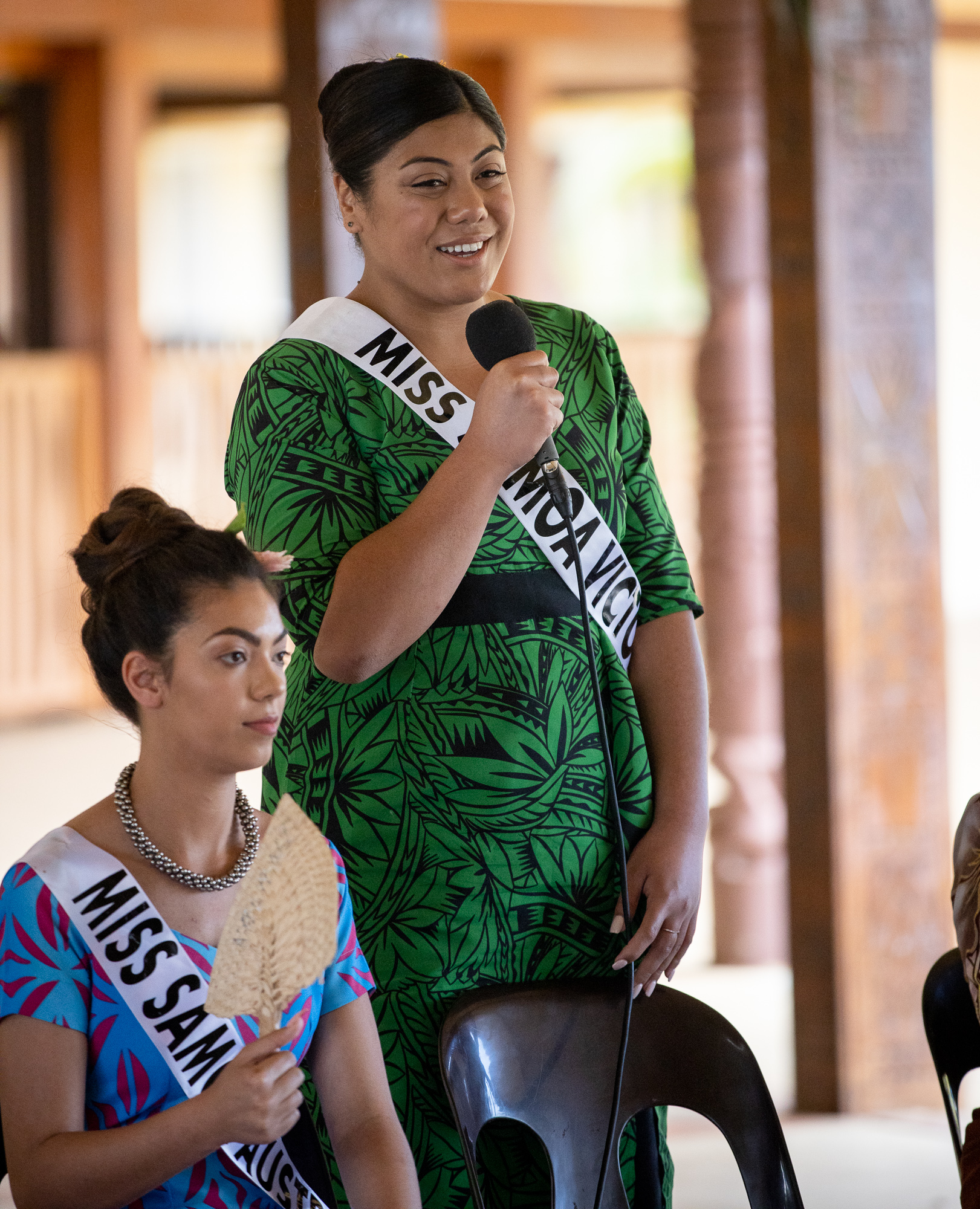 She shed tears while telling the elders that meeting them reminded her of her grandparents who mean the world to her.

Sister Elena of the Little Sisters of the Poor who are looking after the elders conveyed their heartfelt appreciation towards the donations they received but also for the contestants having the time out of their busy schedule to visit their shelter.

Later in day, the Miss Samoa competitors had the chance to visit the Samoa Tourism Culture Village in Apia. 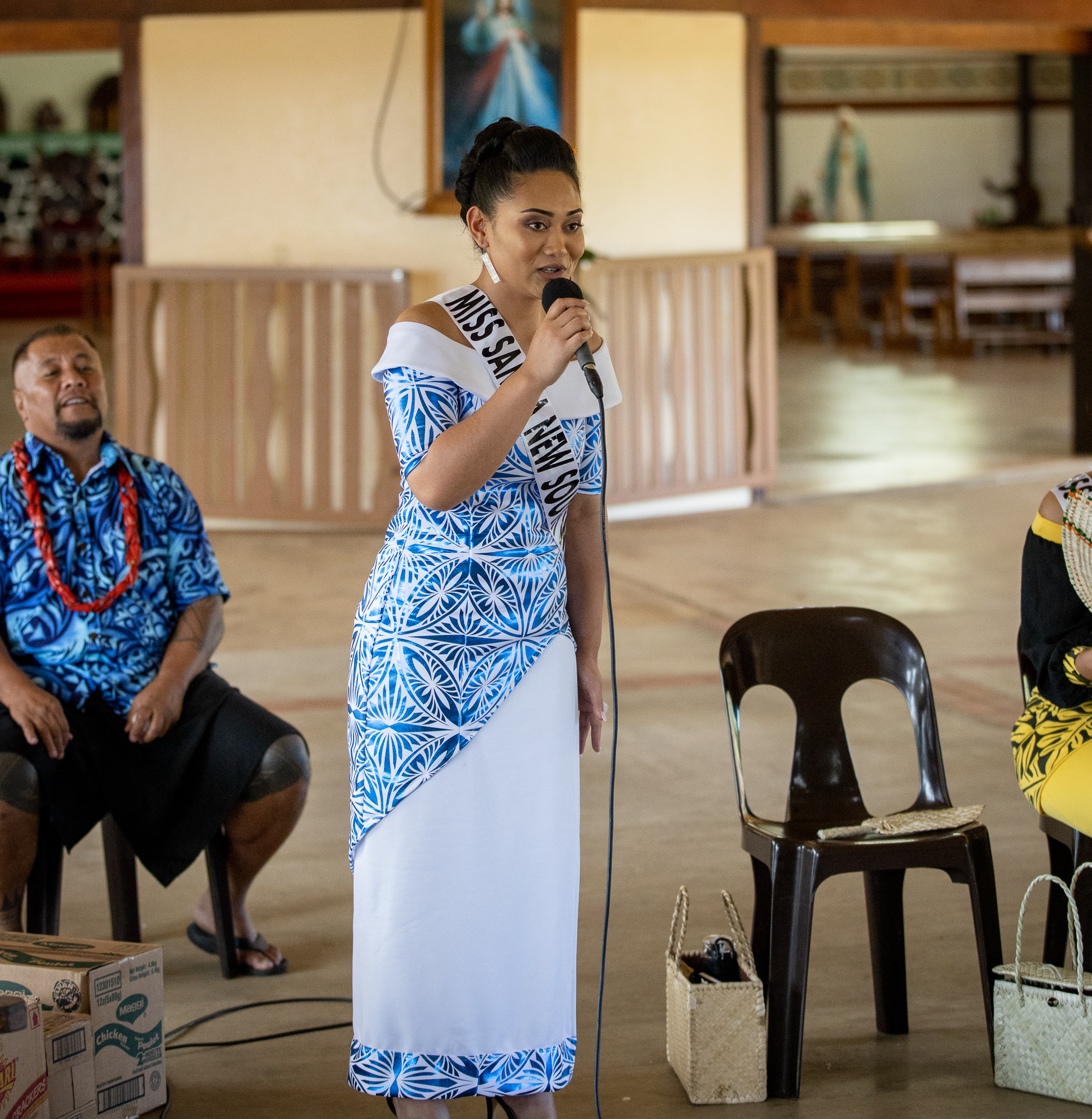 The theme for this year’s annual event is “Talofa Samoa”.