The Miss Samoa Pageant 2019 was officially launched yesterday at the Orator Hotel with nine contestants vying for the crown. 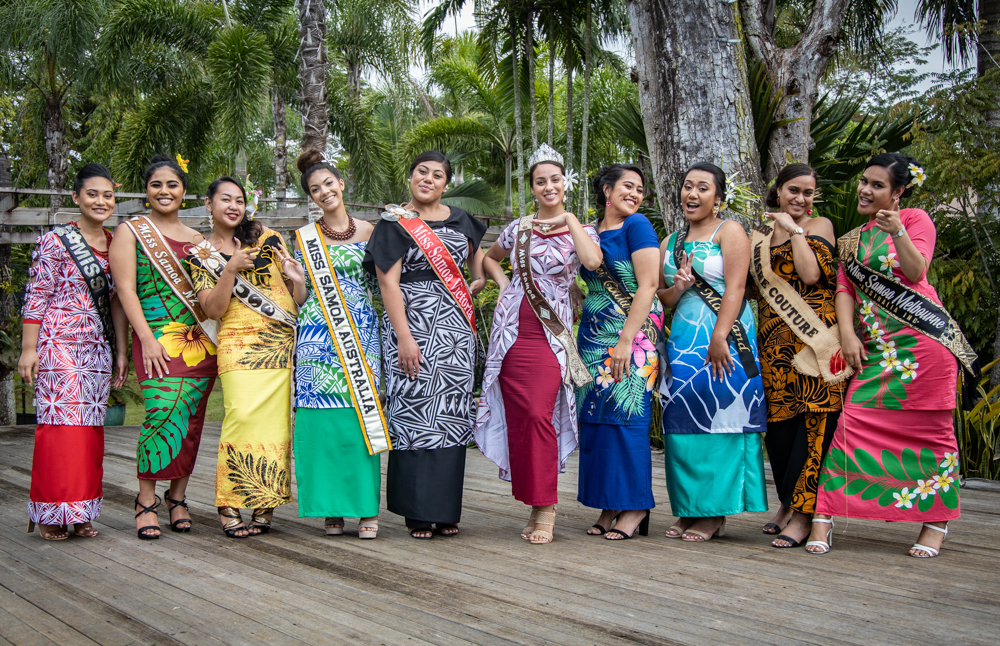 Yesterday was the beginning of a seven day event which kick-started with contestants attending the reigning Miss Samoa’s farewell carnival.

This year’s pageant is organised by Manaia Events Incorporated.

According to the president of Manaia Events Incorporated, Leiataualesa Jerry Brunt, the Miss Samoa is a national event which recognizes the beautiful and intellectual attributes of the Samoan lady.

“It promotes our sustainable culture and national heritage through meaningful presentations that highlights the roles and contributions of a Samoan lady towards the country’s social community and economic development and her ability to advance in diverse fields so it’s not just a beauty pageant,” he said.

Leiataualesa said that the number of expression of interest was 44 with some coming as far as Canada, Alaska and Europe.

The pageant organisers received 14 registration forms but due to various reasons, the numbers dropped from 14 to 11, 10 and concluded with nine.

“The contestant will be competing in categories such as the pre-pageant interview, sarong, talent, traditionally inspired wear, puletasi, and stage interview.

Reigning Miss Samoa, Sonia Piva encouraged the contestants to enjoy the experience and be open minded.

“As a lot of you have travelled from abroad, during the week activities soak up the pure Samoan culture and the richness of our people.

“Looking back on my journey some of the memories that I cherish the most were made with my fellow pageant sisters and connecting with our people and culture.

“I would like to humbly remind you all that this platform is not a means for self-gain, but rather an opportunity to help make a difference in Samoa.”

She added that the Miss Samoa title is a platform, where a person is able to reach an audience on a larger scale to raise awareness on important issues, and being an influence to those around them.

“As a Samoan lady, you have a duty to lead with respect, strength and most of all serve with kindness.”

The pageant will be held at the Gym 1, Tuanaimato on the 7th of September.