Tax-related charges against nineteen more Ministers of the Congregational Christian Church of Samoa (C.C.C.S.) were dismissed by the District Court on Wednesday morning.

The decision delivered by Judge Leota Raymond Schuster, followed an application by the Ministry of Revenue, to withdraw two charges against each defendant on the basis that there was no evidence.

Each Church Minister was charged with two counts of withholding tax and failure to file tax.

Defence lawyer, Alex Su’a, then filed an application to have the charges against the church ministers dismissed. 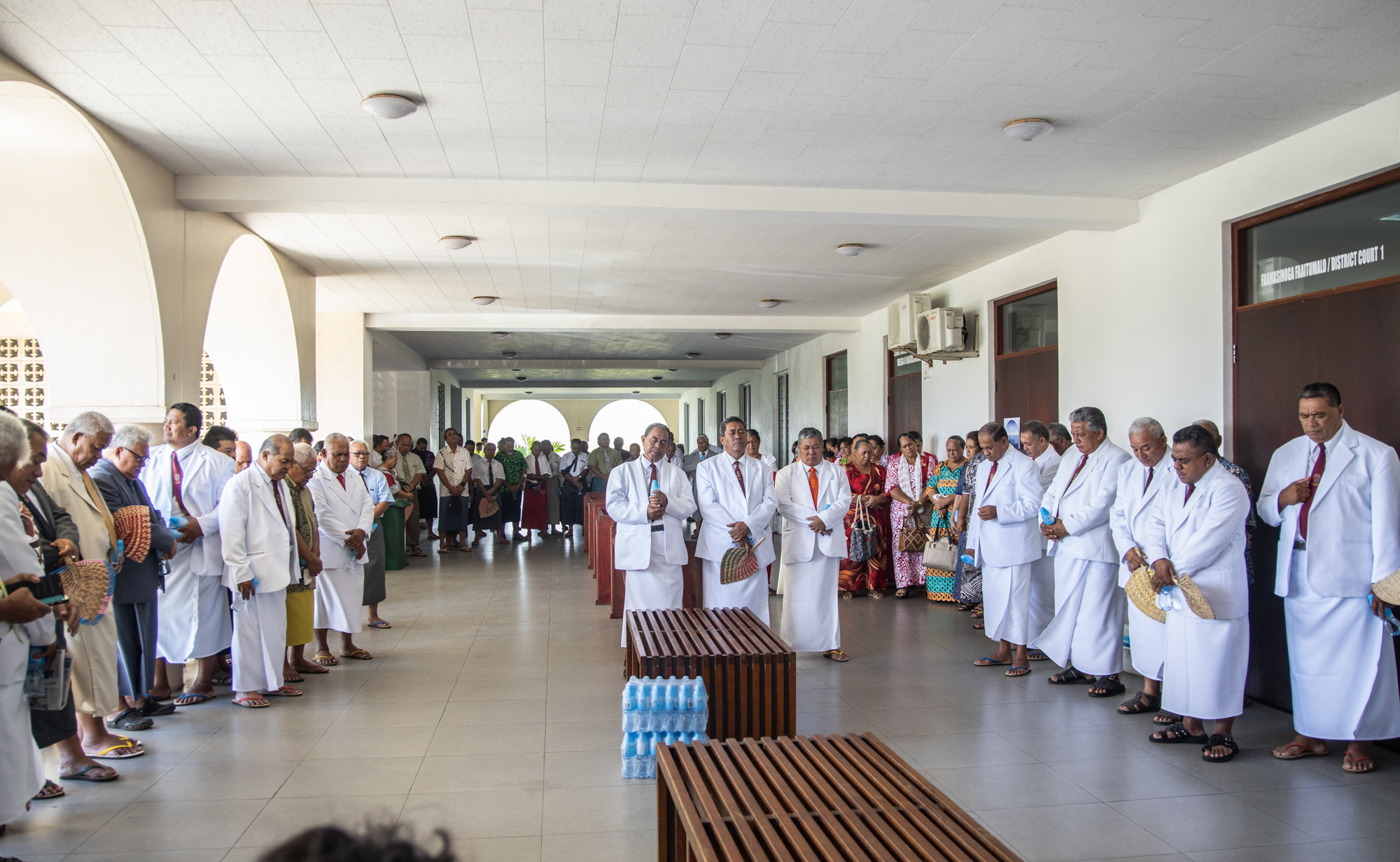 Judge Leota granted the application and dismissed the charges.

“We had given this before the Lord and he is the one supreme Judge whom we answer to,” said Rev. Elder Tunumoso.

“We thank him that he has shown us his will and I also thank the Reverend Elders, our church supporters who can’t be here and our lawyers. It was not easy but they were brave and bold.”

This is the second group of C.C.C.S. church ministers facing tax charges, who have had the charges against them, dismissed.

The first group of 20 church ministers had their case dismissed in July when prosecution failed to identify the defendants as Ministers of religion.