Employees of the Ministry for Customs and Revenue (M.C.R). have started to learn Chinese as part of efforts to deepen business ties between Samoa and China.

Some 40 employees attended the inaugural class yesterday at the Ministry's headquarters under the tutelage of Dr. Tony Guojie Liang, Director of the Confucius Institute at the National University of Samoa.

Dr. Liang said he was contacted by the Minister and the Chief Executive Officer of M.C.R to conduct this training.

The Confucius Institute is a Chinese Language and cultural center offering courses in linguistics and culture to N.U.S. students, primary schoolers and adult professionals. 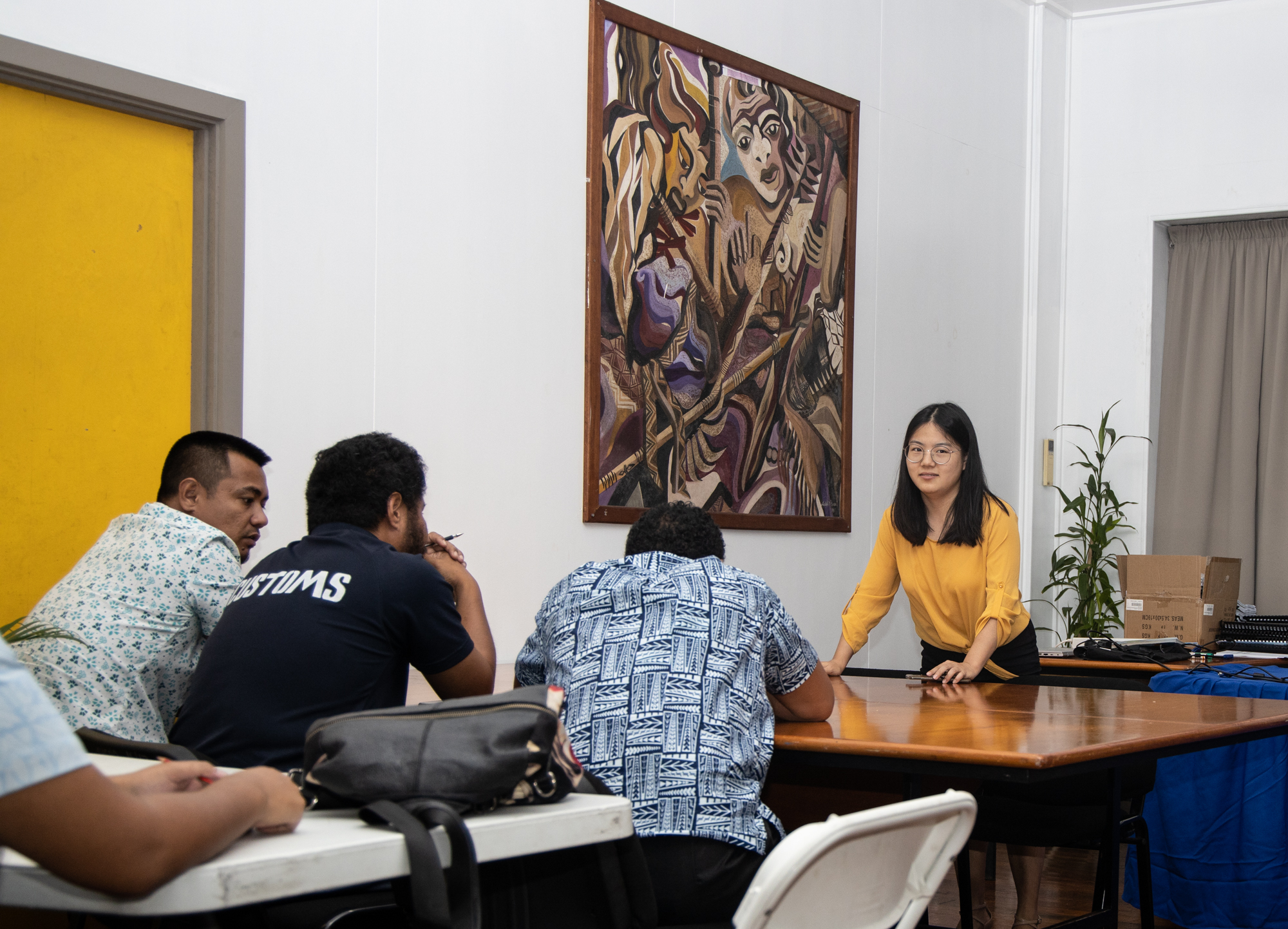 “As you know that last year in 2018, Samoa signed up to the Belt and Road Initiative Corporation Documents with China,” Dr. Liang said.

“After the B.R.I Corporation, the economic exchanges between Samoa and China will be more and more frequent and currently, there are many Chinese people who are doing business in Samoa and various kinds of businesses."

Dr. Liang and the Ministry said training in business Chinese would be an appropriate foundation for deepening these relationships.

“Especially for the Ministry for Revenue. They have businesses with many Chinese businessmen and the staff of M.C.R, many people really want to understand Chinese and they want to speak it to facilitate the communication with the Chinese people,” Dr. Liang said.

The Assistant C.E.O of Corporate Services in M.C.R, Valasi Iosefa, said the initiative was by the Minister to improve the Ministry's services with Chinese customers.

“A lot of our client services are Chinese who come to supply their products so we need to at least have some understanding of the Chinese language to ease our work between one another,” he said.

“We see it as an opportunity to tackle down these challenges in our work. Again, the main challenge is the lack of communication between our Chinese partners in exchanging products so it’s a very useful initiative.”

Dr. Liang said greater proficiency would also be a welcom boost to Samoan Tourism and catering to incoming visitors from China.

“In April this year, there is a China Pacific Island Countries Tourism Year that was launched at the Sheraton Hotel and that will boost the tourism in Samoa. So more and more people will get to know about Samoa will be interested in travelling to Samoa and will also increase the needs for people to know the Chinese language," he said.

“I deeply believe that Chinese language learning and the Chinese culture exchanges including providing scholarships for students to study in China, the expression of the deep and the long friendship between Samoa and China.”

According to Dr. Liang, Chinese language is difficult to learn but the basic building blocks of communication can be acquired more easily.

“But if you want to be able to make sentences to know the basic constructions of sentences grammatically, it’s quite difficult because it’s very hard to learn Chinese from Samoan and English languages especially for the Character writing,” he added.

The training will go on for 10 to 15 weeks. Dr. Liang is hoping to expand the training to other ministries and organistions.