A Pacific coalition celebrated the World Humanitarian Day and women's leadership in the humanitarian sector with the launch of a short film titled ‘The Voices of Pacific Womanitarians’.

While welcoming the focus for World Humanitarian Day 2019, the Shifting the Power Coalition is calling for greater accountability to the gender equality and human rights agenda as women leaders of the coalition work together to drive a transformative agenda.

Young Women Christian Association Samoa General Secretary and Le Teine Crisis Centre Coordinator, Taimalelagi Ramona Tugaga, told the Samoa Observer that it is about tackling power and gender relations in the long-term through the demonstration of diverse women’s capabilities for the benefit of the whole community.

"The Shifting the Power Coalition has been established and is led by diverse Pacific women and women’s organisations committed to advance diverse women’s leadership and participation to achieve peaceful and gender equal societies," she said.

"We are bringing together women’s rights and disability organisations to strengthen diverse women’s voices, agency and decision making in disaster preparedness, response and recovery by catalysing localised gender responsive humanitarian action with a specific goal of strengthening Pacific women’s leadership in emergencies."

The Shifting Power Coalition was formally launched last year with members from Fiji, Papua New Guinea (including the autonomous region of Bougainville), Samoa, Tonga, Vanuatu and Australia, as well as local and Pacific-wide networks including the Pacific Disability Forum and the Pacific network of the Global Partnership for the Prevention of Armed Conflict (GPPAC).

In practice, they work together to support women at local, national and regional level to demonstrate the power and potential of our collective leadership.

In the coming year, a major undertaking of the Coalition, supported by the Pacific Women program will be a research project that brings greater attention to women’s leadership in the humanitarian system and spotlight local women’s experiences.

"The research findings will also address the current gaps in global research initiatives where due to the nature of Pacific Island disasters and humanitarian crises Pacific Island women are often invisible in such reports," said Taimalelagi.

The Coalition is also committed to progressing the call to action of the 2nd Pacific Feminist Forum, particularly to ensure diverse Pacific Women’s voices are amplified at regional level and influence key policy changes and processes on humanitarian response. 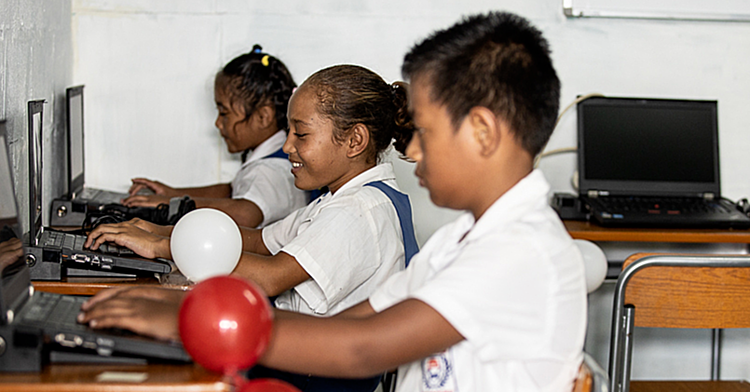