Close to 70 young students in Savai'i were thrilled by the chance to mingle and learn about rugby from some of the Australian Wallabies greats of yesteryear.

Former Wallaby internationals Justin Harrison, Morgan Turinui and Lote Tuqiri travelled to Savai'i on Monday as part of their #GoldBlooded tour, which is aiming to spread "rugby spirit" across Samoa. 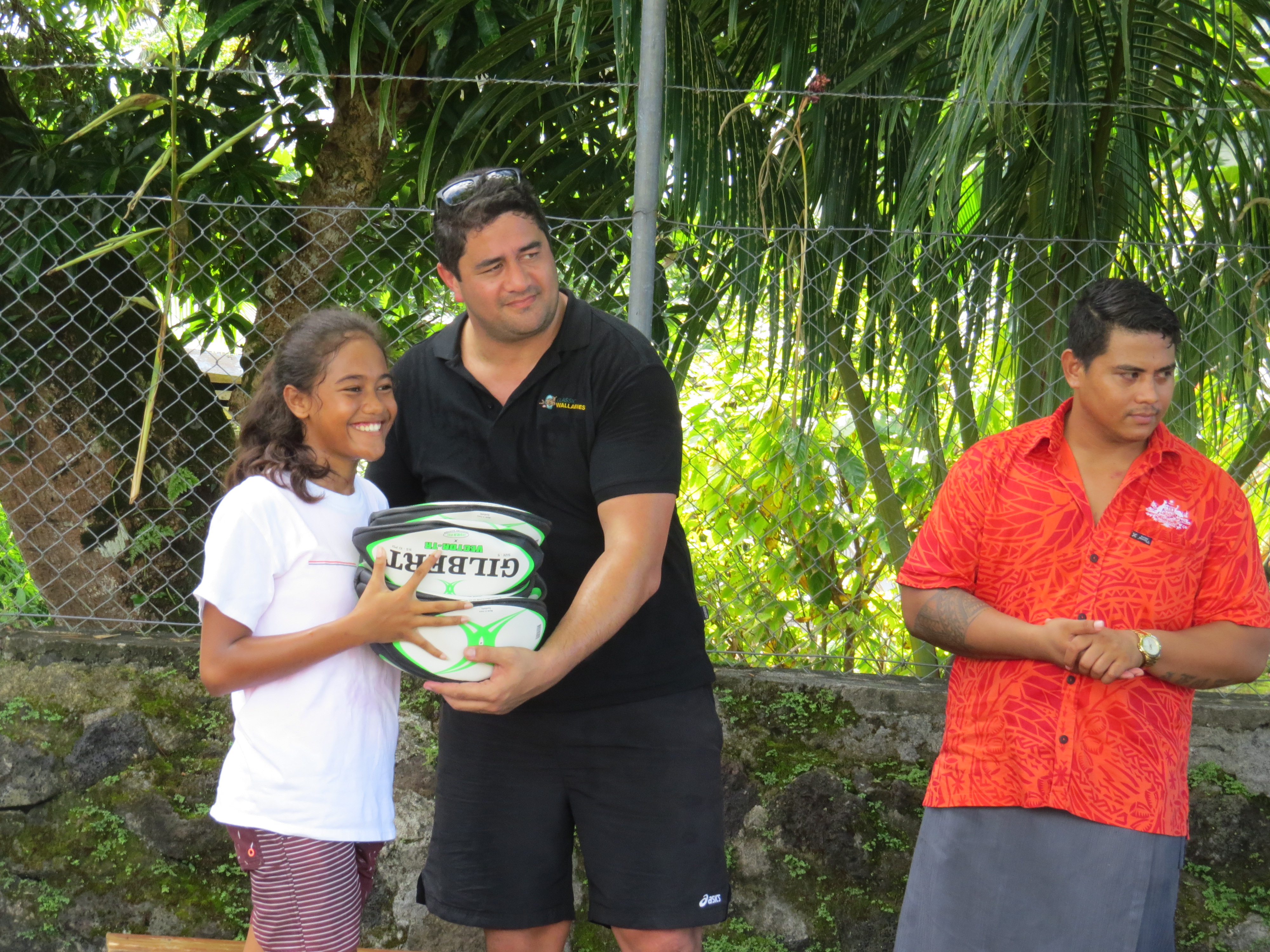 The trip is in partnership with the Australian Government and the Department of Foreign Affairs and Trade (D.F.A.T.) and is designed to bolster Australia’s increasing engagement in the Pacific through sport.

The event was well supported by the teachers and principals of the three schools who watched on as their students had the opportunity to learn from the former Wallabies players.

“This is a very important day for our children,” he told the Samoa Observer.

“Today is different from the usual morning routines and it’s nice to see them have fun on the field.

“To me, the importance of today’s event is to encourage our children to be involved with not just rugby but also sports in general.

“This is another way for them to get a better future, if they aspire to become rugby players. It will be their way of giving back if they work hard towards their dreams.

“Not everyone is the same, some aren’t always active academically, but are really active physically.

“Today’s event is to encourage them and give them a push and to have renowned former Wallabies players here is such a very good thing to encourage our children.” 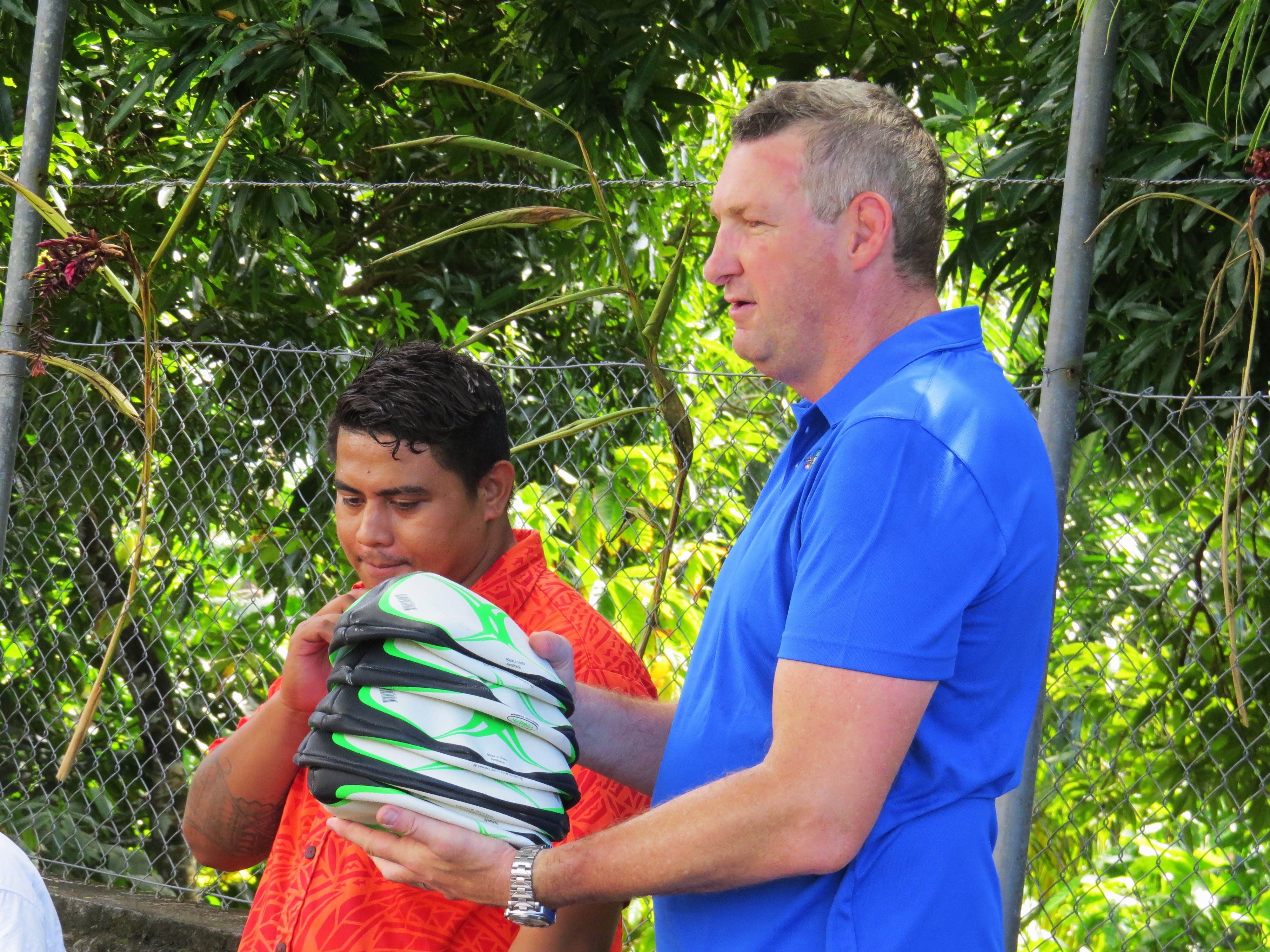 But Tuala also said that he believes a healthy mind follows a healthy body.

“Today’s event also supports our goal of promoting healthy living and exercising for a healthy life," he said.

“We are fortunate to have such very influential people in the game of rugby here to help and encourage our children and to share their knowledge and experiences with our students.

“We are very grateful for [the] opportunity and for choosing our district to be the hosts of such important programme.”

Harrison, the General Manager of the Classic Wallabies, thanked the students and reminded them of how important it is to exercise and live a healthy life.

He also spoke about the strong ties Samoa and Australia share, not just in rugby but many other aspects.

Sielise Asotasi, a Year 8 studetn from Pu’apu’a Primary School, said she was extremely happy to be part of Monday's event.

“I didn’t know there was going to be a visit to our school,” she said.

"I didn’t want to miss out on the opportunity to listen and learn a few skills from these people from Australia.

“As a girl, I want to be active physically and play rugby.”

All the schools who participated in the clinics were given rugby balls and water bottles from the team.

‘’This is a fantastic opportunity for the Classic Wallabies to engage with our Pacific Rugby allies and fans," Harrison said.

‘’We’ve seen the impact our visits have on local communities across Australia over the last couple of months and now we get to spread that passion even further in places where Rugby is the beating heart.''

The tour also highlights the strong friendship between the two Rugby nations which began when the Qantas Wallabies first played Manu Samoa in 1991.

The team also hosted clinics in other Primary schools in Savaii with their last clinic held at the Prince Albert Park in Iva. They have since headed back to Upolu to host more school training days.

Today they will host clinics at Samoa Primary School in the morning and Marist Mulivai in the afternoon.

The team fly back to Australia on Thursday after a final stop at the Moto’otua Hospital Children’s Ward. 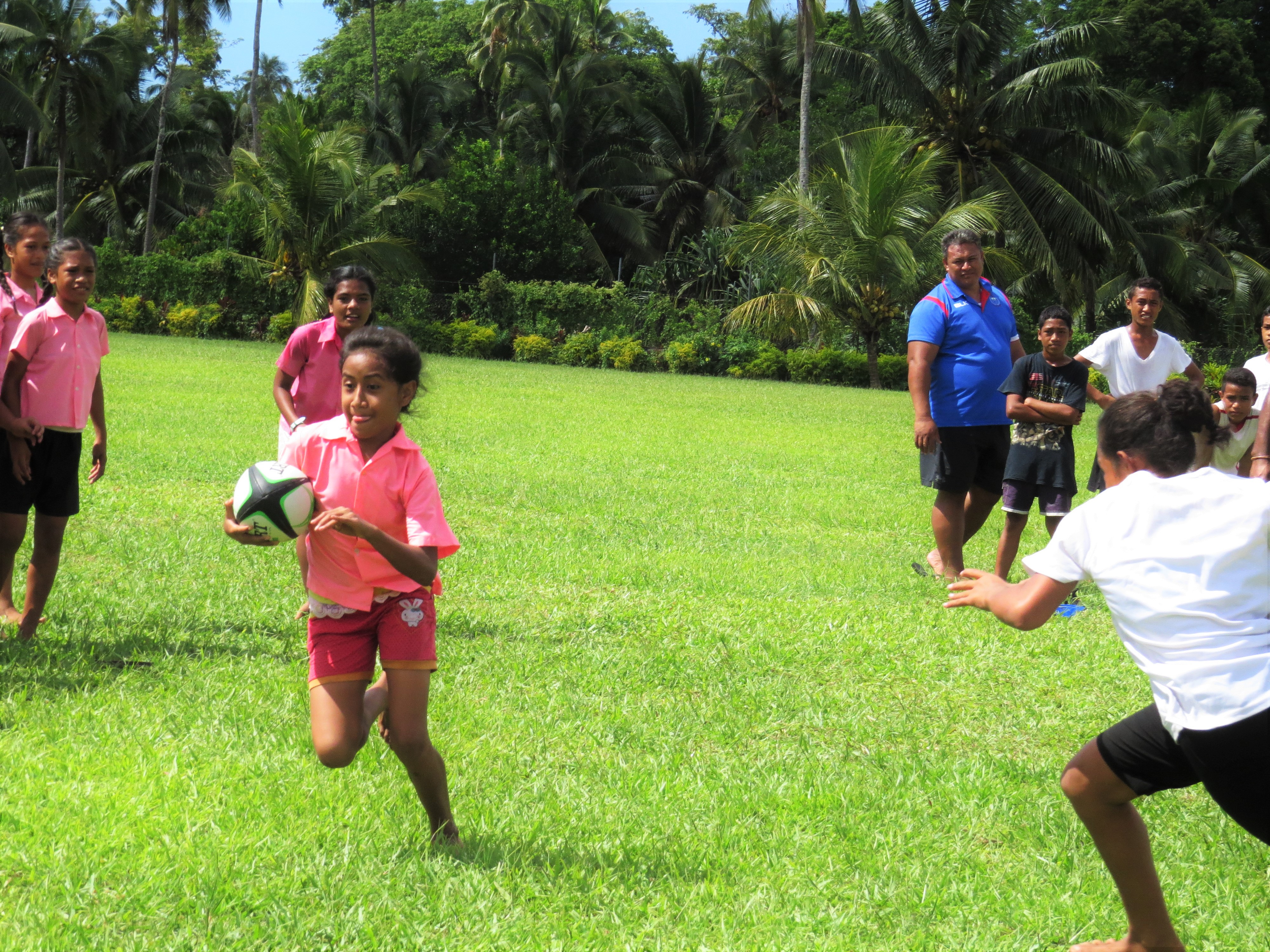