Newly capped loose forward, Henry Stowers, got plenty out of the Pacific Nations Cup, learning from the Manu Samoa senior players and coaches.

The 24-year-old of Tafagamanu and Sale’aumua made his debut against the U.S.A. on August 3rd, before coming off the bench against Fiji the following week. 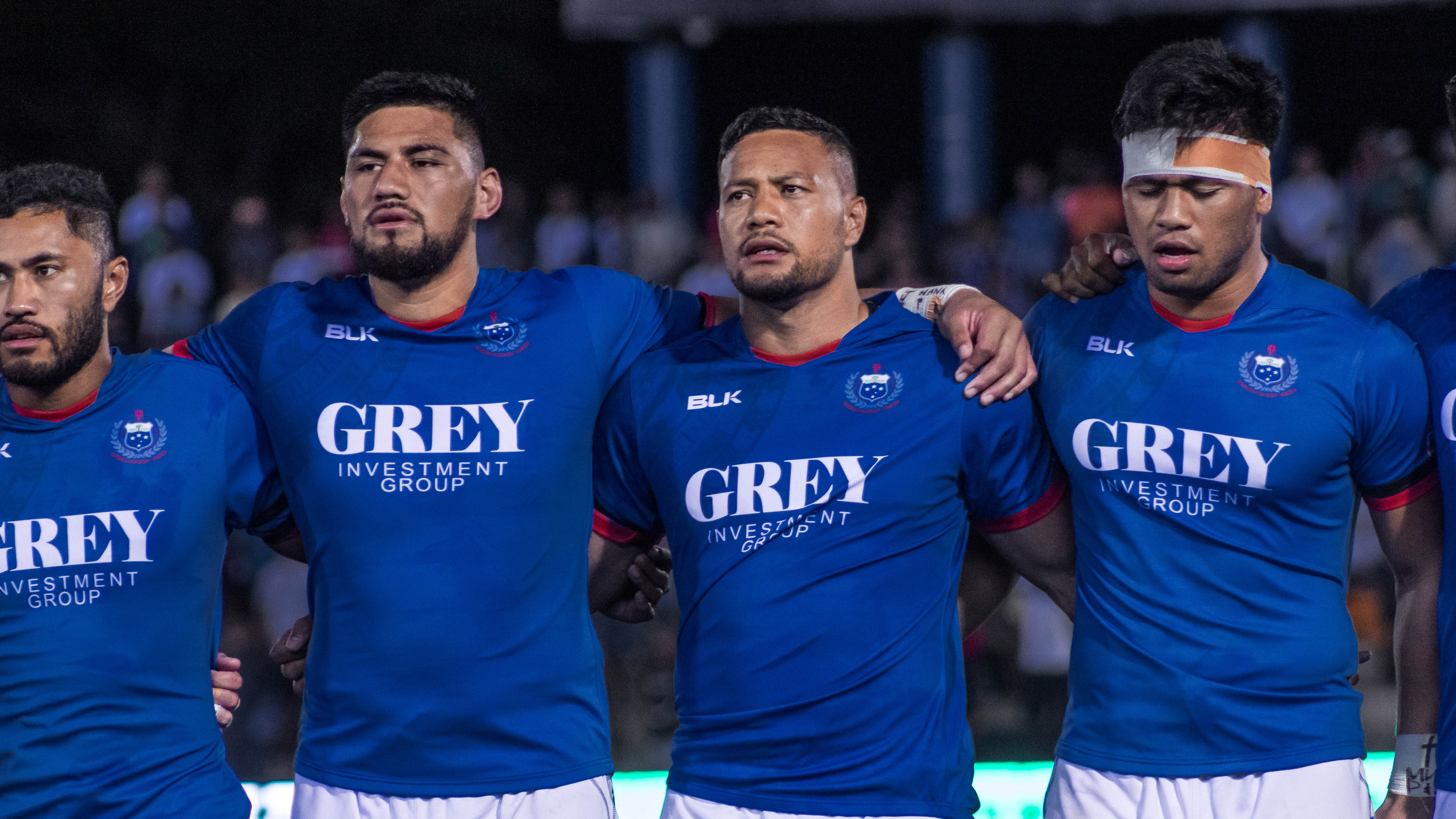 “Good bunch of boys, just enjoyed being in the environment."

He plays for the Western Force club in Australia, along with fellow P.N.C. call ups, AJ Alatimu and Henry Taefu.

Stowers said it helped having those guys around coming into his first Manu Samoa camp.

“Once I got to know most of the other boys, few jokers in the team, I opened up myself."

Stowers said he was blessed to play and train alongside some of the experienced stars in Samoa's loose forward stocks.

“It’s awesome to come in and play with the likes of Jack Lam and TJ Ioane, and Piula [Fa’asalele].

“Learning off them, seeing how they do what they do.

“I always get around Jack…, and he’s willing to share his knowledge with me all the time."

Stowers said having all those brains to pick is awesome, but the Samoa Observer understands he has missed out on a spot in the Rugby World Cup squad.

“If it’s enough for the coaches, then I’d be happy.

“If not, then I’ve gotta walk away from this P.N.C., reassess and look at my game and see what went wrong, what went well."

The Pacific Nations Cup callup capped a strong season for Stowers who captained the Samoa U20s in 2014 before playing for the New Zealand U20s in 2015.

A product of Wainuiomata, Wellington, he also played for Wellington and Bay of Plenty in the Mitre 10 Cup before representing Samoa A in the World Rugby Pacific Challenge in March 2018.

Stowers starred in that tournament, which earned him a spot at the Pacific Combine and a subsequent contract with the Western Force.

He said he is loving the club and living in Perth, where the club competes in Global Rapid Rugby.

“I can’t wait to be part of the new competition next year."