Manu Samoa moved to tears with their oldest, youngest fans

With just two days left in their home land, the Manu Samoa spent one of their last days before the Rugby World Cup on Wednesday visiting some of their biggest fans.

Players, coaches and management went to the Little Sisters of the Poor Mapuifagalele Home for the Elderly where they spent time with the residents and gifted them a signed jersey. 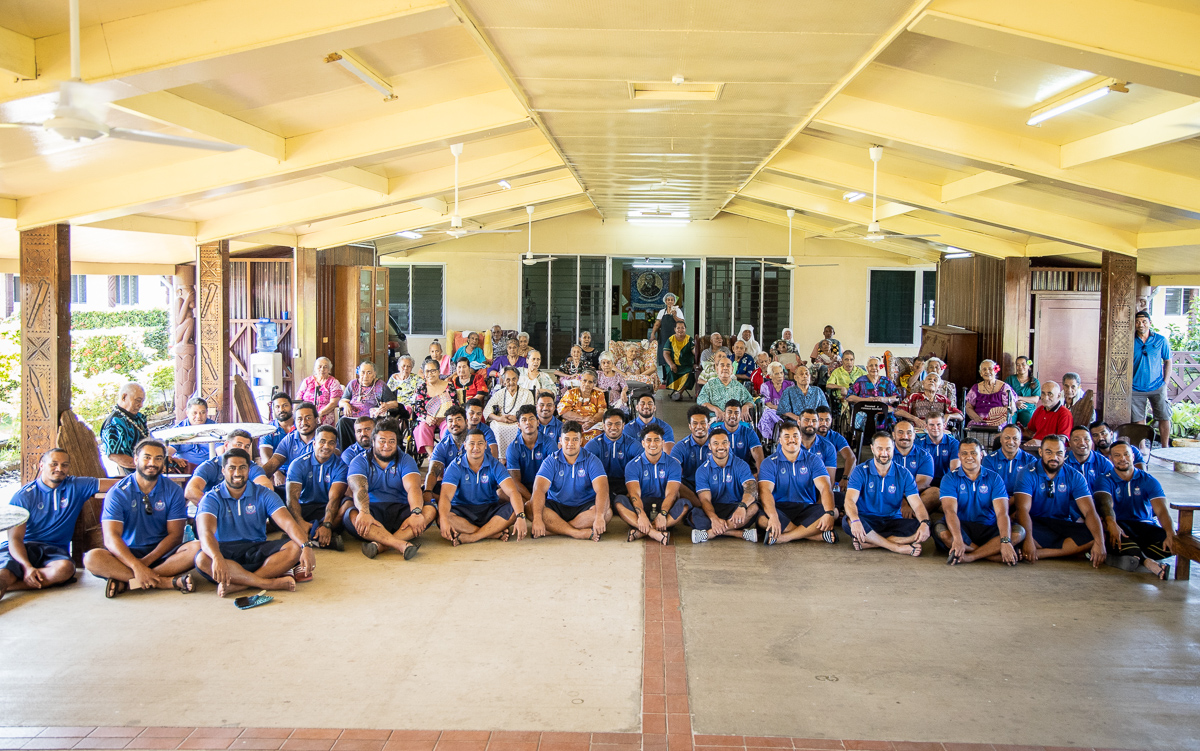 Then half the team went to the Samoa Victims Support Group Campus of Hope, Robert Louis Stevenson School and St Joseph's College, while the other half went to Leifiifi College,  Samoa College and Avele College.

At each of the schools the students enjoyed having their heroes among them, performing songs and dances for the team receiving the famous Manu Siva Tau.

Then, the roles were reversed when Manu visited the children at the Campus of Hope.

"We definitely do look up to you," prop Jordan Lay told them. 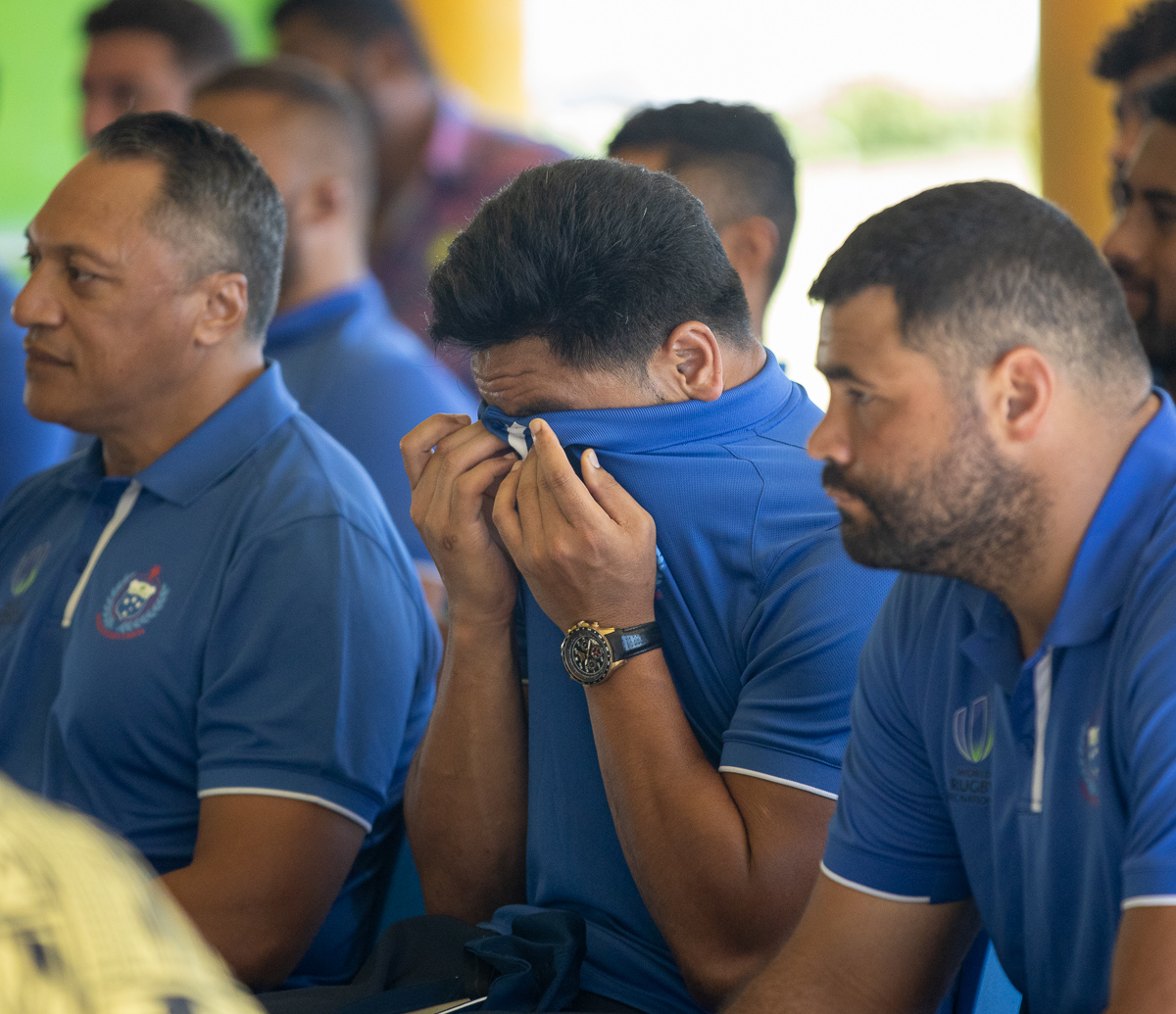 Each of the group took an opportunity to tell the children, who are victims of abuse at the hands of older people, that it was an honour and privilege to be there, and that they all look up to the children.

Manu number eight Afaesetiti Amosa was among many of the players moved to tears by the singing and dancing of the S.V.S.G. children:

"[It was] moving, emotional, I can’t explain it.

“How happy they were."

He said the performance of songs and dances was beautiful, especially after all they had been through.

“I feel blessed to have what I’ve got," he said.

“I’ve seen a lot of boys take their talent and what they’ve got for granted." 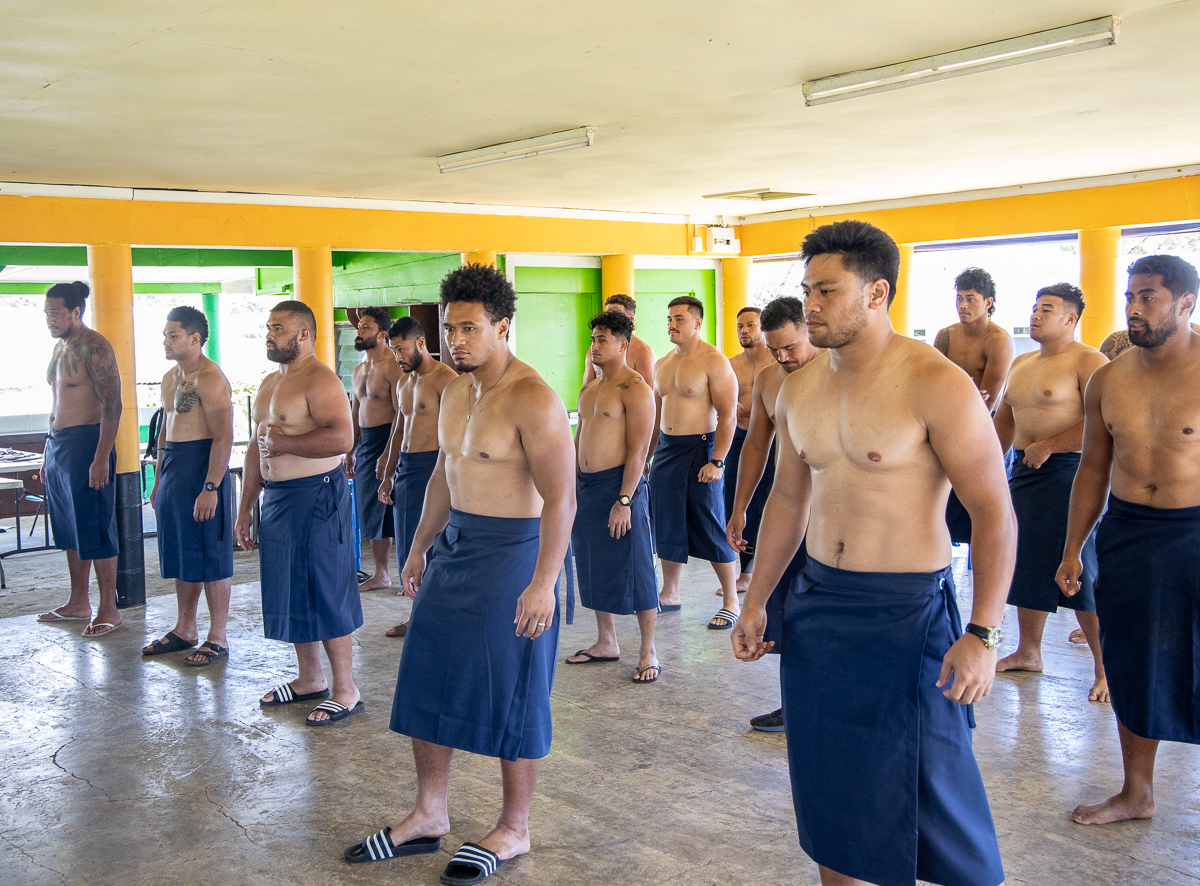 Amosa was also moved by the children at Robert Louis Stevenson School, and how high-spirited they were.

Loose forward Henry Stowers agreed that going to the schools was an amazing way to spend the day.

“Seeing the chants and the songs, and how happy the kids were," he said.

“I remember being a kid myself, and when some of the top players would come and visit the schools." 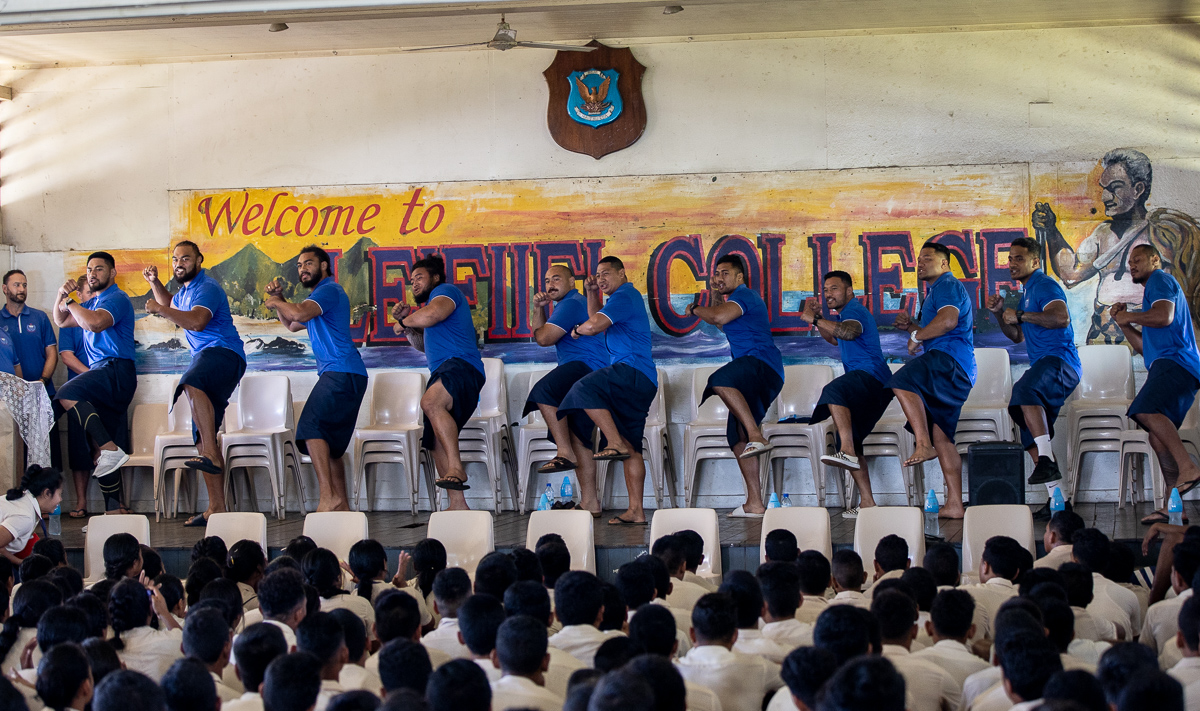 Stowers said he is blessed to have the opportunity to do that from the other side now, being in the Manu Samoa.

“It motivates you, so I hope we were able to give something back to them," he said.

“It was really nice to see the smiles on their faces and stuff."

The Manu Samoa Pacific Nations Cup squad leave for New Zealand on Thursday, where those selected for the Rugby World Cup will camp ahead of the warm-up game against the Heartland XV at Eden Park on August 31st. 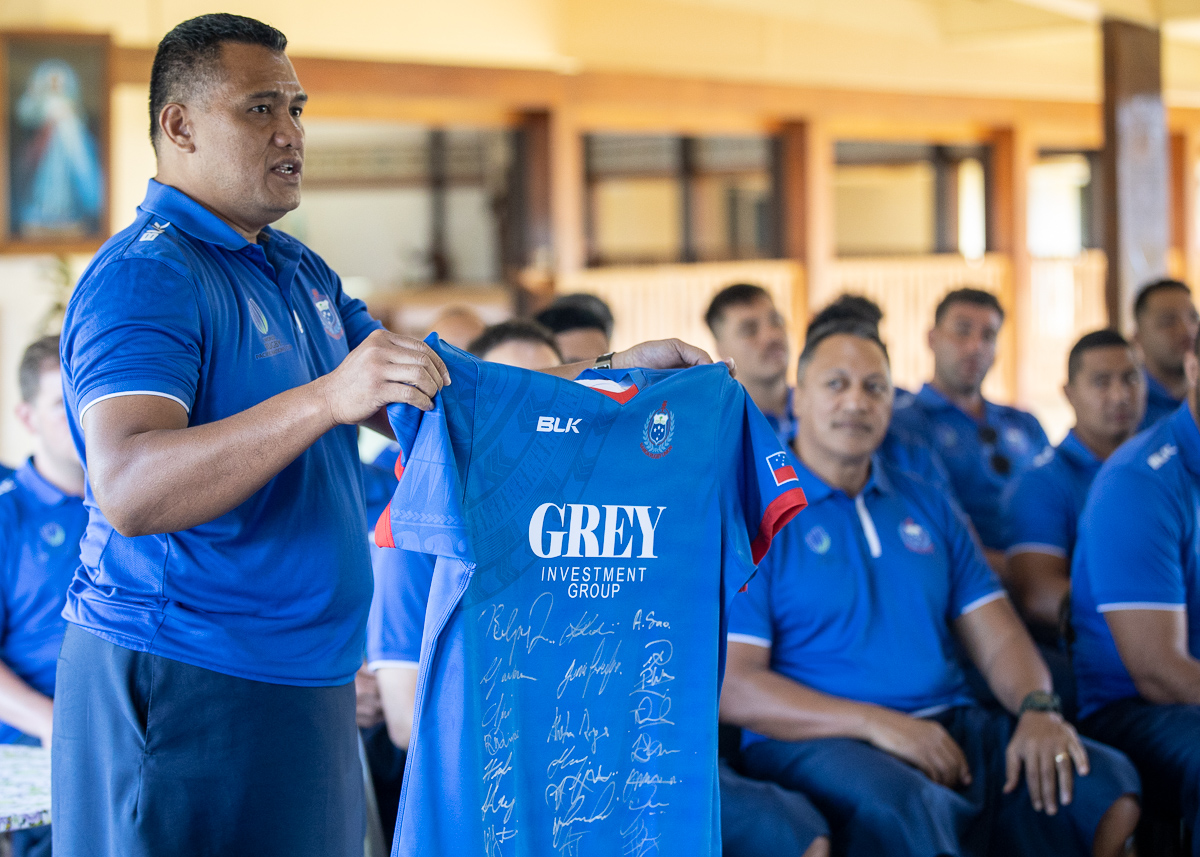