Siu Amosa is a teacher at Afega Primary School. But to his three children he is also a lot more.

His youngest, Tafou Amosa, said her father has been a hero in her life.

“I have learnt a lot from my dad,” she said. "He has done so much for me, my sister and brother."

"He did everything for his family, and he was a role model for my sister, brother and  me, he always talks about Church and telling us to put God first."

The family were gathered at Faleata golf course the

“He does not want his kids to live in blessing life,” she added.

My father is a humble person and he never gives up on anything to become a success in life and that is what my father taught us when we were young. 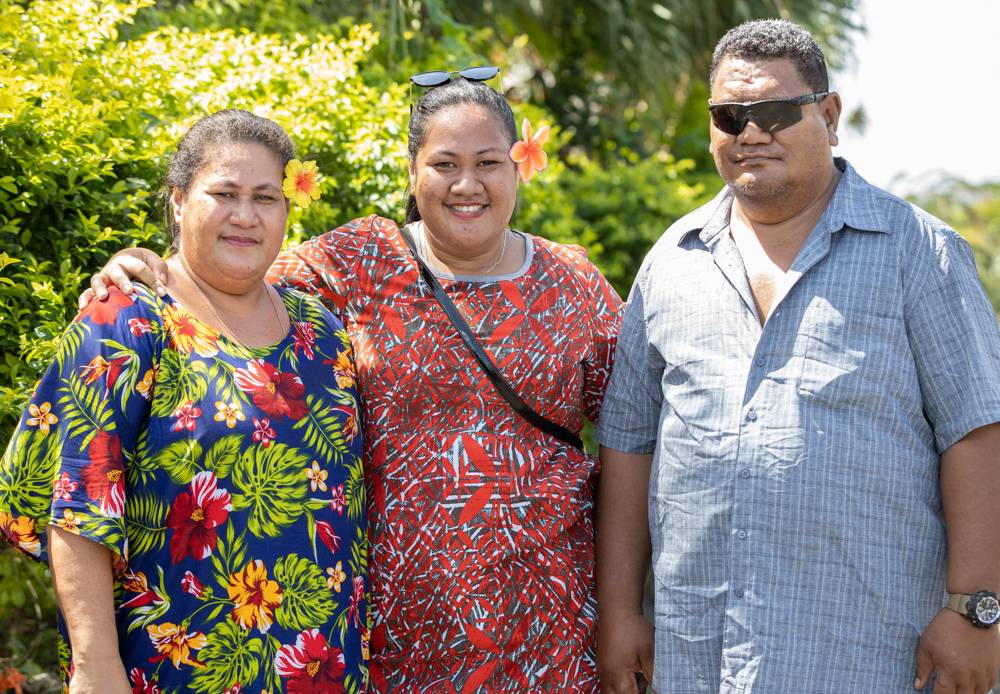 My best memories of my dad was when he encourage us his children to reach his college where he was educated in Avele College.

“His dream was for his kids to reach the college he was educated at” she said.

Siu Amosa wife Toalima Amosa old Samoa Observer her relationship with her  husband is  a good and he is  humble and caring person, in the family Siu Amosa gives his best to provide the family needs and also the church.

“He wants his children to live a better life and not a bad life,” she added.

Tafou Amosa said her best memories for her father when she was in eight in primary and her dad challenge her and her sister and brother which of them can follow his footstep.

“In the end of the year prize giving in primary my dad cry becauseI made to Avele College where he was educated,’ she added.