The parents of a baby girl who died after receiving a lethal and negligently prepared Measles, Mumps and Rubella vaccination will sue the Ministry of Health for $10 million tala.

Nurses Luse Emo Tauvale and Leutogi Teo have been jailed for five years for negligence causing manslaughter after preparing and administering a "deadly mixture" of vaccine powder and expired anaesthetic to two one-year-olds: Lannah Samuelu of Sasina and Lameko Siu of Safotu.

Lannah's mother, Marieta Samuelu, has told the Samoa Observer that no money can compensate for the life of her only daughter.

But after burying her only child, one who was born only after the couple endured seven years of difficulty conceiving, Mrs. Samuelu said compensation needs to be paid for Lannah's death.

Prior to Lannah's burial, Mrs. Samuelu said $1,000 tala was presented to the family from the Ministry with an ie toga.

“There was no ifoga (traditional apology) and the monetary assistance was presented by the Ministry in the absence of the nurses involved,” said the mother.

“We have forgiven them for their negligence but we have to be compensated for our baby’s death.

“I am still finding it hard to move on from what had happened because she was our only child and we will always remember her.”

Both families are suing the Ministry of Health it could not be confirmed at press time how much Lameko's parents are asking for in a joint lawsuit.

After Lannah's death, her distressed mother feared not ever bearing another child again.

She and her husband are still trying to conceive.

But an unexpected gift from family provided a counterpoint to the painful day of her daughter's burial.

Mrs. Samuelu said her sister sensed the pain she was going through at the thought of never having a child.

“My sister left for Apia again and decided to leave her newborn child for me as my own,” said the 28-year-old mother.

“She knew I was going through a hard time with Lannah’s death and I know it wasn’t easy for her to give up her son but she did and it was a way to help me heal and deal with my grief.” 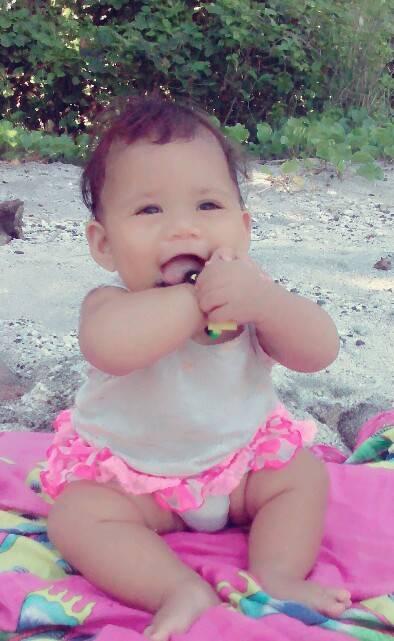 Mrs. Samuelu said her now one-year-old son is keeping her busy and occupied.

But since Lannah’s tragic death, she has been left in fear of any future vaccination.

“I don’t want to make the same mistake again,” she said.

“I am relying on his good health and God’s guidance to keep him safe. I just can’t go back to the hospital again, not after what happened.”

In July 2018 Mrs. Samuelu visited the Safotu district hospital to get Lannah vaccinated for the routine M.M.R. injection.

After the healthy one-year-old was administered the vaccine her mother noticed her going pale.

She rushed back to the hospital to have her baby examined. But attempts to resuscitate Lannah failed.

Lameko was the second 1-year-old was vaccinated after Lannah.

His parents Punipuao and Si'u Timua arrived at the Safotu district hospital within two hours of the death of Lannah.

They became aware of what had happened and the mother had refused to allow her son to be vaccinated.

At the time the mother claimed that the nurse on duty persisted and without her consent allegedly vaccinated her son administering the M.M.R. vaccine. 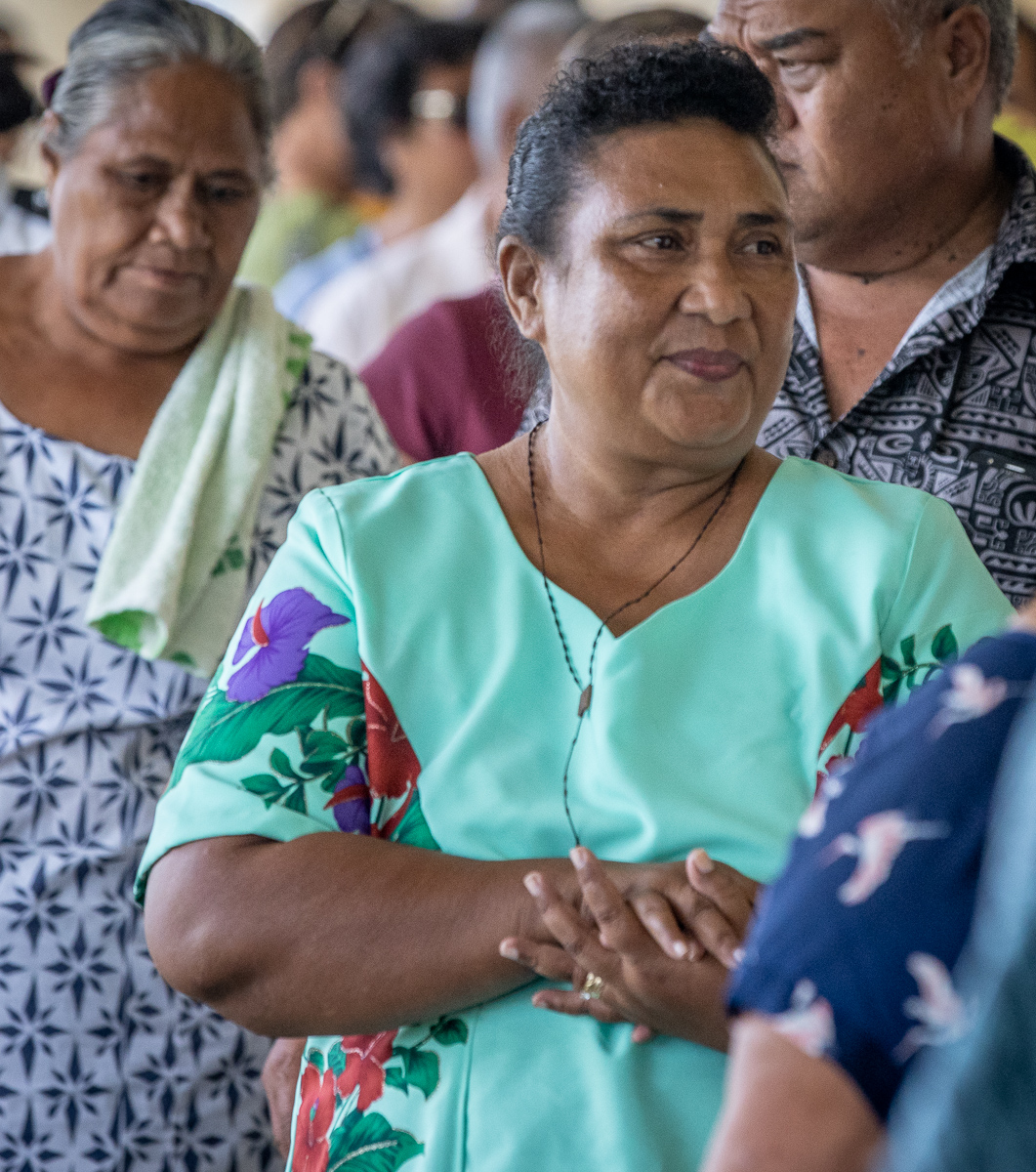 During sentencing of the nurses two weeks ago, Acting Chief Justice, Vui Clarence Nelson ordered a Coronial Inquiry into the death of the babies from Savai’i.

Justice Vui stressed that the inquiry is important to restore public confidence in the country's vaccination programme following the babies death.

On the negligence causing manslaughter and defeating the course of justice charge, Ms. Tauvale was ordered to serve five-and-a-half years in prison while Ms. Teo received a sentence of five years.

“It is hoped [that] the coronial inquiry and also comments in the sentencing of the Court will reassure the mothers and everyone else, the reasons for the death of the young children is not the vaccine but the negligent [manner] in which it was administered by these two women (nurses)," he said.

The Court’s usual procedure during sentencing for cases relating to homicide is to reveal coronial findings concurrently.

However, for this matter the Acting Chief Justice instead opted to delay the Coronial Inquiry for independent review.

“That is because it is necessary to determine who exactly did what and whether protocols and other matters need to be revisited so this does not ever occur again," said Justice Vui.

“I have no doubt the coroner will issue the necessary findings and recommendations in due course.”

Justice Vui said convincing people to vaccinate their children against potentially fatal diseases is a struggle in many countries.

“And in our country the medical authorities also face this problem, this incident has led to both mothers refusing to vaccinate their other children, something which is quite understandable, but it makes their children vulnerable to many crippling and dangerous diseases," he pointed out.

“The defendant’s actions have eroded the confidence of these mothers in vaccinations.

“It is something that can easily spread to other mothers and put at risk to the entire vaccination program and the children of our society as a whole." 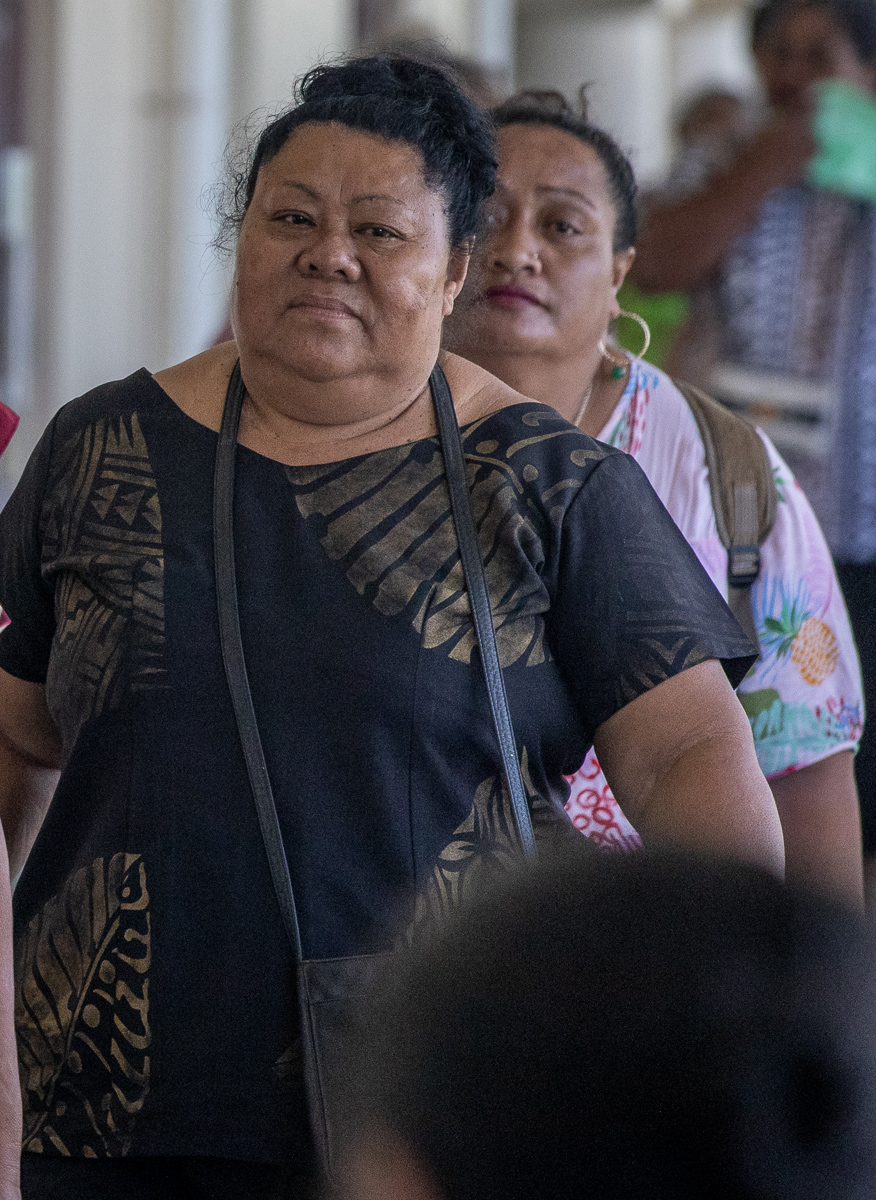 Samoa's routine M.M.R. vaccination was resumed nine months after it was suspended as a result of the incident.

In April this year the Ministry of Health (M.O.H.) Director General, Leausa Dr. Take Naseri, said vaccines used in Samoa are pre-qualified by the World Health Organisation (W.H.O.) and are therefore safe for use.

He explained the checks by the W.H.O. were thorough to ensure the vaccines are suitable for children, and the Government's vaccination program has a long history, dating back to the time prior to national independence in 1962.

“We are currently in a critical period where parents and families have fears and suspicions on the vaccine," said the Director General.

"But vaccinations are not new in Samoa; it has happened ever since before independence; it was through these vaccines that protected the lives of children from various diseases, that [could have] resulted in deaths.

“These vaccines will protect you throughout your lives from encountering diseases.

"We urge our people to consider what is good for their kids, in terms of ridding them of various diseases that can harm them and no parent wants to see their children sick.

"Vaccination will ensure your child is safe."

Furthermore he noted a low turnout for other vaccination programs, but stressed that having a child vaccinated is the only way to protect children from the threat posed by diseases.