School of Life seeks to fill gaps for students

A last minute call to duty for the Pacific Games took plenty of time away from Samoa College students' studies last month, but a new kind of education - a 'school of life' - is seeking to fill the gaps.

Students from Samoa College and St Mary's College came to the rescue after another school - the Congregational Christian Church of Samoa (C.C.C.S.) College - pulled out of the Games' Opening Ceremony because it was held on a Sunday.

Close to five hundred students camped out to rehearse in time for the July Opening Ceremony; they won praise across social media for their contribution.

“The students were behind with their studies because the preparations for the S.P.G have taken much of their times from their studies,” said Samoa College school Principal Auava Rimoni Reupena.

But just as they faced that deficit in learning, the School of Life foundation offered to teach a course on how to focus for success.

The American-based non-profit organisation founded by Jack Rolfe is paid a visit to a school assembly on Wednesday as part of its tour around Samoa to help them with their preparations for graduation.

The program has been running for seven years and its founders claim to successfully take 90 per cent of participants (all of whom previously dropped out of school) through to graduation.

“And so, from that success, we wanted to spread it further and [we] were invited to come and share in Samoa," said Mr. Rolfe, who is in Samoa with his family members to spread the word about the program. 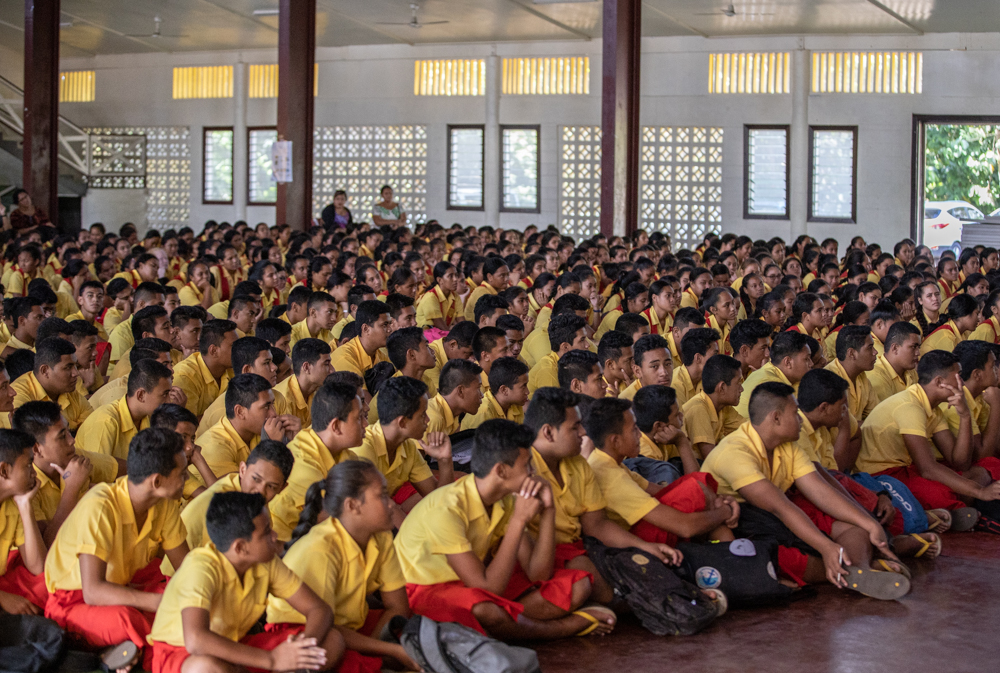 The programme is normally taught by teachers after school.

However, the School of Life Foundation is now launching a new version based entirely on the internet and for use by teachers in classrooms.

Social emotional learning will also be added to the education program in its latest iteration.

Auava said the programme would be a welcome addition: “It would greatly help the students as there was a big void from when South Pacific Games was on. It’s a nice program to help provoke, encourage and remind the mind of the student of the reason why he came to school especially since they’re preparing for exams, the time is short.

A couple of inspiring short clips were screened in the meeting.

“If the students put their minds into it then they can reap what they should reap and that is also the staffs’ dream, for the students’ to get something useful at the end of the year and not go home blank,” Auava said.