A police car was involved in a crash at Vailoa on Monday afternoon.

The crash took place at the Petrol Pump gas station on Vaitele Street after 3 pm.

A nearby resident, Tauapai Usoalii, said a black car that had recently refuelled at the gas station was leaving and pulling out onto the main road when it collided with a passing police car.

"We were talking with one of my elders in front of our house, and then we saw the black car coming from inside the gas station and when it almost got to the road, we just looked away for a second and then we heard the bang," he said.

The collision left the small black car badly damaged. It lost its bumper and the car's front wheel axle was broken.

The police vehicle involved was understood to be from Ministry headquarters and had been donated by the Australian government.

A Police Officer at the scene of the accident declined to comment. 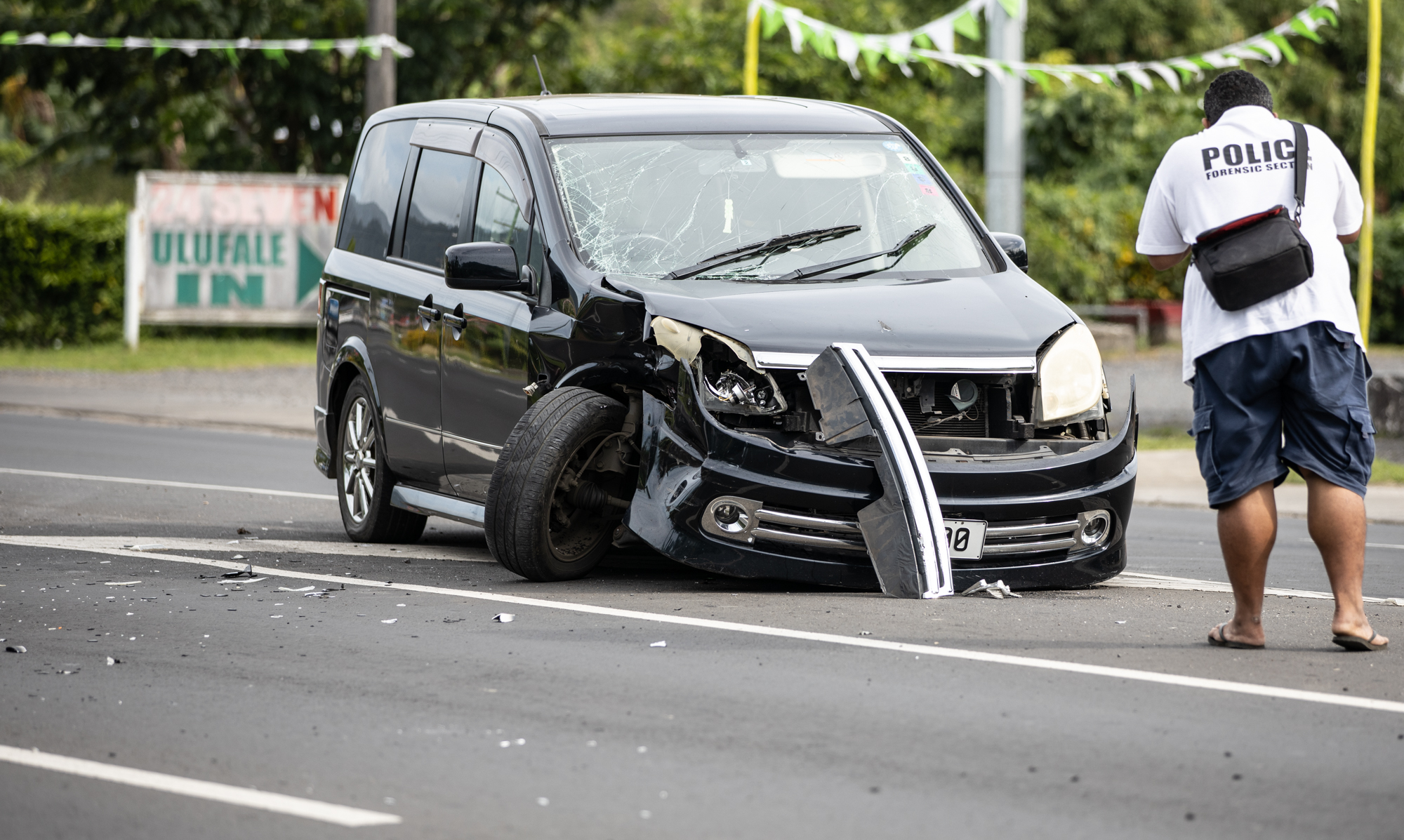 Both drivers of two vehicles including passengers of the black vehicle have all escaped injury.

The Deputy Police Commissioner, Papali'i Monalisa Keti, was not available to comment on Monday afternoon.