During his weekly programme with the media Tuilaepa said the S.R.U. has yet to make a decision on the future contract of Vaeluagaomatagi Steve Jackson.

Vaeluaga's contract with the national team expires at the conclusion of their Rugby World Cup campaign.

Last week the Manu Samoa Head Coach said it was unclear whether he would take up an offer of employment with the Southern Kings club in South Africa.

He acknowledged that seeking employment opportunities is what people do when they are on a limited contract and it’s understandable.

“In the meantime, we have a good coach and we must wait until after the World Cup to discuss his contract,” said the Prime Minister.

The coach recently told the Samoa Observer he recently fielded an informal offer to be the head coach of the Kings but said he did not apply for the job and was first notified of their interest in his services a few weeks ago. 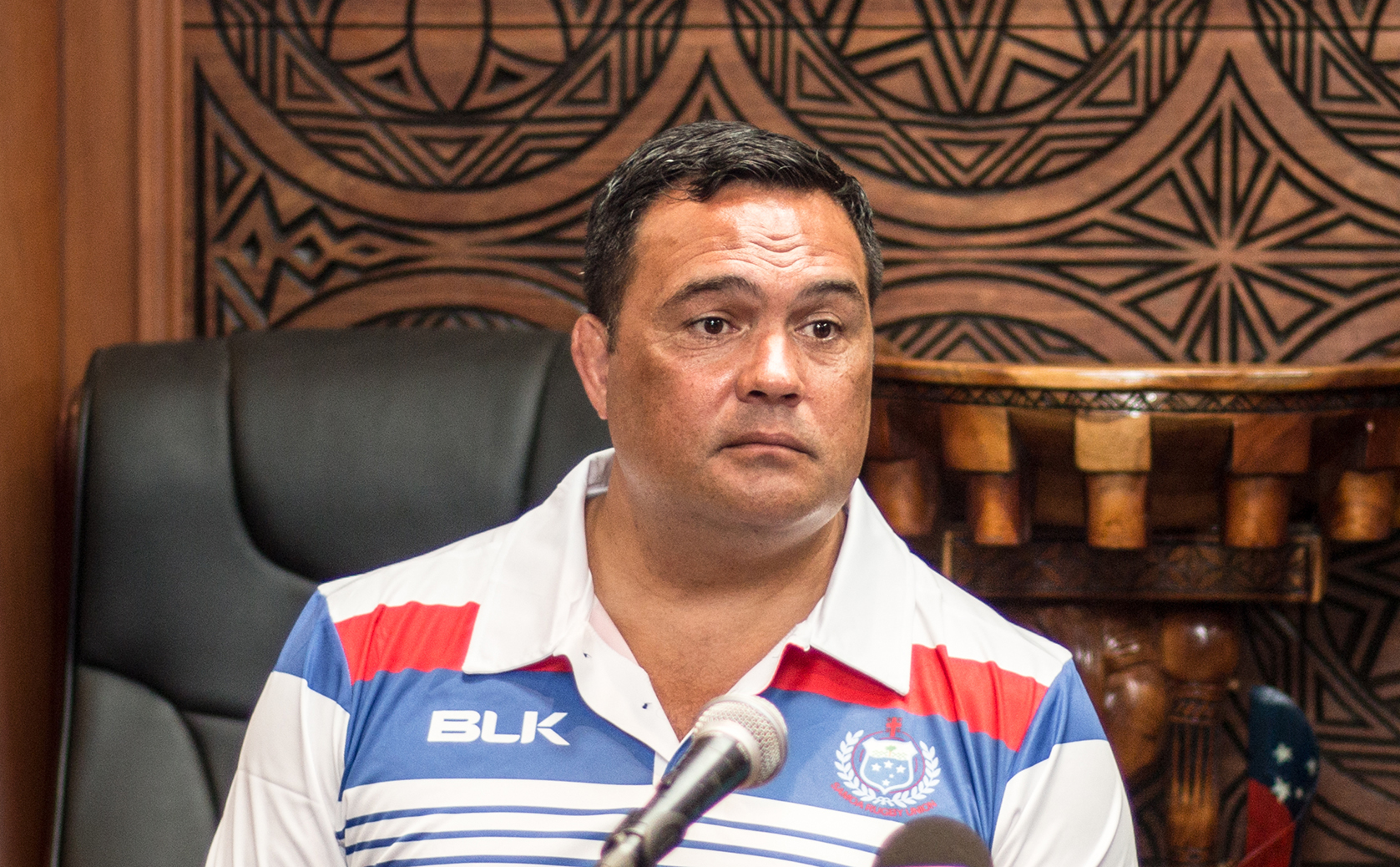 But he said that while negotiations with the South African team are ongoing, the issue will not be a distraction for Samoa's Pacific Nations and World Cup campaigns:

“My sole focus is on what we’re doing here with the team," he said.

“I know I’ve got a job to do at Rugby World Cup, and my heart and soul is with Samoa.

“In saying that, Rugby World Cup will come and go pretty quick… I need to sort of think about my future as well, for my family.”

A single mother of Afega and Nofoalii was the grand prize winner of a Digicel Samoa promotion and was driven away in a brand new 15-seater Toyota Hiace van on Thursday.