"Justice has not been served" – father of deceased infant

The grieving parents outside of the courtroom after sentencing of the nurses. (Photo: Vaitogi Asuisui Matafeo)

The father of a one-year-old who died after receiving a deadly mixture of vaccine and expired anaesthetic has condemned the sentences given to two nurses involved in the fatal mixup.

"Hearing the sentencing handed down broke my heart ever more."

Mareko is the father of Lameko Si'u, a boy from Safotu Savai’i and one of two infants who passed away minutes after receiving an incorrectly mixed Measles, Mumps and Rubella (M.M.R.) at Safotu Hospital last July.

The nurses, Luse Emo Tauvale and Leutogi Te’o, were sentenced to five years jail on Friday for negligence causing manslaughter, for their roles in preparing and administering a vaccine mistakenly mixed with expired anaesthetic.

Speaking after Friday's sentencing hearing, Mr Si’u was accompanied by his wife and the parents of the other baby who died in the incident, Lannah Samuelu of Sasina.

“Moving forward and forgiving is the concept I have been fighting to uphold since my son passed away, but it has been hard," he said.

“To be here and sitting in Court, listening to the sentencing, led us back to July last year; a day I will never forget.

“The sentencing was too lenient; they should have been jailed for life.

"Their actions took away my son and I know justice has not been served here".

Lameko was the youngest of his siblings.

He told the Samoa Observer that Friday's hearing gave him clarity for the first time on the steps leading up to the death of his son.

“They were reckless and their actions took away my son," Mr Si'u said.

No parent should bury their child, but we did and we don’t wish this unbearable pain on anyone,” said Mr Si’u.

Mrs. Si’u agreed with her husband. 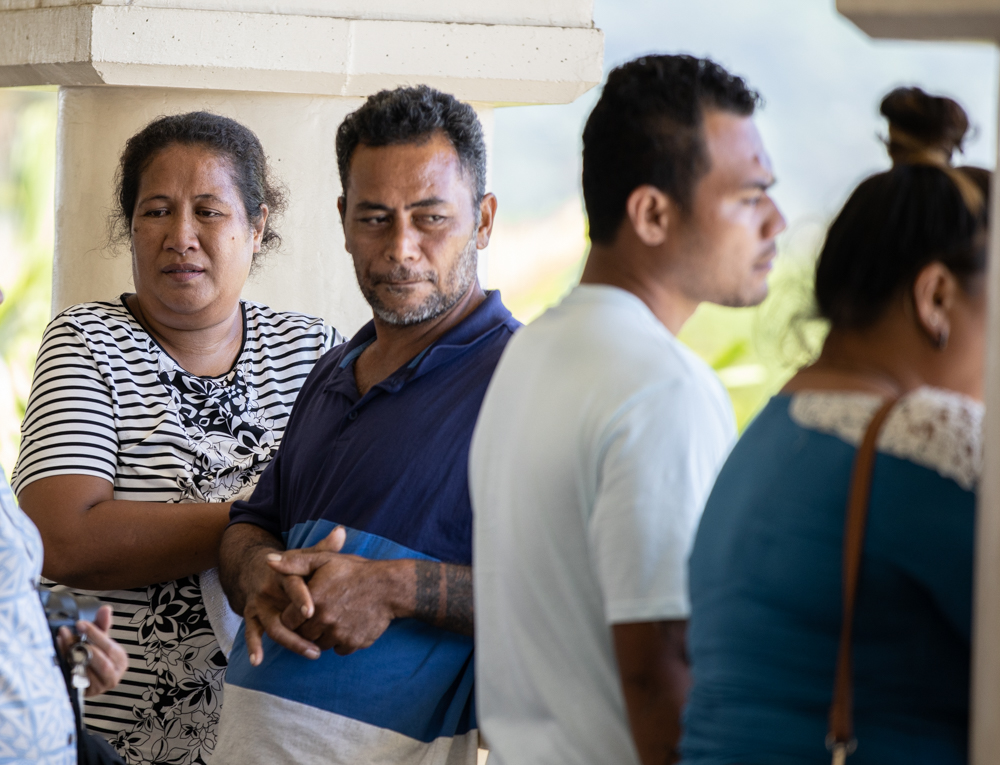 “I don’t understand how the judge can levy a five-year sentence," she said.

"A life is lost, if anything life imprisonment should have been rendered for the nurses."

Samuelu Tui Su’esu’e the father of Lannah, however, said he believed the sentence was fair.

"In reality there is nothing we can do. In the past a death penalty should have been applied, but we are at the stage where Samoa no longer considers that, so in the end I am happy with the decision by court," he said.

"I have forgiven the nurses and we will try and move on."

Justice Vui read out a victim impact statement on Lameko Si’u, which stated that the boy's mother found it difficult to move on with her life after the incident.

“I will never forget my son and how he wakes up in the early hours of the day," the Court heard.

"He was a joyful and high spirited baby and it will be hard to move on, let alone forget this joyful character in our family.”

Lannah, the Court heard, was the family's only child and arrived seven years after her parents were first married.

"This is my only child that I bore from my stomach," the report said.

“I will never forget her ways a happy and joyful child. I also find it hard to accept what happened to my baby and especially my mother-in-law; this is her first grandchild.

"It has been difficult."