Samoa Stationery and Books' Samsung campaign ended on Thursday with a prize giving for eight competition winners who shared in prizes worth $15,000. 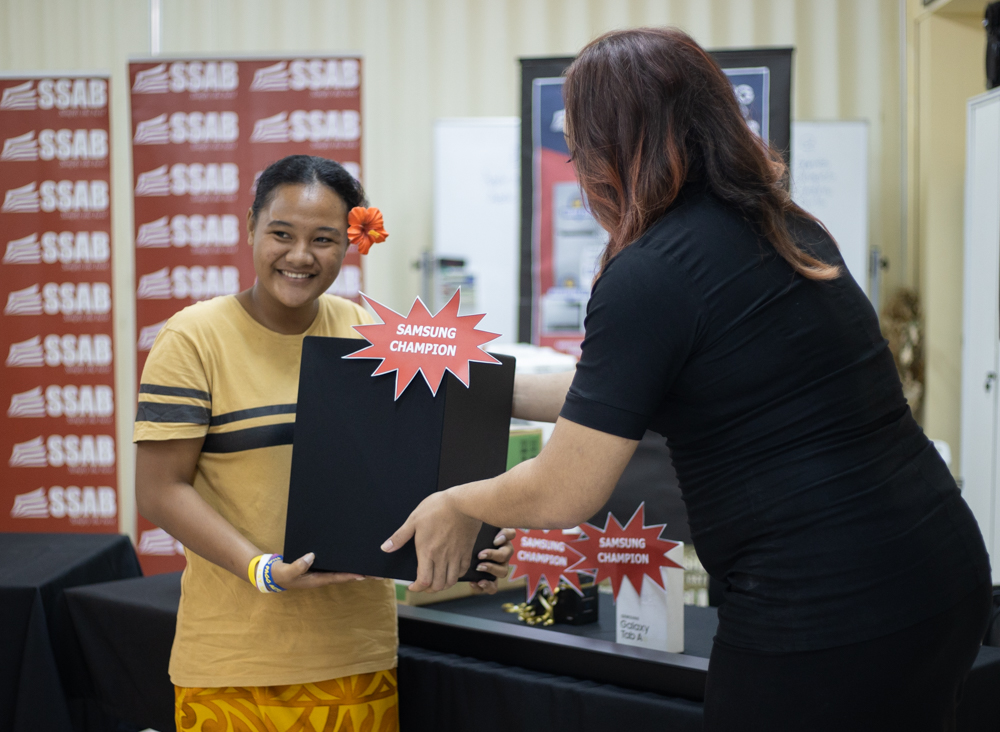 "And the name of our promotion was Samsung the brand for champions, it actually coincides with the Pacific Games that was successfully hosted by our country and all the credits to everyone involved."

SSAB were part of the sponsoring family of the 2019 Pacific Games, pledging $200,000 towards Samoa’s preparations. 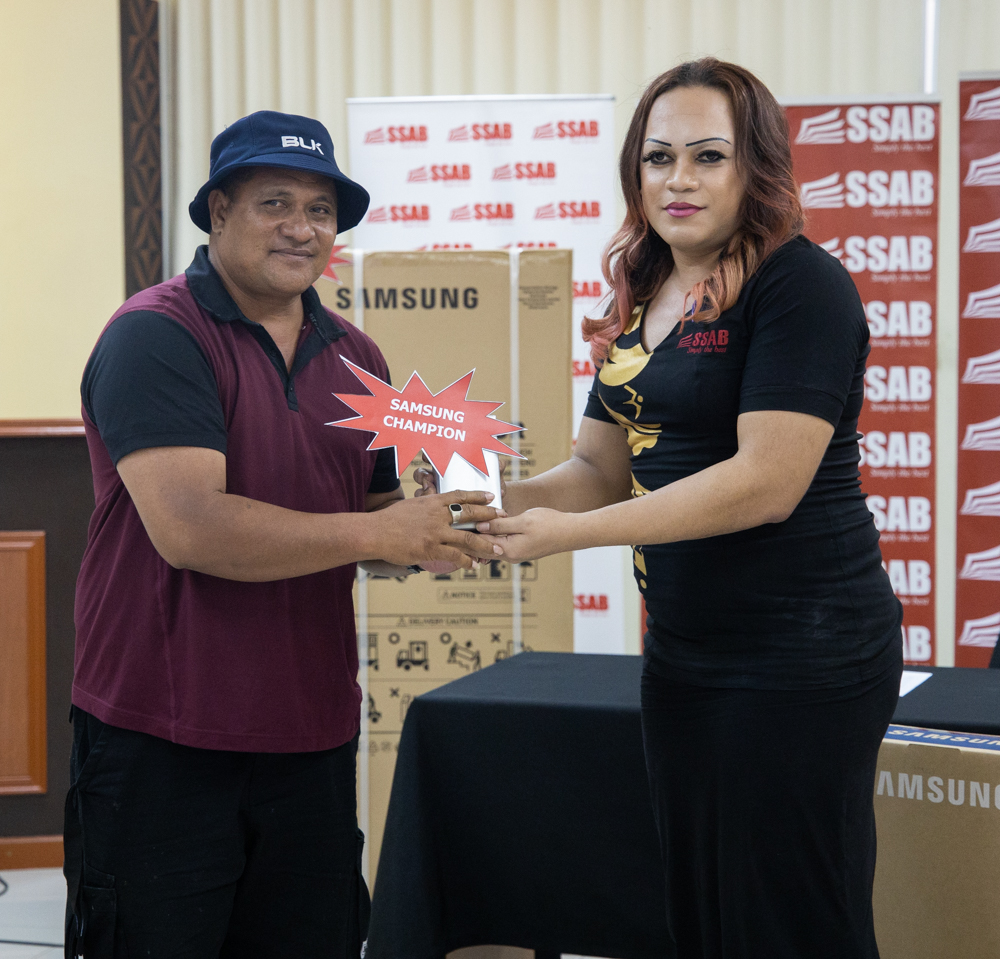 Asomua said the total amount of entries to the promotion boxes distributed was between 200 to 300.

"They just have to buy a Samsung product and go into the draw to win prizes," she said.

"Today is the harvesting day for all our winners and we would like to thank all our valued customers who actually bought all of their Samsung from SSAB and for supporting our Samsung for Champions campaign for the month of July." 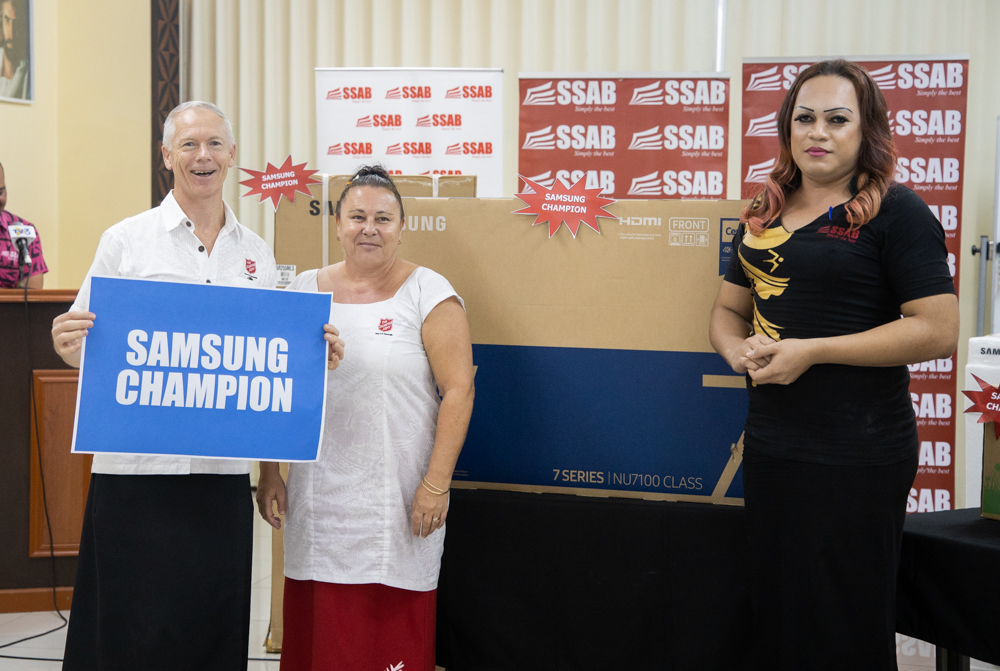 Lieutenant Rod Carey of the Salvation Army relayed his thanks to the company for their service after he received a Samsung 49” LED TV.

"Just to say a big thank you to SSAB, we appreciate all the shop does for Salvation Army for always being so kind to us, the service is always excellent and the staff is friendly.

"We gifted [another] TV to the Goshen Trust and as the Tusi Paia says: give and it shall be given to you, so we gave a TV away and you are now giving us a TV, so fa’afetai tele lava. 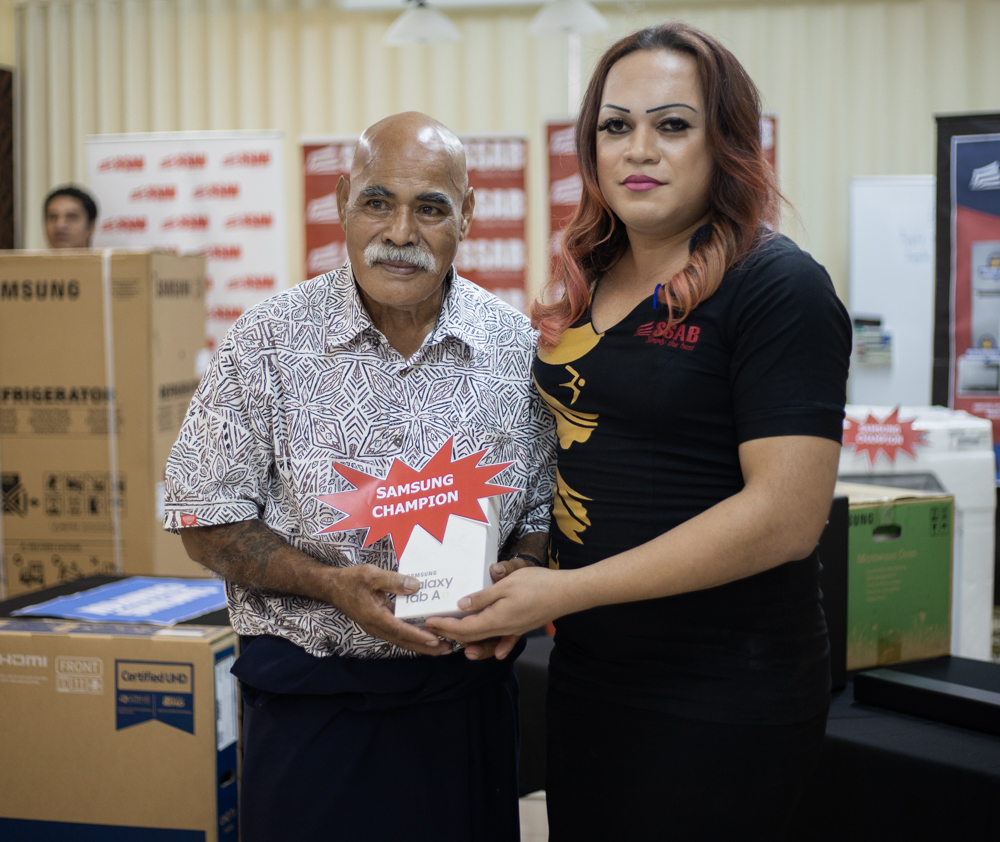