Traditional knowledge needed to save oceans

The inclusion of culture or traditional knowledge will be a significant addition to scientific research focused on saving the ocean in the face of climate change, a UN workshop has heard.

The role of traditional knowledge was highlighted by the Executive Secretary of Intergovernmental Oceanographic Commission of the UN's education and science peak body, Vladimir Ryabinin, at the United Nations Decade of Ocean Science workshop for Sustainable Development 2021-2030 at the Pacific Community (S.P.C.).

“Traditional knowledge also defines a requirement for science because people historically know what needs to be delivered and then based on experience - what we live in the world, it is changing so fast," he said in New Caledonia last week.

"We really treasure that contribution.

“The past history may be used in a totally new [way] and this requires dialogue.

The manager of ocean affairs for the regional body the Pacific Community, Jens Kruger, said that culture was often discussed and it needed to be brought into ocean science deliberations.

“We are really saying that the Pacific has something unique to say to the world," he said.

"We need to be consistent and united in that message that culture is a cross-cutting issue when it comes to reversing the climate ocean health."

The University of the South Pacific’s head of the Oceania Centre for Arts, Culture and Pacific Studies, Frances Koya Vakauta, said that holding conversations on culture was difficult when adopting or ratifying decisions at such a magnitude.

“It is usually quite a difficult conversation to have and what I found very positive was how receptive everyone has been," she stated.

“No one can deny that the basic survival depends on healthy oceans and so for me moving forward, I would like to see this conversation go into the wider community so that we can see what we can do on the ground.

“It’s one thing to be in a room and talking to many who are and another to try and bring about some change on the ground in our practice to see that happen but I am very excited about the ongoing conversations that we have already committed to."

Ms. Vakauta stated that one of the more positive outcomes from the workshop on a very local level is that coming together will strengthen our partnerships:

“A lot of the time culture kind of falls off the wagon at the second year; if you’re lucky it’s on the table on the first year and most times it’s a section in the document that you’re not really sure what to do with because none of the actions are aligned with that particular cross-cutting theme or issue." 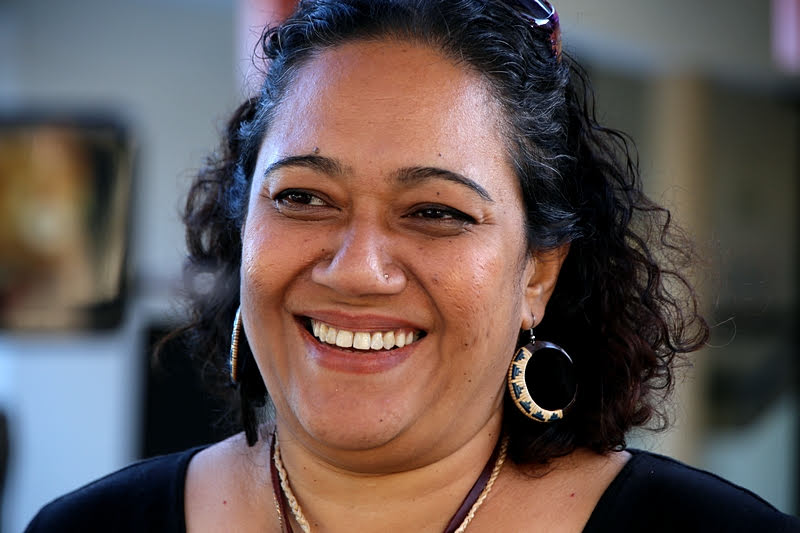 “If culture is going to make a difference [in the region] and if culture is our unique contribution to the world then we need to be more serious our approach to it," she said.