For the Methodist Church in Ti’avea-uta, Friday was the conclusion of a two year effort that sometimes seemed out of reach.

The construction of a new church building with 100 pews for worshippers and a house for its Pastor was described by Church leaders and members of the congregation alike as a major milestone in its history.

The church spent more than $510,000 tala on construction work; a figure that does not include the costs for the roof, the tiles and the doors of the church building.

The president of the Methodist Church of Samoa, Reverend Apineru Lafai, cut the ribbon on the new church.

The pastor, Rev. Maluafiti Aumua Iosefo was pleased with the results of what he described as an often difficult road to completion.

“Thank God for strengthening us through the whole two years of this work especially my congregation," he said.

"Some have been caught by weakness and easily give up; a lot of people got hurt, including myself, but all this pain has vanished out of the blue just by looking at the results."

The completion of the house was a particularly sweet moment; its construction was finished ahead of schedule and in time to coincide with the opening of the main building, the Pastor said:

“Having two construction works at the same time was a wake-up call for our congregation and myself that anything is possible with God and believing it, instead of just saying it.” 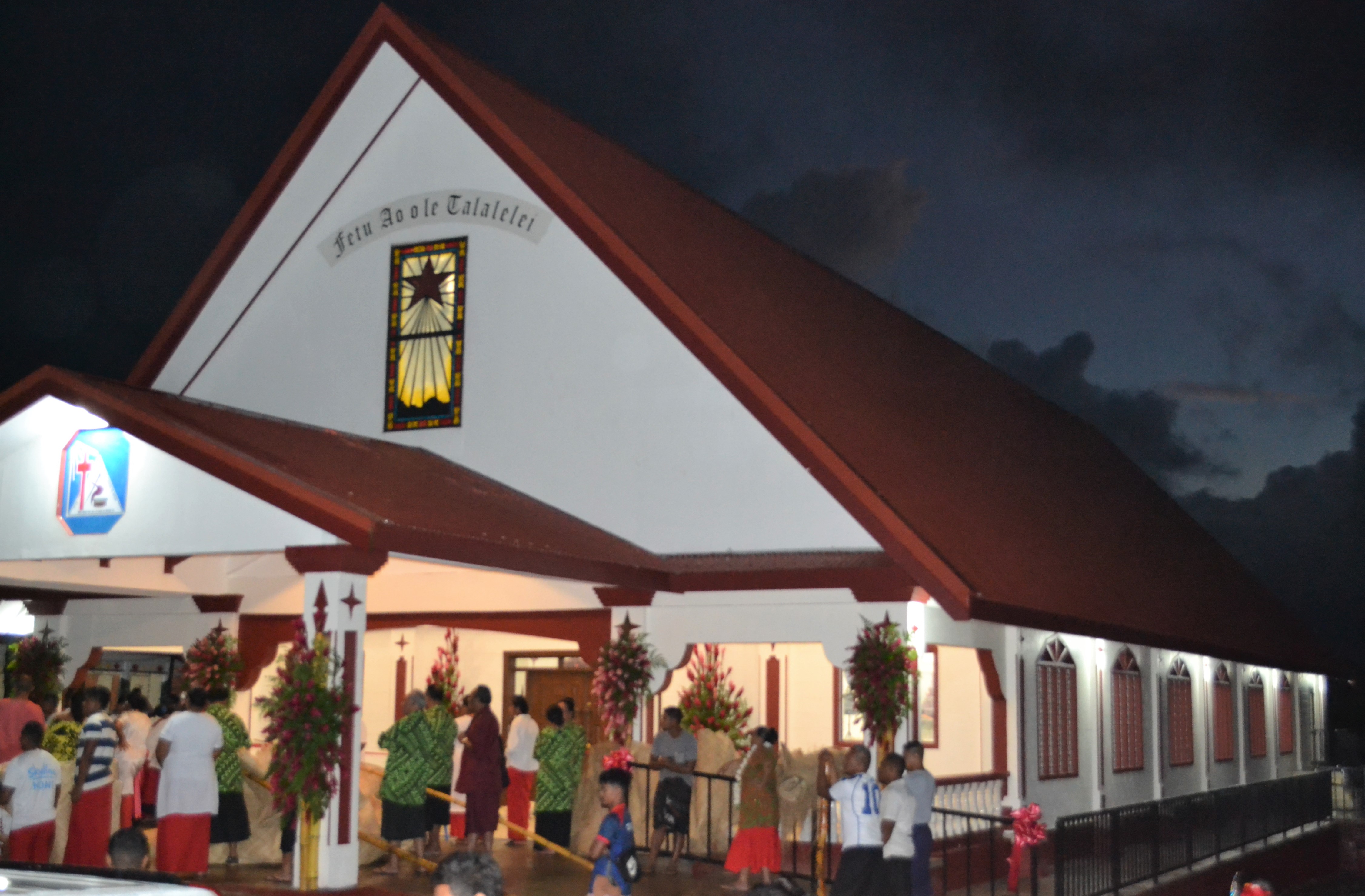 Reverend Auma praised the generosity of Methodist communities in Samoa and overseas who were able to help finance the buildings' construction and prevent the church from facing a substantial deficit or a reduction to the scope of the project.

Initially, the congregation was only able to raise donations totalling $89,000, or just enough to pay for the cost of laying new foundations.

A total of about $150,000 in donations flowed from Samoa and overseas to cover a shortfall and church leaders and community members turned their hand to fundraising to cover the difference.

The Melbourne Methodist community from Australia donated $110,00 tala while church followers from New Zealand that donated $40,00 tala for the church.

Several Matafales of the church also had their offers in the church.

Other fundraising contributions came from small church-based activities such as the celebration of  members’ birthdays, performances during the services and Tausala (a Samoan ball).

“First thing [Saturday], we’re going to pay off all the debts we owe: thanks to the presence of our heavenly father, that we were able to be blessed,” Rev. Aumua said.

According to Rev. Aumua, these and other setbacks slightly delayed construction work but perhaps made Friday's opening more special. 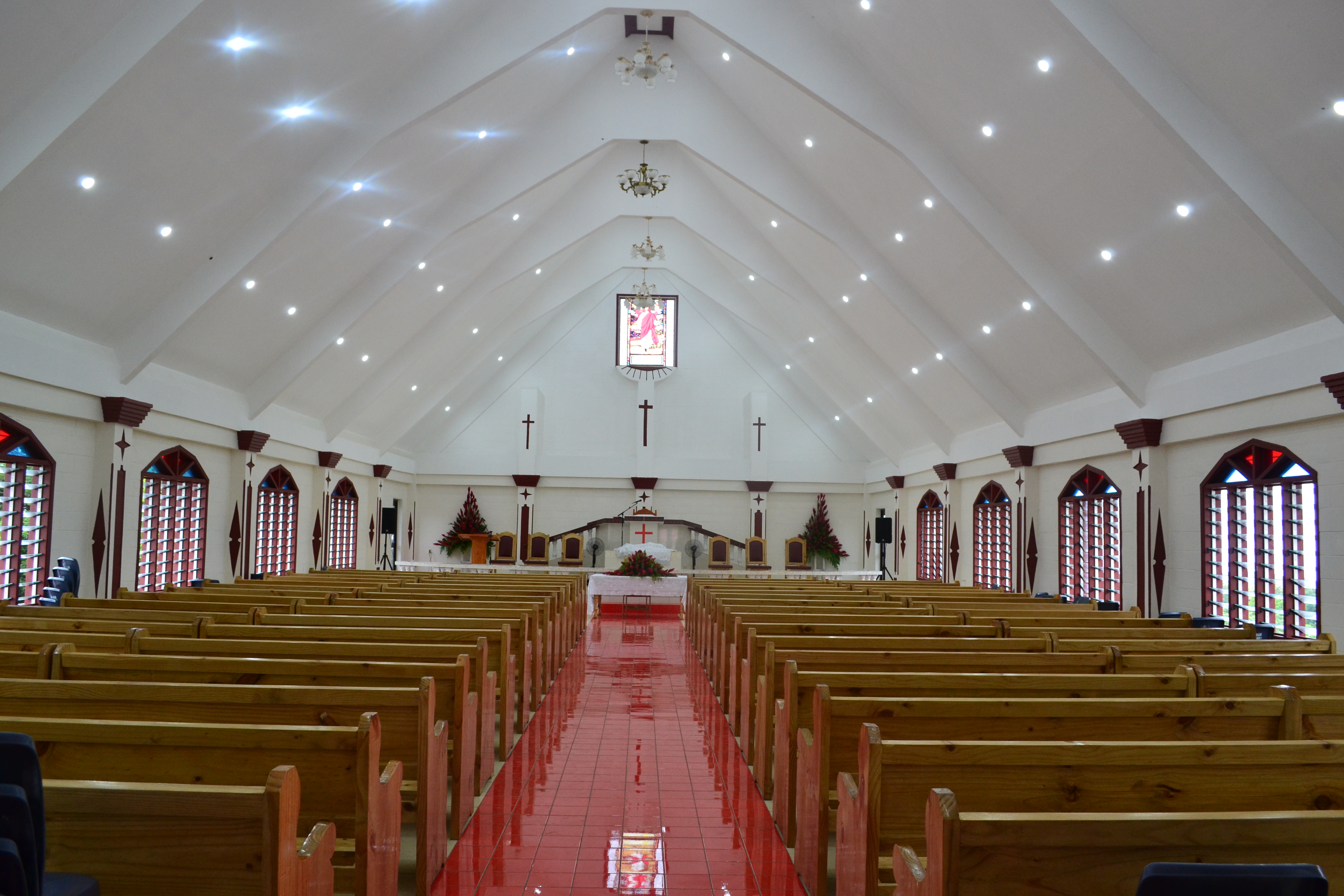 “The location of the church is very bad because it’s low-grounded and very misty because of the river, so we put it our best efforts to try and fill the grounds as much as we can so we can make this happen,” he said.

In 2016, Rev. Iosefo and his wife, Faananafu Soo Iosefo and children were selected to serve for seven years at Ti’avea-uta Methodist Church. 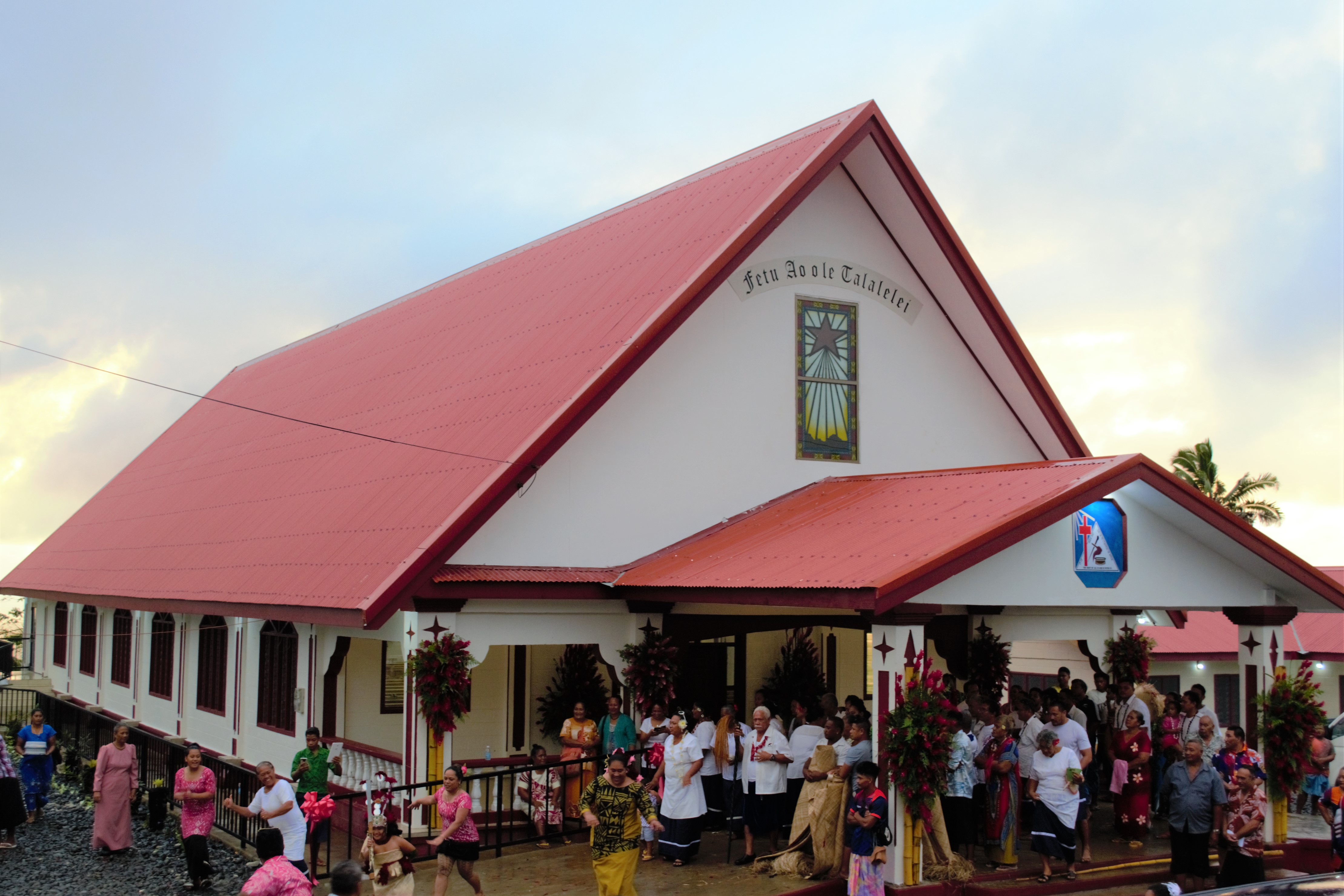 When they arrived, the first thing they noticed was that the old church building was wearing off and becoming dangerous as the cement was coming off and the roof was leaking.

That was when they realised that the congregation needed a new space.

“Works like these are not easy as it comprises a lot of criticisms and conflicts between the people involved like the congregation," he said.

"It all depends on patience.

“So my advice to the churches who might have future deeds like these, it all depends on your honesty and patience.”