Delegates from 18 Pacific states debated the future of multilateral cooperation at a time when their region is beset by threats and challenges at a meeting of Pacific Islands Foreign Ministers in Suva on Friday.

Friday's dialogue is part of a series of regional meetings that started on Tuesday this week and a prelude to the Pacific Islands Forum (P.I.F.) leaders' summit in Tuvalu in August.

Samoa was represented by the C.E.O. of the Ministry of Foreign Affairs and Trade, Peseta Noumea Simi, who joined ministers from the region to canvas issues including the implementation of the Boe Declaration on regional security, West Papua, and discussions on strengthening Blue Pacific advocacy and engagement on the global stage.

In his opening remarks, Nauru’s Finance Minister and Chair of the meeting, David Adeang said this year’s agenda is structured around the theme for the Tuvalu leaders' summit: “Securing our future in the Pacific”.

Delivering on a coherent regional vision for that future, he said, looks paradoxically both challenging and promising.

“History has shown that the Pacific Islands Forum has been at its best in moments of challenge, when our solidarity and resolve have been both necessary and tested: the development of the Law of the Sea, the scourge of nuclear testing, and RAMSI are key examples.

“During these moments our leaders have gathered around the table and figured out a way forward to deliver solutions in the best interests and the future well-being of the people of our Blue Pacific.

“The current context I believe presents another such moment.

"In a context where climate change threatens our survival, multi-lateralism is failing, and geopolitical competition in our region seeks to divide us, committing to the future viability of our ocean continent, and making this commitment together, is not only a challenging task, but one that is deeply political.” 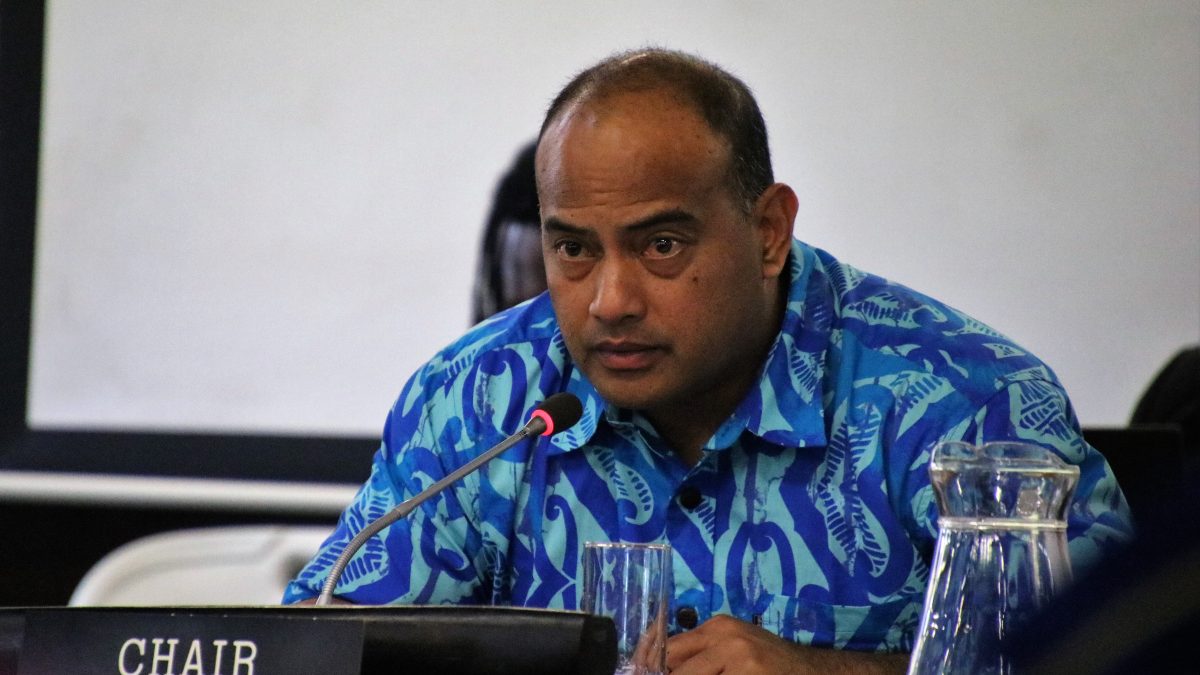 The theme of Friday's forum invited representatives to canvas opportunities for deepening regional cooperation under the Framework for Pacific Regionalism.

Mr. Adeang said called for a rethink of institutional processes, regional mechanisms, and partnerships to ensure they are appropriate for securing a desirable regional future.

"Regionalism [may] be just what is needed to set us on the right course and keep us focused for the long-term," he said.