“The group of players that we have and the culture that we have in the team is good." (Photo: Aufa'i Areta Areta)
Rugby union
Samoans abroad
Manu Samoa
Rugby World Cup

Debutant Belgium Tuatagaloa will wear the number 11 jersey for Samoa on Saturday against Tonga having turned down a club contract to represent his country.

The 29-year-old was picked to start on the wing in Manu Samoa's first game of the Pacific Nations Cup at Apia Park, and had to say no to a one-year contract extension with French club Valence Romans to be a part of the Manu Samoa with the Rugby World Cup on the horizon.

Tuatagaloa said he left the club on good terms with the coaches and everyone.

“They gave me an option, you can go, or you can stay if you want."

“For a small financial club like that, they didn’t wanna risk me missing nine games, instead of giving that opportunity to someone else."

Tuatagaloa said since he doesn't have a wife or children to consider, it was an easy decision for him.

“I was always going to pick Samoa over that.

“It’s a huge honour for me to be honest, I’ve always wanted to play for our 15s team."

He said he is more nervous about his Manu debut than any other time in his career.

“It’s my first time, to play at home, in front of family and friends."

It's the first chance for Tuatagaloa to put his hand up for that World Cup squad too, which could lead to contract offers from elsewhere afterwards.

“We have a very good management team as well, to have someone like [head coach Vaeluagaomatagi Steve Jackson] who is very, very positive, it makes you feel welcome to the team." 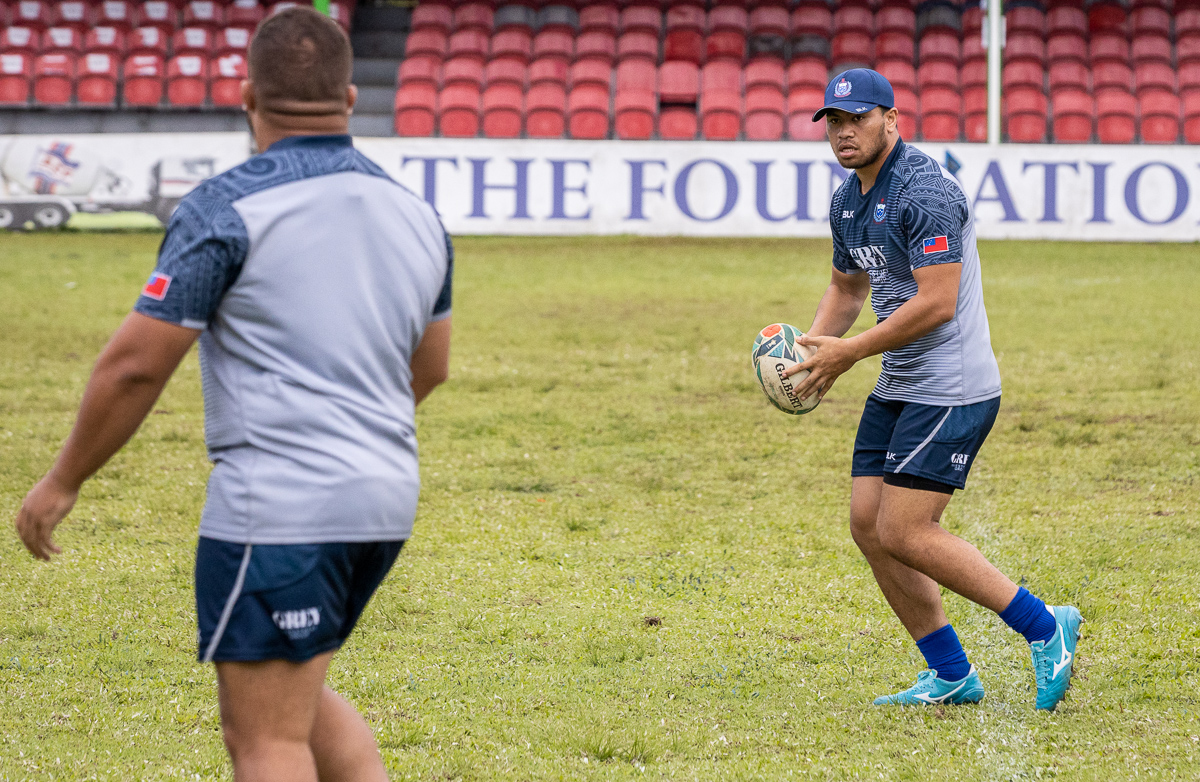 Before switching his eligibility to Samoa, Tuatagaloa played for the All Blacks Sevens in 2012 and 2013.

“That was one of the biggest highlights of my career too, to put on the black jersey and represent were I was born."

He was coached by Sir Gordon Tietjens then, and the pair reunited at the Manu Samoa 7s as well.

“He was the one that opened the door, to have him back last year, to be coached by him again is always an honour.

“To be coached by the best coach in the world."

He's not the only Tietjens product in the squad either, with current Manu Samoa 7s players Johnny Vaili, Alamanda Motuga, and Tofatuimoana Solia all set to feature in the Pacific Nations Cup.

“Watching them this year, carving up the World Series, they deserve to be in this team."