Samoa settled for an historical silver medal – the first time in the history of Samoan football for a women’s team to enter a Pacific Games gold medal playoff – but they ensured P.N.G. worked hard for their victory.

The match kicked off at 9.30am local time on Saturday at the JS Blatter Football Complex with P.N.G. dominating possession in the early stages of the game, and missing at least two clear opportunities to go two goals up. 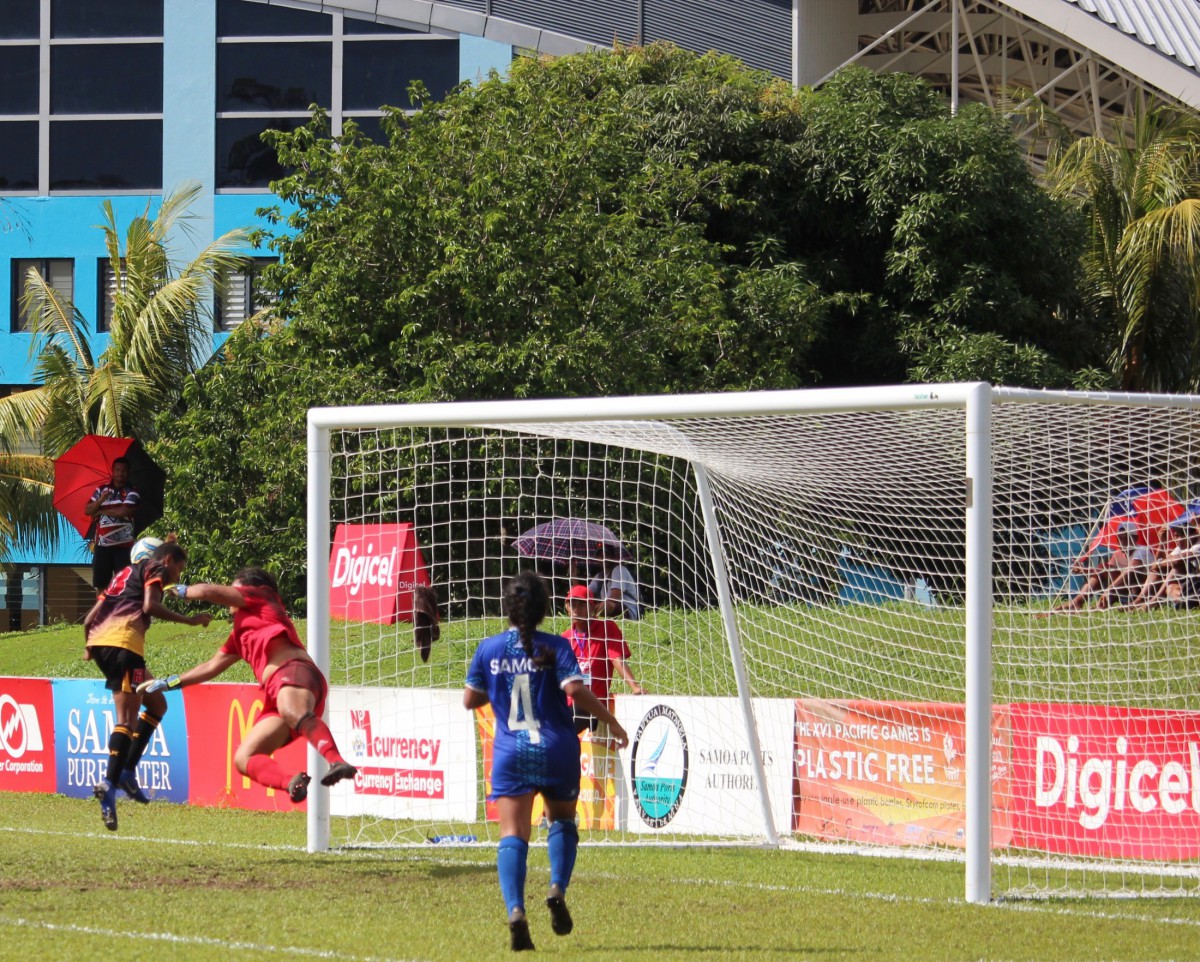 The first goal came 25 minutes into the first half when Papua New Guinean Marie Kaipo scored, only for Samoa to pull one back after 10 minutes to tie the score at 1-1. Samoa’s only goal came after a free kick was awarded to the host nation, which was then kicked into Papua New Guinea's penalty area, and in the ensuing rush by the Papua New Guinean backs to clear their goal mouth left their keeper vulnerable and opened the door for Samoa to score.

But six minutes later P.N.G. scored another goal with Marie Kaipo getting her second, to break the deadlock to increase her country’s lead to 2-1.

Samoa defended well to keep the scoreline respectable at 2-1, until late in the second half when Papua New Guinean striker Ramona Padio broke free to kick the ball past Samoan goalkeeper Ronisa Lipi to again increase the lead to 3-1 and ultimately win the gold medal. 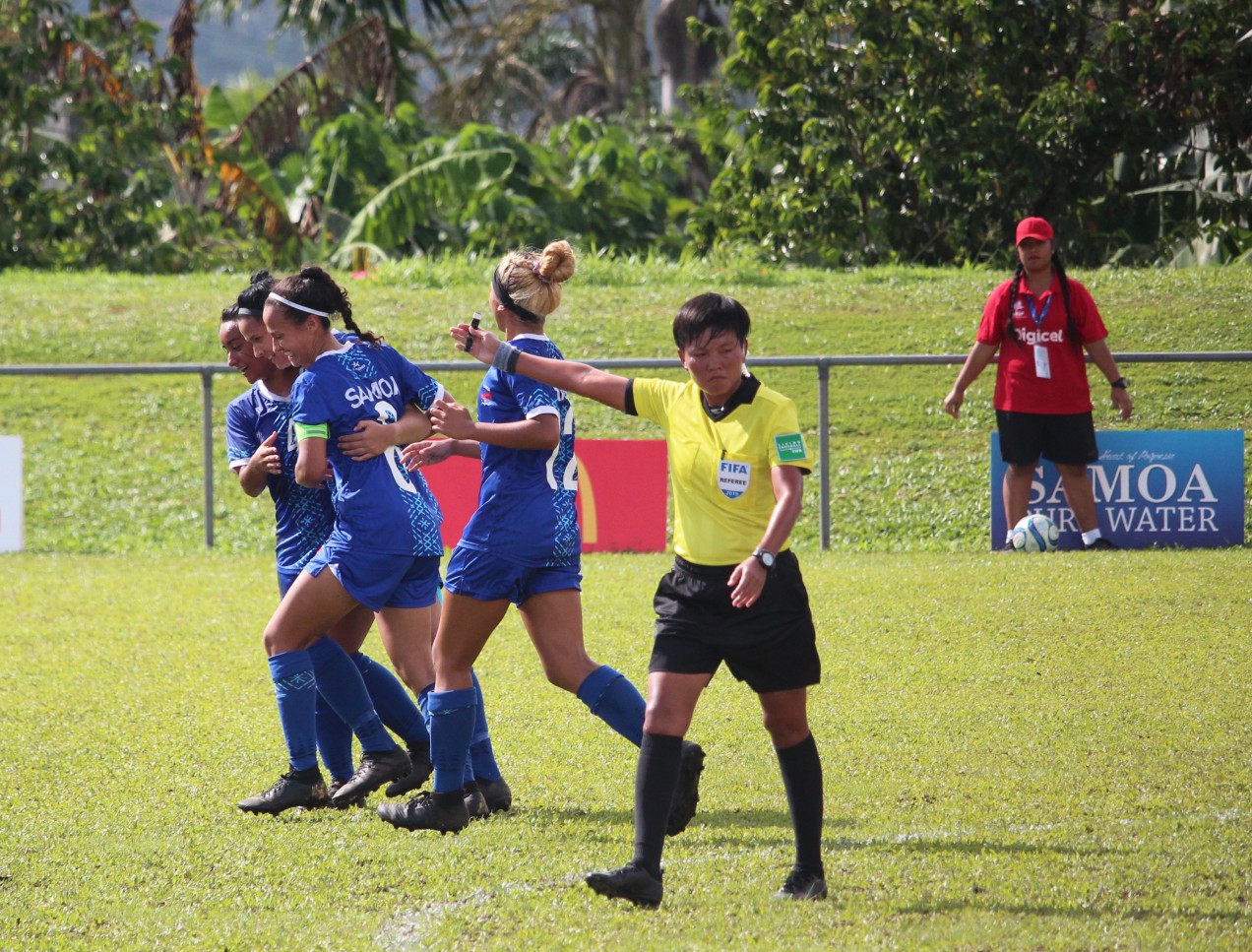 P.N.G. women’s football head coach, Frederica Sakette, told Samoa Observer that her players’ finishing touches in front of Samoa’s goal area were poor and they did not capitalise on all their goal scoring opportunities.

“Our finishing touches were poor and let us down otherwise I am happy with the overall performance of the team.  Otherwise it was a whole team effort from everyone, despite challenges with our preparations before the start of the tournament,” she said.

Sakette thanked supporters of the team in Samoa and P.N.G. as well as their families back home.

Samoan goalkeeper Lipi went the extra mile to protect her goal and ensure her team stayed in the hunt, despite being down 2-1 for most of the second half. The attack by P.N.G. on her goal line was relentless, forcing her to palm off the kicks, catch and dive in an often crowded goal mouth as she snuffed out numerous goal attempts by their rivals. That was until Padio’s goal in the dying stages of the match sealed it for P.N.G. 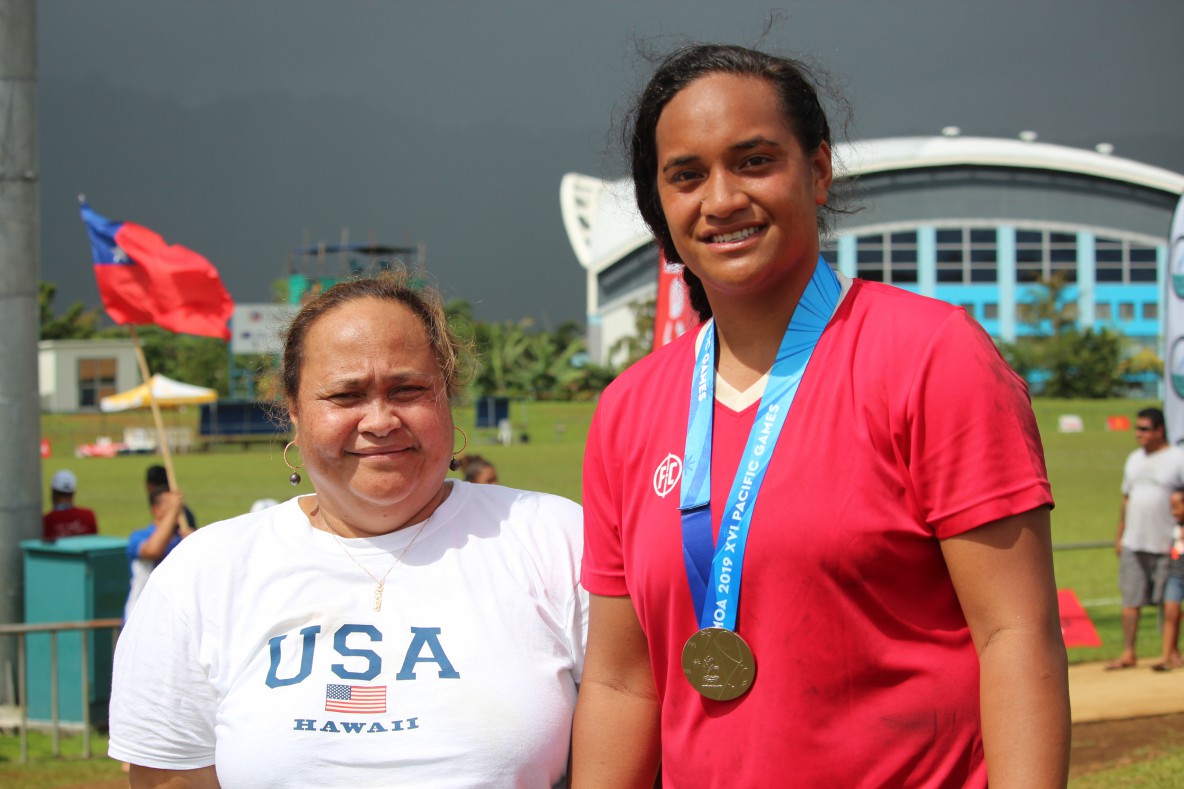 Speaking to the Samoa Observer after the medal ceremony, Lipi said the match was a do-or-die for her and she had to give 100 per cent, especially with the local fans and her family and friends watching.

“My family were my main supporters and I had to do it for them, and especially with the players playing along with me, they gave everything. They put their sore body on, especially in the 45 minutes in the second half, yeh we gave it all,” she said.

Samoa’s head coach, Nicola Demaine, said the game started the way they expected but the team had a number of injuries and they did not have enough recovery time to prepare for the match against PNG.

“One day recovery is just not enough so by half time we had used all our substitutes. But that is not an excuse, the girls gave a 100 per cent and we fought back to 2-1 and we all believed we could stay in the game and get a win towards the end – that’s what we were pushing for,” she said.

P.N.G. likes to play on the wing and Samoa had to have a keeper to deal with the crosses, which Demaine said Lipi addressed and also initiated a counter-attack through her ball distribution to team mates.

“But for me I saw more from the players individually out there, then I have seen through the whole tournament, everyone one of them stepped up.” 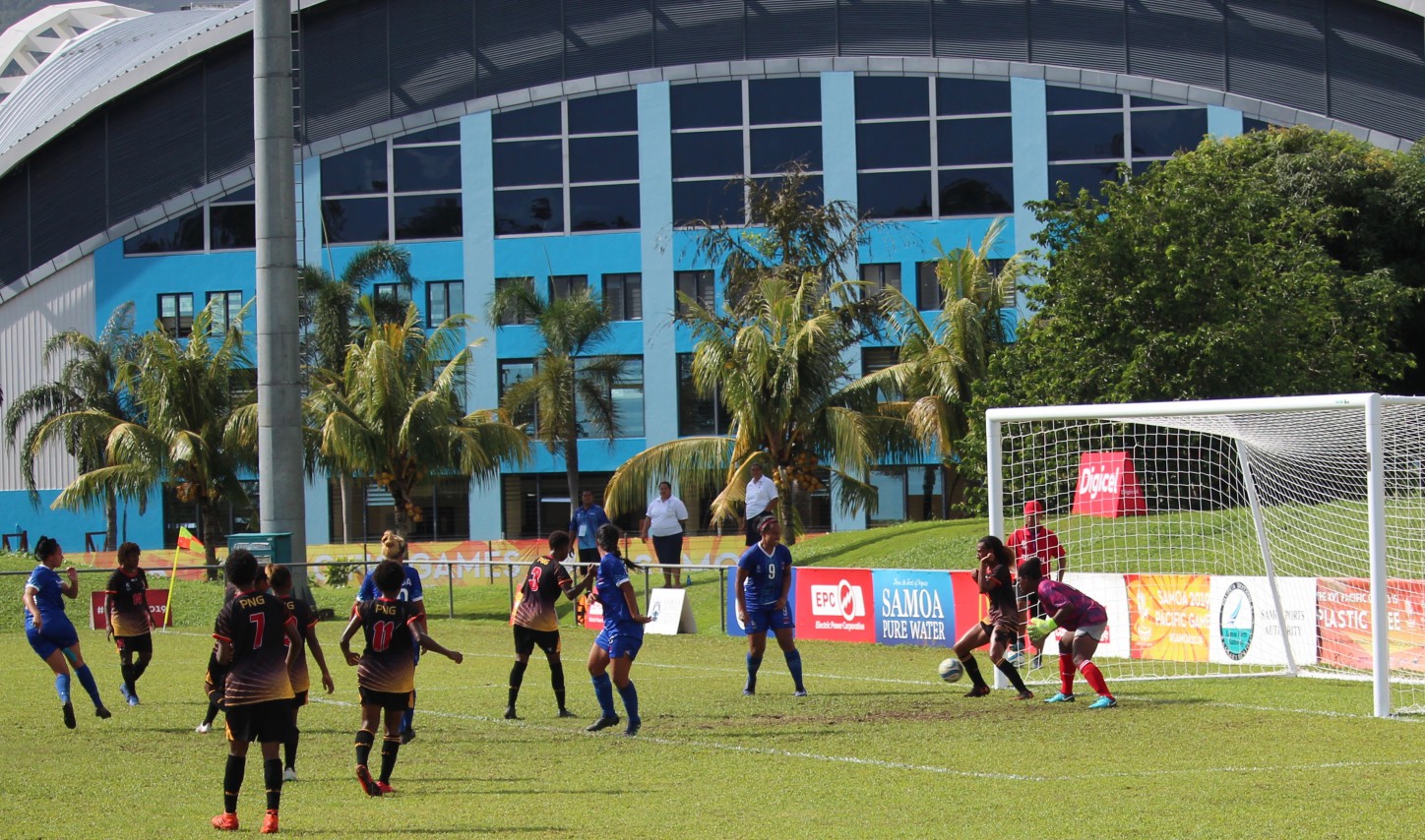 Demain said the Samoa women's football team has come a long way since they played a year ago against Fiji and P.N.G., who both beat the Samoans 5-0.

“We have come a long way to have the victories that we’ve had, to go three games unbeaten without conceding a goal, was an amazing step forward from where we came from,” she added.