Samoa swimming's golden boy, Brandon Schuster, provided icing on the cake for Samoa at the closing ceremony of the 2019 XVI Pacific Games when he was named the Best Male Athlete of the entire competition.

Schuster was one of three recipients of Athlete awards presented by the President of Pacific Games Council, Vidhya Lakhan.

Emma Terebo, of New Caledoniam was the recipient of the Best Female of the Games while Ryan Pini of Papua New Guinea was the Winner of Athletes Representative to the P.G.C. Board 2019 – 2023. Maureen Tuimaleali'ifano was one of the nominees.

President Lakhan said the award for Schuster is for winning two gold medals and setting new standards in the Pacific swimming sport.

Schuster’s father, Toeolesulusulu Cedric Schuster, accepted the award on behalf of his son who had already left the country to participate in another world swimming event. He is heading to Gwangiu South Korea for the World Aquatics Championships.

At 21-years-old, Schuster who hails from the village of Satapuala won two gold medals for the men’s 400 meter individual medley and men’s 200 meters backstroke in Pacific Games XVI.

He also claimed bronze for the men’s 200 meters breaststroke finals. 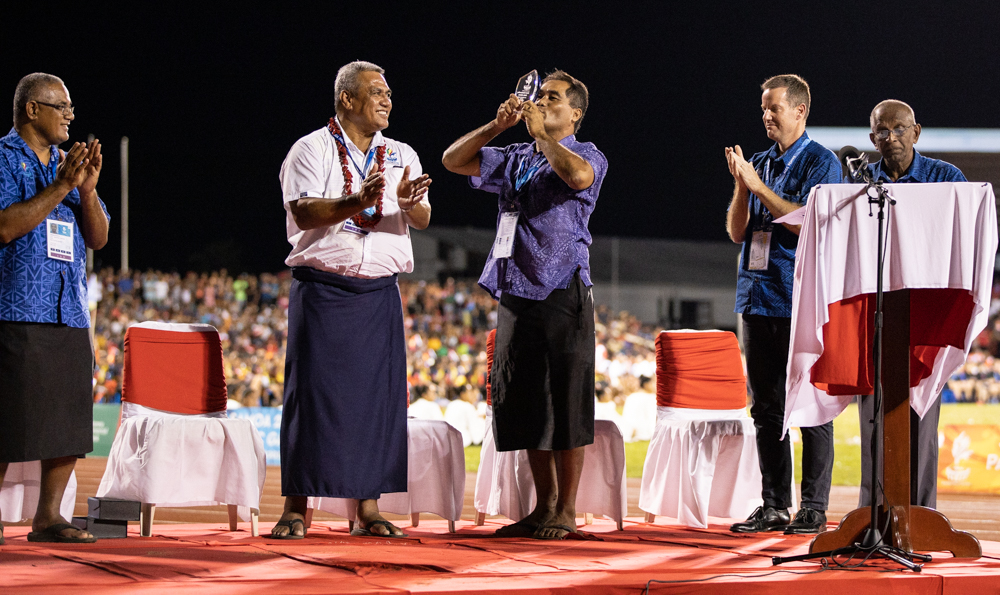 His proud father Toeolesulusulu could only wish that his son was in the country to accept his award.

“I feel honoured in accepting his award and all glory to God,” Toeolesulusulu said.

“My only disappointment is that my son could not be here to accept his award for all the effort he had put in in winning the medals.

“But I acknowledge his commitment and drive in doing what he does. At the end of the day what he puts out there and earn is all him, not anyone else.

“He is the one that is doing the hard work and swimming is a very hard sport where you have to train at least 4 hours everyday.”
Toeolesulusulu said he only hopes that his son can improve and continue on to succeed in swimming.

He is currently studying at the California Baptist University under a swimming scholarship that he received in 2017 after he left the National University of Samoa.

During a recent interview with the Samoa Observer when he won one of the two gold medals, Schuster spoke about the improvement of swimming over the past years in Samoa.

“It’s just amazing to see how much Samoa swimming has improved and has become competitive,” he said. 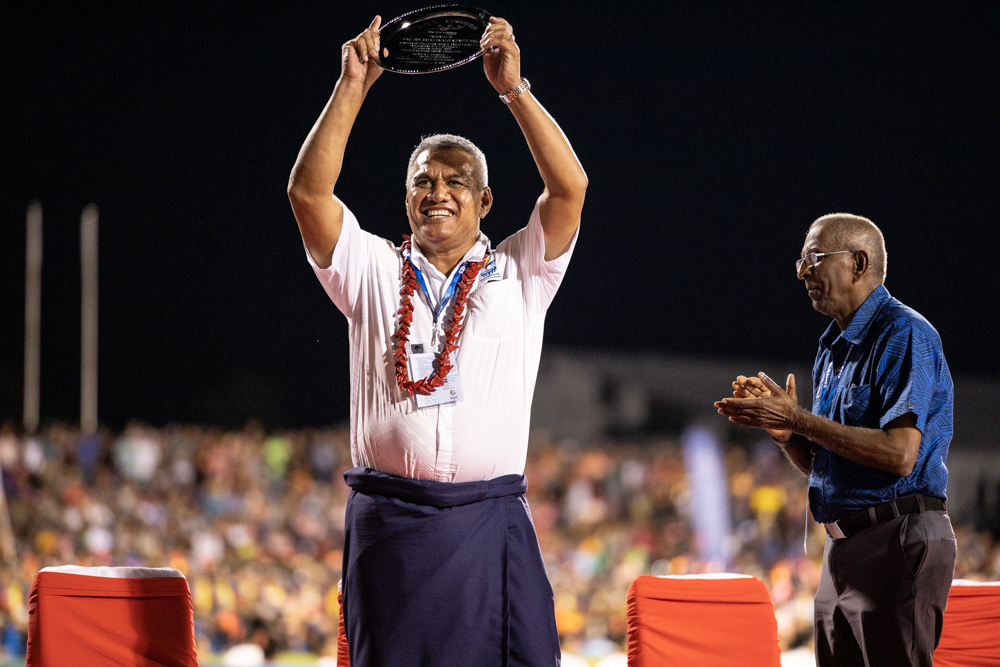 “The first day and we already got four medals. It’s the first time for Samoa to have this large number of swimmers.

“Last Pacific Games we got only one bronze and one silver and that’s when I was the only one on the team.

“You don’t know what you can and cannot do.

“Small steps at a timeThe last Pacific Games, I won bronze and silver and this Pacific Games first day gold and bronze.”