In the Supreme Court, La’auli denied dropping the name L.P.A. and instead using Samoa Nonu Delights as a trading name.

“How do you think I can deceive a company that I built with my hands,” La’auli said, raising his voice.

“What do you think I can do that? It is my baby in my hands and I put everything (in) to make sure the company was run well.”

La'auli was responding to lead prosecutor and New Zealand-based lawyer, Mark Stephen Williams, who the use of the name Samoa Nonu Delights (S.N.D.) to trade in 2013 with customers like Wilex.

In 2014, the Court heard the company  opted to use Local Partners and Associates (L.P.A.) to issue invoices to a New Zealand based Life Health company.

In response, La’auli said it does not matter which name was used.

But Mr. Williams reminded La’auli that the official name of the company is Local Partners and Associates, not Samoa Nonu Delights.

In defence, La’auli said the decision was based on what was agreed to by the company.

But Mr. Williams disputed this saying La'auli ran the company the way he wanted.

“It was your company, your decisions and your direction that everyone had to follow,” said Mr. Williams.

“Eventhough my name was not in there (company registration) and no share, I still do it for the love of the company and Samoa,” he said.

“There are people delegated under the law to do the operations of Samoa Nonu Delights and I supported the work.”

Mr. Williams told La’auli he was not talking about legal registration. He was referring to the practicality of the company and how it was run.

“These two gentlemen Martin and Lance were legal shareholders but it was your company and you directed what went on,” said the lawyer.

At this point La’auli said he did not mean it in that way.

“I’m talking about how it started. If it wasn’t for me there would be no nonu in Samoa,” he added.

Moving on to the bank accounts, Mr. Williams asked La’auli about making Peseta as the main signatory of L.P.A. while a separate account under the name Samoa Nonu Delights was set up.

La’auli said that was not his intention, claiming he had tried his best to resolve conflicts with Peseta who was disruptive to the company. 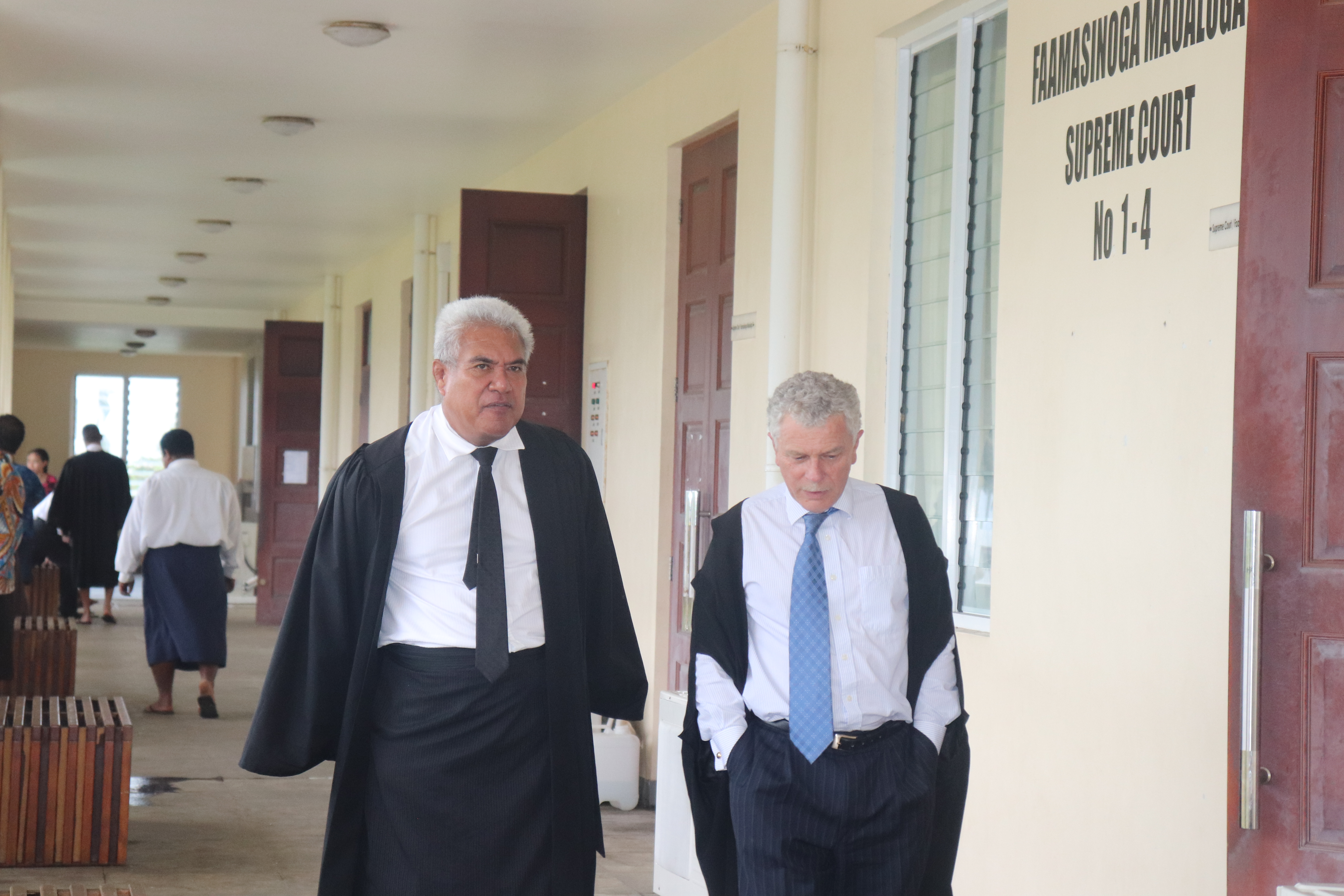 Mr. Williams then put it to Peseta that because there was a separate account, it allowed him to use the funds to purchase a land belonging to his mother and the money was used to pay for his arrears.

In disagreeing with the lawyer, La’auli told Mr. Williams that he does not have all the information to his case.

He argued that he signed an agreement to transfer the registration of the land belonging to his mother to L.P.A. to use as a replacement of Peseta’s land.

Furthermore, La’auli explained that due to the civil proceedings and legal actions before the Court the registration process was not completed and is pending.

La’auli and his wife Heather Schmidt, Apulu Lance Polu, Martin Schwalger and Tuitui Aiolupo are facing 105 charges in relation to the operation of L.P.A. nonu company.

The charges include forgery, theft in a special relationship, obtaining by deception amongst others.

The five defendants have pleaded not guilty to all charges.

The hearing is continuing.