It always comes down to the final race in sailing, and after a week of fighting for bronze against Australia’s Wil Sargent, it was not to be for Samoa’s Eroni Leilua.

He missed out on the medal by just two points and came fourth, while teammate Nicky Touli came seventh, holding his own against experienced sailors after five years without a regatta.

But the pair won’t be walking away empty handed: they have earned the Pacific Games Laser Standard team silver medal, next to gold winners New Caledonia and bronze medallists Fiji.

And in the simultaneous Oceania Championship races the boys won bronze, behind New Caledonia and the Cook Islands. 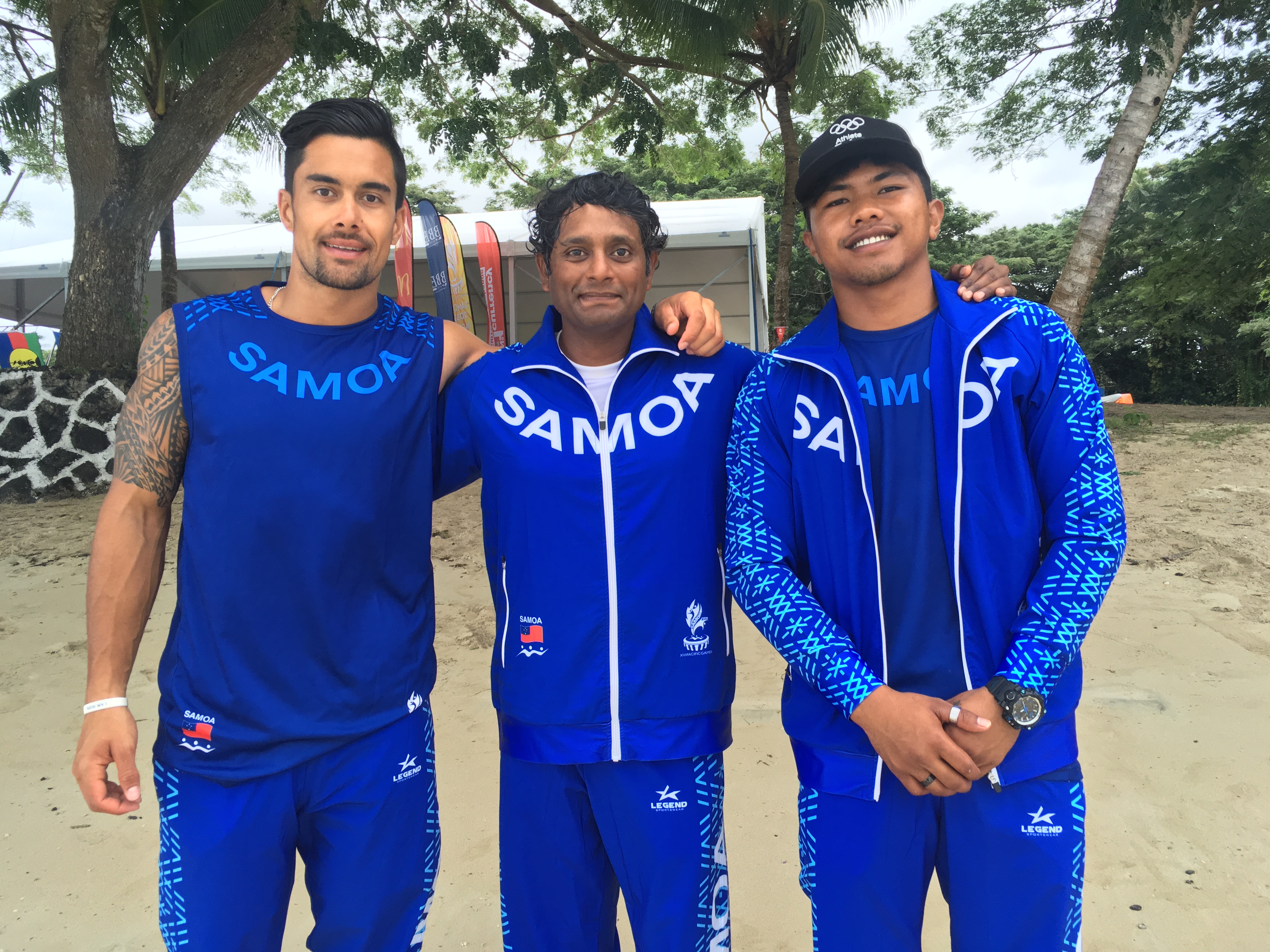 Leilua is disappointed but will not be giving up on his pathway to the Olympic Games. He will attempt to qualify in Australia next year.

He said he made one too many mistakes on the water, which were unfixable in the light breeze Friday brought.

“It is about being able to catch up. If you do make a mistake it is easier to catch up in heavy winds, in the lighter breeze it is harder to catch up,” he said.”

He was also facing his closest opponent in Sargent for the first time, after spending a week sailing in different fleets before the top twelve raced for the medals on Friday afternoon.

Normally fleets are divided into Gold and Silver contenders earlier in a race, so not racing the top sailor was an additional challenge, Leilua said.

“It should have been done the other way, but you can’t control it, you have just got to play by the rules, play what is in front of you.”

He said he is impressed with his teammate Touli, who has a lot of promise in the sport.

“He has got a lot of potential, and he has learned a lot in this regatta which has been pleasing to see, and he takes everything on board.

Touli said he had a lot of nerves during the week but managed to pull through with a second place  and a couple of third place wins at the end of the week, after dancing around seventh place from Monday.

“The first day was horrible but the second day I had a lot of improvements, and more till now. It was a shock, I had improvements each day, each day, it was really good,” he said.

“It was really shifty today, but I managed to keep up with the good guys and that was a blast.”

In a couple of months he will return to New Zealand, where he works as a chef in the South Island. He said if the timing is right, he would love to represent Samoa in sailing again.

Coach Vincent Peter said he is happy with both the men’s performances, especially Touli for coming back after the long break.

“It is difficult to come back and get into a major regatta without any regatta practice, international championship practice,” he said.

Leilua’s race was a “nail biter,” Peter said, and though he was keeping up with Sargent, the Australian was ahead of Leilua for most of the race.

As for the other team he trained, the Hobie Catamaran pairs Isaia Seumanatafa, Ben Hansell, Vitolio Iamafana and Trilin Hogarth, Peter is proud no one gave up.

“They are so green, I am just proud of them that they could keep it together, sail every race. The first regatta is always overwhelming, but they did well.”