The Commonwealth of the Northern Mariana Island (C.N.M.I.) has reaffirmed its position to host the 2025 Pacific Mini Games, following an earlier decision by its government to withdraw due to the devastation caused by typhoon Yutu in October last year.

C.N.M.I. confirmed their determination to host the Mini Games on a smaller scale, when a progress report was tabled during the Pacific Games Council meeting held in Apia this week.

The Commonwealth of the United States with a population of 50,000 announced its withdrawal, alluding to its intention to prioritise its recovery efforts after Typhoon Yutu where hundreds of people displaced.

At the meeting in Apia, President of the Pacific Games Associate (P.G.A.) for Northern Mariana, Michael Alan White spoke about the devastation left by Yutu and the Governor’s decision to reduce the scale of the games.

The natural disaster which is the strongest that has ever impacted the islands, salvaged the Commonwealth causing widespread damage.

“Hundreds of people lost their homes, schools and business were destroyed, our airport suffered major damage and several of the largest hotels had to close their doors,” said Mr. White.

“Our sports facilities suffered too, one of our three indoor gymnasium was totally destroyed.

“Three months after the storm, electrical power still have not been restored to all parts of the island and six months later many people were still living in emergency tents.

“As you can imagine the tourists stop coming and with that the bottom dropped out of our economy and government revenue plummeted.”

Mr. White pointed out that the Governor of the country had advised earlier this year that the government could not be able to provide financial support for the mini games at the scale that they proposed, “while our people were still suffering from the devastating effects of the storm”. 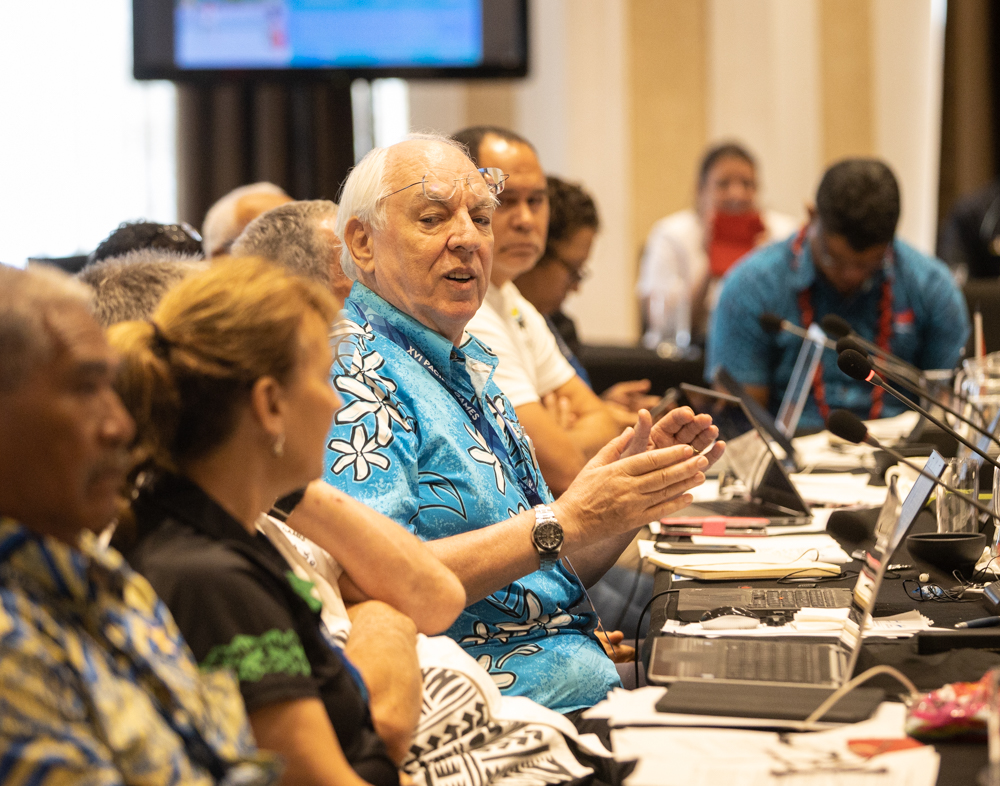 But after meetings with President of the Pacific Games Council and executive members, the Governor had agreed to stage the games on a smaller scale.

“We presented a revised budget for the game and reducing the size of games and with it trimming budget that the Governor would accept,” said Mr. White.

“Two weeks ago the Governor advised that he accepts the proposal with a smaller scale of the games in 2021.”

The six sports that will feature in the Mini Games include; badminton, athletics, baseball, beach volleyball, golf and triathlon.

But that could change after Mr. White indicated that the country would like to reinstate the ocean swim and tennis competitions so they can defend their gold medal in the sport.

The P.G.A. President for the Commonwealth gave the assurance that the facilities for the sports are in place and are ready to host the games.

The games will take place over two weeks in June 2025 with the athletes being housed in Northern Mariana High School dormitory style with air conditioning.

Lastly Mr. White emphasised that like the phoenix, Northern Mariana will rise from destruction of Yutu and host the Mini Games 2025.