Heavy rain clouds showed up toward the end of the game but the rain held off until the whistle blew. (Photo: Misiona Simo)
Touch rugby

Tonga couldn’t keep up against Samoa’s men’s touch team on Tuesday, getting in just one point to Samoa’s 12 in a gruelling 40-minute match.

Samoa scored six times in each half, a testament to Tonga’s defence.

Darren Aofia scored three times and Samoaautasi Tolovaa scored twice in the second half, while the rest of the team picked up the rest. 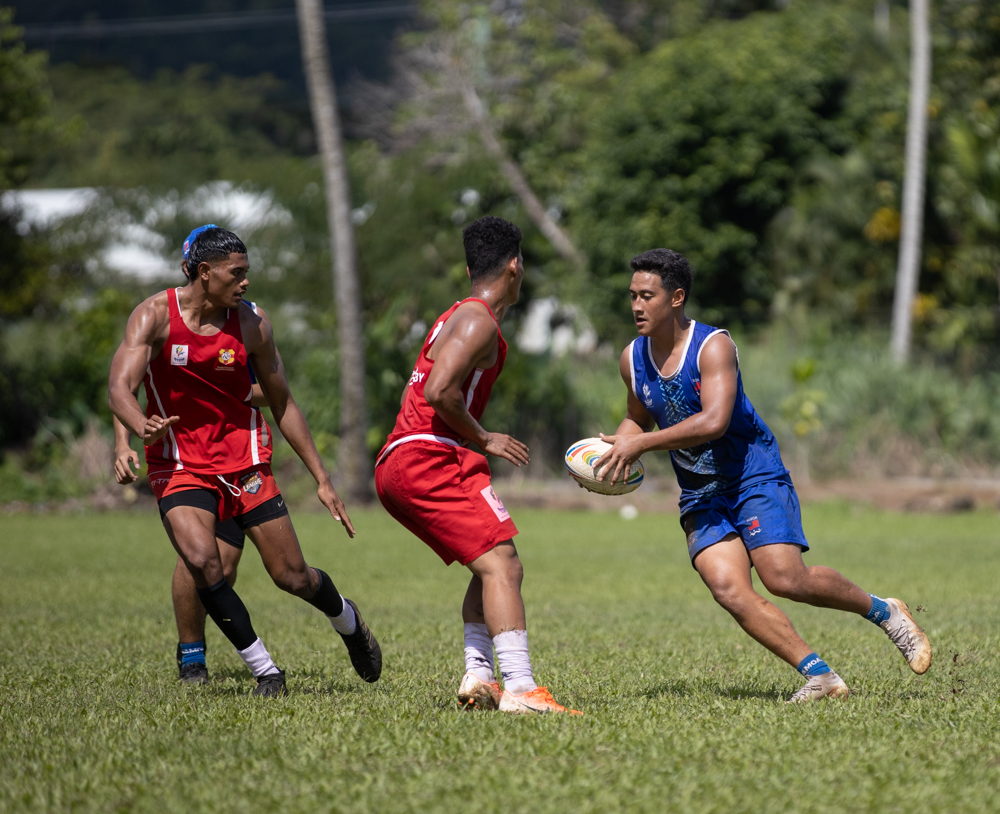 “We picked up our defence but out attack was a bit lacklustre, it was a bit like we know we can score, so there was no sense of urgency,” he said.

“We talked at half time about trying to execute some more of our play, because we could and we did that. But we were pretty much going through the motions.”

Their final match of the day against the Solomon Islands is at 3:10, and it is just as important as this game to get the boys into the semi finals.

Losing key player Michael Rasmussen to injury has been a loss because he is their most experienced player, Shefford said. But the other boys can perform without him.

“We trained for a whole week without him so I know the boys can do it.

“Yesterday they probably relied on him a little bit and today he is out so they are all thinking they have got to step up.” 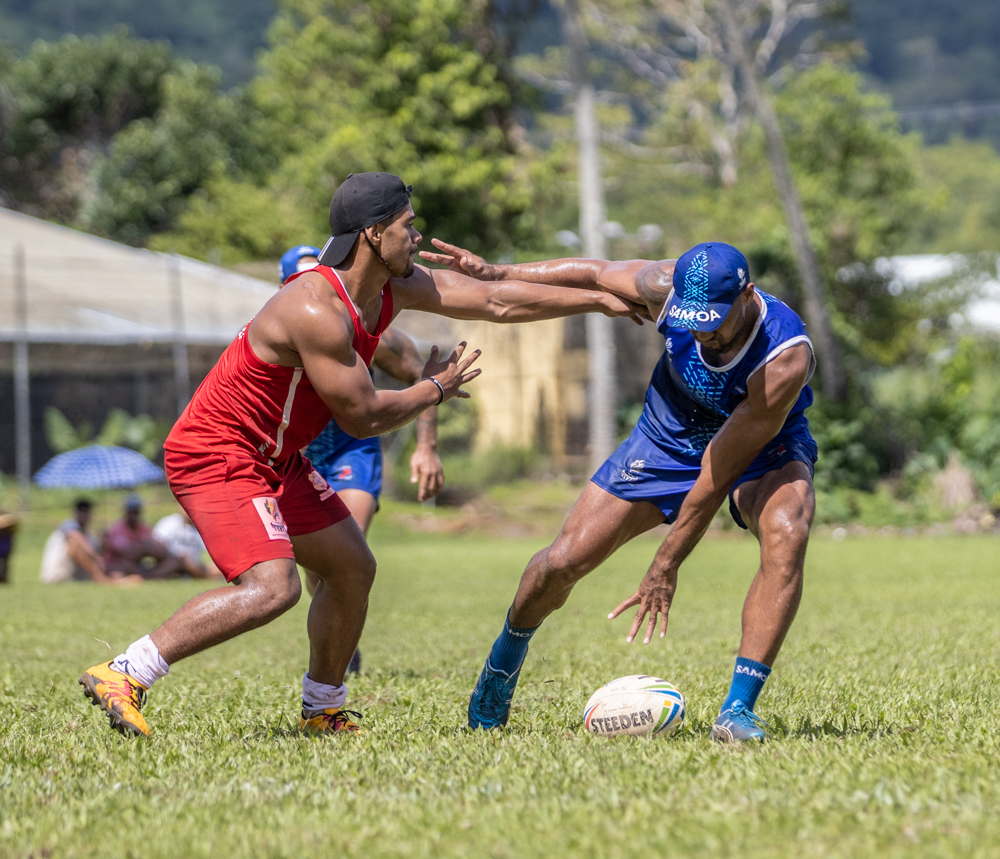