Waste management reduction is one of the many goals for the 2019 edition of the Pacific games and ended on Saturday with the closing ceremony.

Dubbed the “Greening of the Games”, this Secretariat of the Pacific Regional Environment Programme (S.P.R.E.P.) sponsored initiative is in collaboration with the Pacific Games Office, Ministry of Natural Resources and Environment, United Nations Environment: Clean Seas programme and The National University of Samoa.

Thanks to the data collated so far, waste management data for the current Pacific Games are slowly showing a gradual decrease in plastic wastes.

According to Ma Bella Guinto, the S.P.R.E.P. Solid Waste Management Advisor, the numbers are sure to decrease by the end of the Games.

Ms. Guinto says that by the help of spreading awareness of the greening of the games, vendors and stalls at sports venues will take example and begin using more recyclable material to serve their products.

“Some of the problems we’ve been facing with sorting our waste, is the continued use of polystyrene plates and plastic bottles at games venues as well as the contamination of recyclable wastes, where the right wastes aren’t placed into the correct bins.”

Despite the difficulties within their efforts, Ma  Bella Guinto is very much appreciative of the engagement from the Samoa's national university.

Multiple students from the National University Of Samoa have volunteered as the ‘man power’ of this operation, with volunteers at three main sorting locations at Tuanaimato, Faleula and Apia Park. 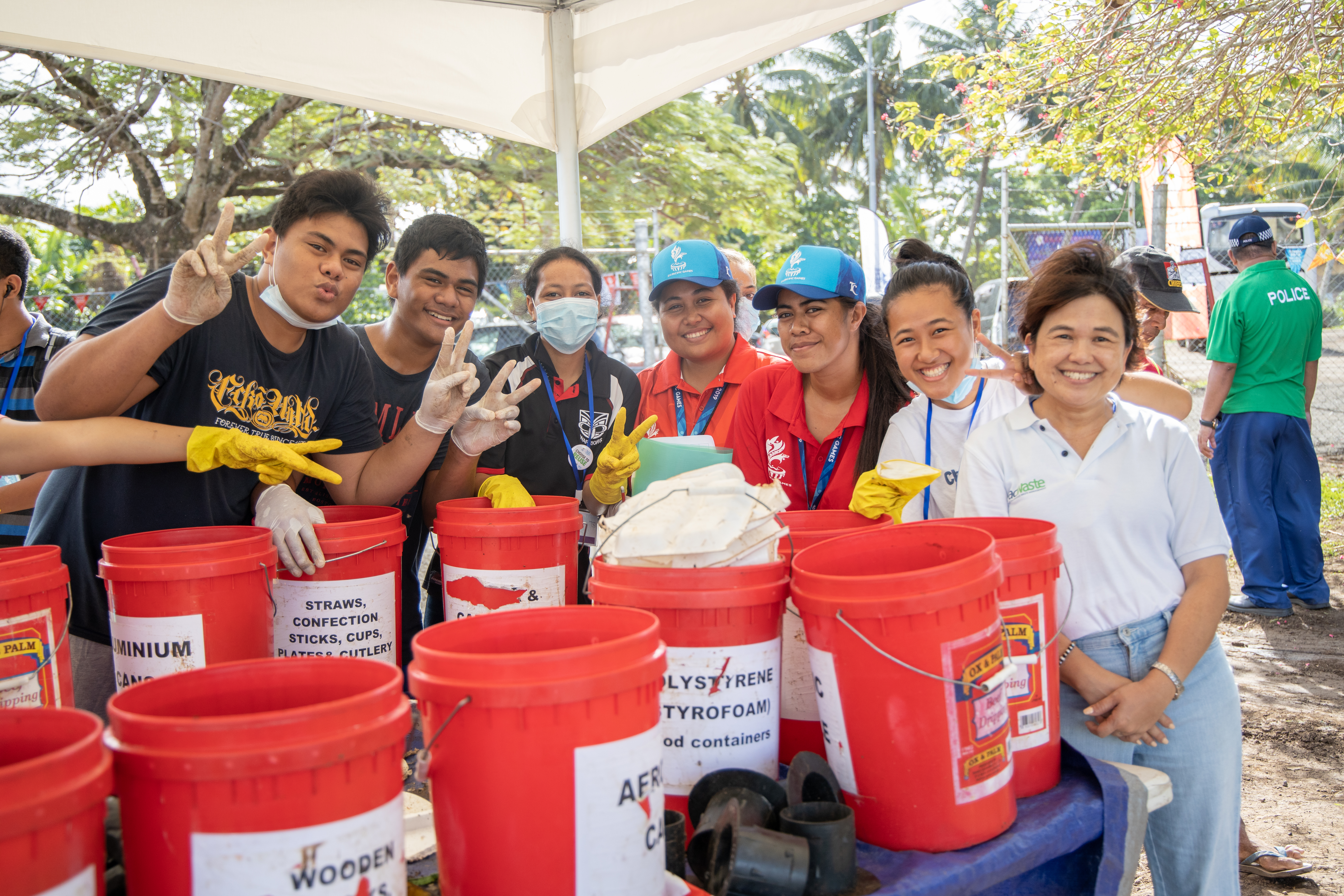 Patisepa Maugatā, a waste management official for the sorting area at Apia Park says that it is a good teaching experience for the students, who have shown much enthusiasm in giving back to the environment.

“They are very much enjoying themselves while sorting the rubbish. For  these kids it has become fun, and they just keep wanting to do more.”

SP.R.E.P. also provides all the necessary materials to the students for the sorting of waste, from face masks, to collection bags and gloves, as well as clean t-shirts, after the job is done.

The sorting of trash at these locations, while difficult, is but one of many ways the Pacific Games Office is tackling their goal of reducing their amount plastic waste.

Volunteers, athletes, and officials at various sports events have been given reusable water bottles together with to use at the many water stations located at the games venues as a way to reduce the use of plastic water bottles within the games.

On top of these team initiatives, locally made biodegradable plates and cutlery are making their star debut at games village venues like the dining halls at Gym 3 in Faleata, which is another example of using plastic alternatives to help achieve their goal.

The Greening of the Games is not the only initiative to be active in Samoa this year, with similar environmental campaigns like the Two Million Tree Planting Campaign, The Plastic Free Sustainability Plan and a variety of biodiversity movements to raise awareness of these issues at other games venues.

By the end of the Games, the stakeholders in this collaboration will be able to know Samoa’s waste management of the Games and to ascertain whether the message really got home.