President of the Samoa Law Society, Leiataualesa Komisi Koria says “perjury is a serious matter as it is a criminal offence.”

His comment was in response to the Samoa Observer on reference that was made recently in Parliament “to a sworn affidavit by the President of the Lands and Titles Court (Fepulea’i Atilla Ropati),” said Leiataualesa.

The sworn affidavit was first mentioned in Parliament by Deputy Prime Minister Fiame Naomi Mata’afa who was vocal against the reinstatement of the President of L.T.C. and was evident in her vote to terminate his services as President.

Speaking on behalf of the Samoa Law Society, Leiataualesa said the sworn affidavit confirms Fepuleai’s intention to resign from his position if convicted on the charge of assault.

Leiataualesa told the Samoa Observer that it is common knowledge now that the President was eventually convicted but that he did not resign.

“I understand that some have expressed the view that the President has perjured himself through his affidavit, and you now seek my views on this. Perjury is a serious matter as it is a criminal offence.

“It is committed when a person makes a sworn statement of fact as evidence in a Court knowing that the statement is not true,” said Leiataualesa.

He also noted that under the circumstances, it is not difficult to understand why the President’s actions would be described as perjury.

“He gave sworn testimony that he would resign if convicted, he was later convicted, but then elected not to resign.

“In fairness to the President, it should be noted that the affidavit was produced in May 2018 when the proceedings were before the District Court.

“He was convicted in the Court of Appeal almost twelve months later in April 2019.

“Whilst he may have had an honest intention in April 2018 to resign if convicted, that intention may have changed in the following months.

The circumstances under which that change happened, and the reasons for it, are obviously personal to the President,” said Leiataualesa.

Fepuela’i had since started to work on Friday after 16 months of absence.

He was placed on special leave in March 2018 with pay, until May 2019 where the Judicial Service Commission unanimously recommended suspending his services which was later approved by the Head of State in a written writ.

Two weeks ago the government moved to terminate his services however the motion was defeated when it did not meet the two-thirds majority vote required under Samoa's Constitution to terminate Fepulea’i's services.

The Samoa Observer contacted Fepuela’i at the Ministry of Justice and Courts Administration on Friday for comments (aside from visiting his residence); however the messages and calls left were not returned as of press time.

Last week, the Samoa Law Society, cleared the air on what was described as a "misconception" of the Society’s position on the President of the Lands and Titles Court, Fepulea’i.

As reported earlier, Leiataualesa said they did not support the recommendation by the Parliamentary Special Inquiry Committee to reinstate Fepulea’i.

“There appears to be a misconception that the Law Society somehow supported the Committee’s recommendation to reinstate the President. It did not,” Leiataulesa said.

“If the Committee has interpreted those comments as suggesting that the Society endorsed the eventual reinstatement of the President, then this is a serious misinterpretation.

“The Samoa Law Society did not support the Committee’s recommendation to reinstate the President and did not make any representations to the Committee with that intention.

“Any such gloss on the comments made by the Society is purely the Committee’s.”

Below is the sworn affidavit in question printed verbatim. 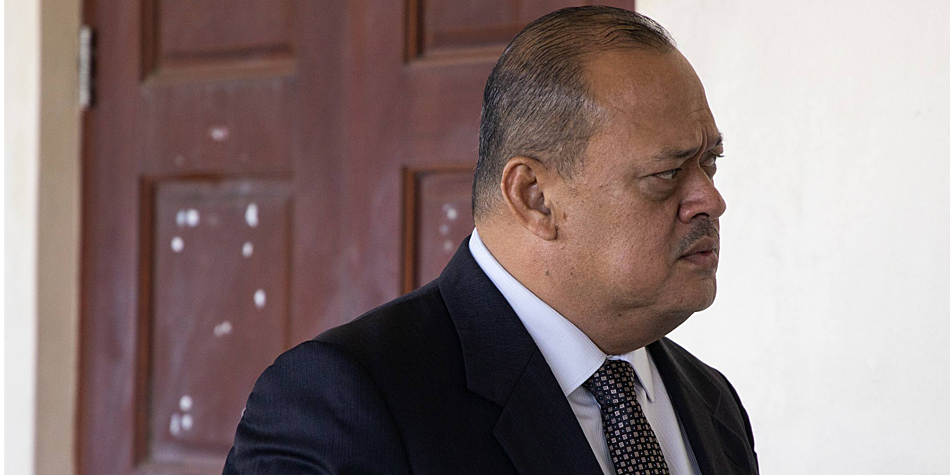 IN THE DISTRICT COURT OF SAMOA

1. I make this affidavit in support of my application to be discharged without conviction in respect of the charge of intent to commit actual bodily harm pursuant to section 119(1) of the Crimes Act 2013.

3. Aside from losing my position as President, I also verily believe that I will not be able to successfully apply for a practising certificate from the Samoa Law Society if I am convicted as such conviction will likely affect my good character. Note being able to practice will surely hinder job opportunities and will prevent me from practising as a lawyer, whether in private practice or legal positions within Government.

4.My own volition, I wrote to the Chief Justice on 28th February 2018 that I will go on leave until the prosecution against me is over in order to protect the reputation of the judiciary and position of President of Land & Titles Court. My self-imposed leave took effect on 1st March 2018.

5. On 27th December 2017 I met with Saill Leota at the Ministry of Justice where I apologised to him about what had happened. I did try to meet with him earlier but he was not at work.. He responded by saying, "Leal, malie foi o ia ua sese." We then wished each other Merry Christmas and Happy New Year.

SOLICITOR/DEPUTY REGISTRAR OF THE SUPREME COURT OF SAMOA