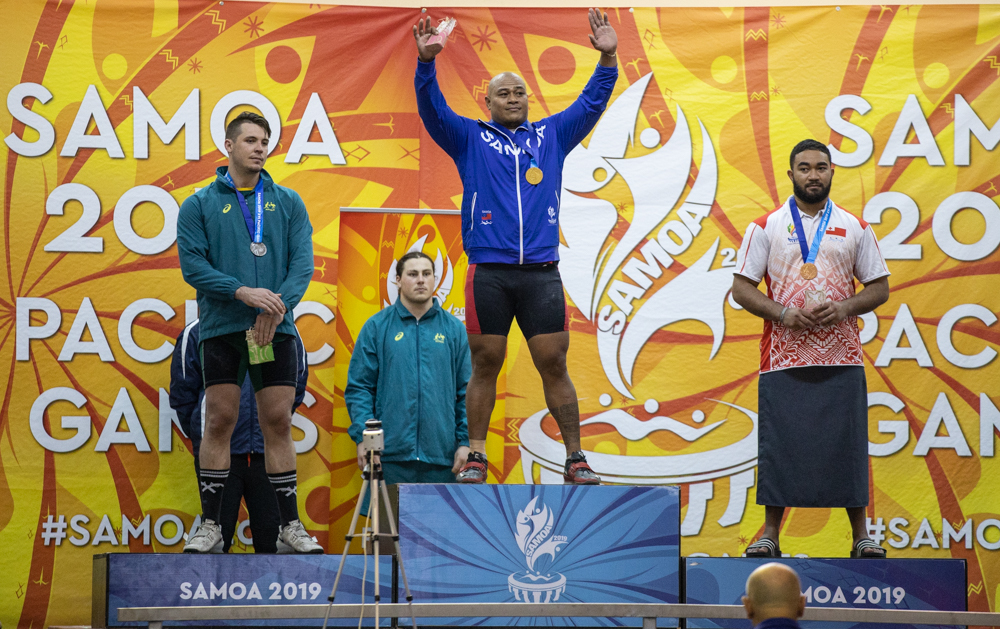 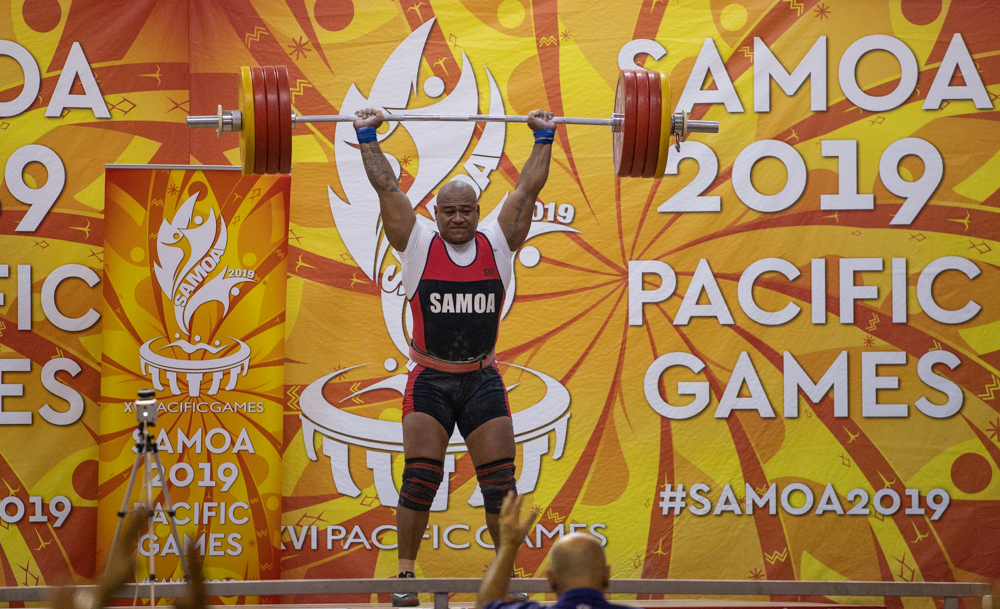 Petelo Lautusi and Petunu Opeloge both medalled for Samoa in the 102 kg men category of the four-in one International Weightlifting Championships.

Opeloge won Pacific Games gold in the snatch (150 kg) over Lautusi (140 kg) in bronze position, but looked to pick up some sort of injury with his first attempt. 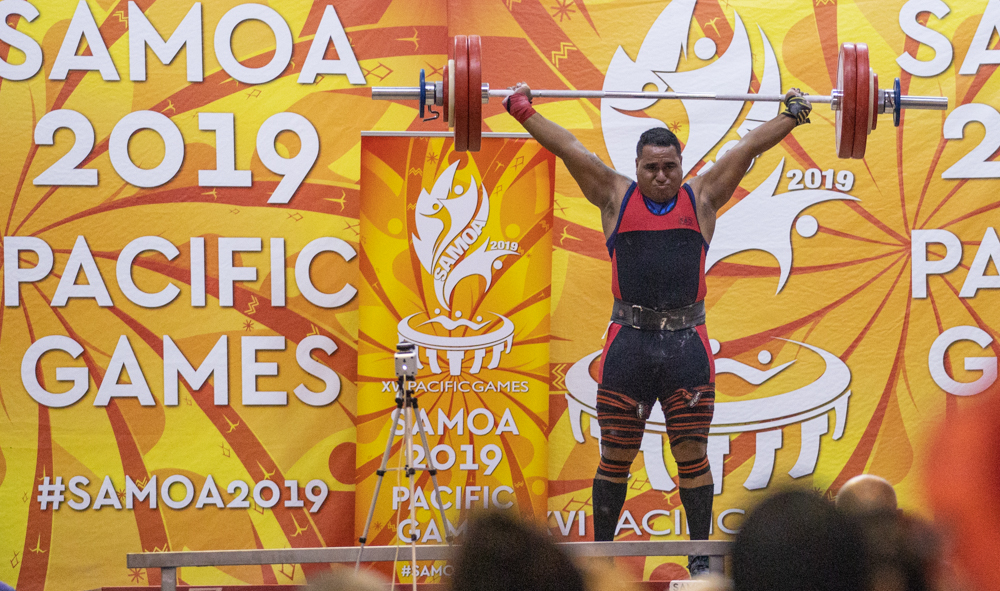 The 26-year-old from Vaoala and Alafua went on to miss all three of his 195 kg clean and jerk attempts, but Lautusi achieved silver in the Pacific Games clean and jerk (170 kg) and total (310 kg). 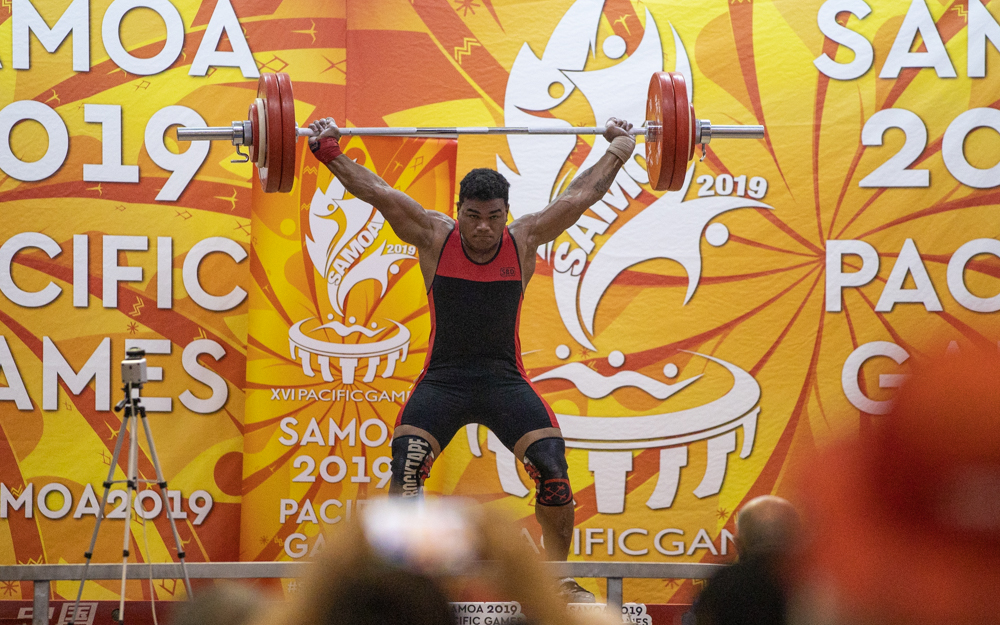 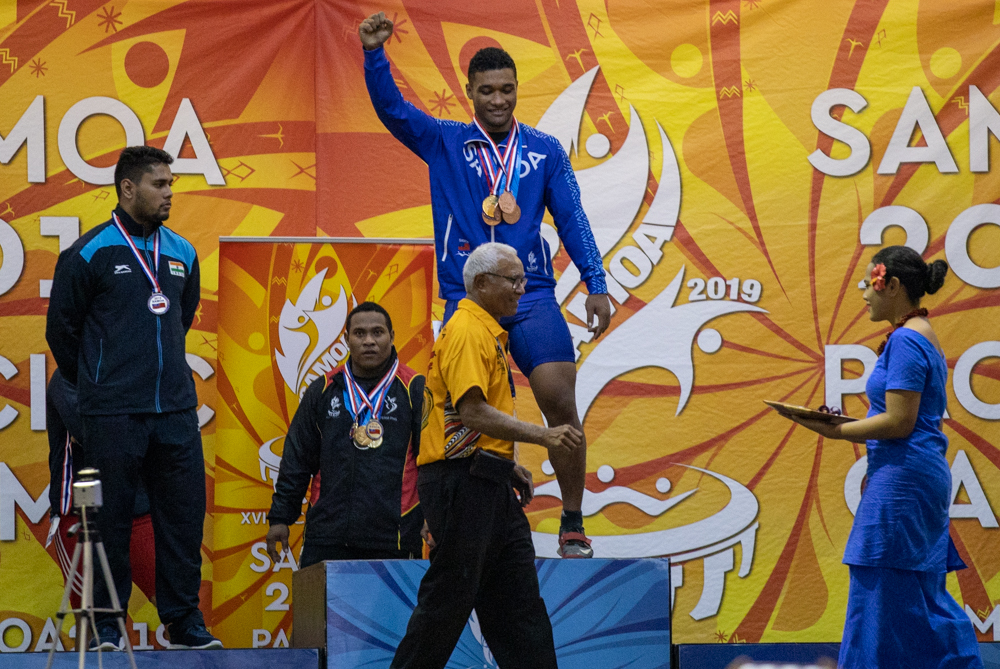 The 20 year old from Afiomalu lifted 154 kg in the snatch; a new Oceania Junior record and good enough to win Pacific Games bronze. 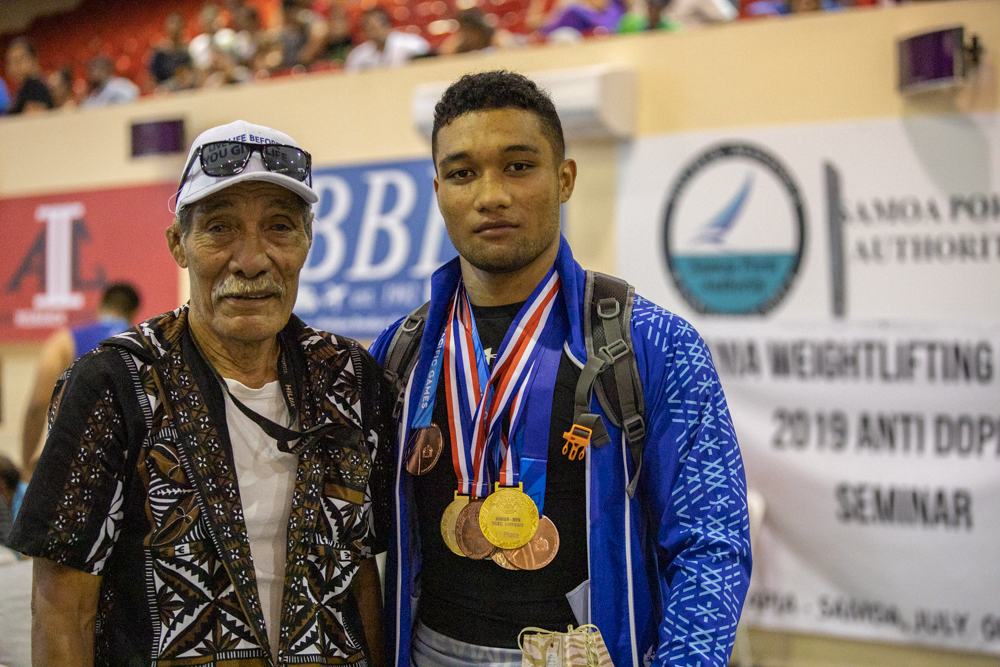 In the clean and jerk, Livi’s lift of 181 kg was enough to set the Oceania Junior record as well, and secure his second Pacific Games bronze.

His 335 kg total also won him Pacific Games bronze and set yet another Ocenia Junior record, as well as the Commonwealth Junior record. 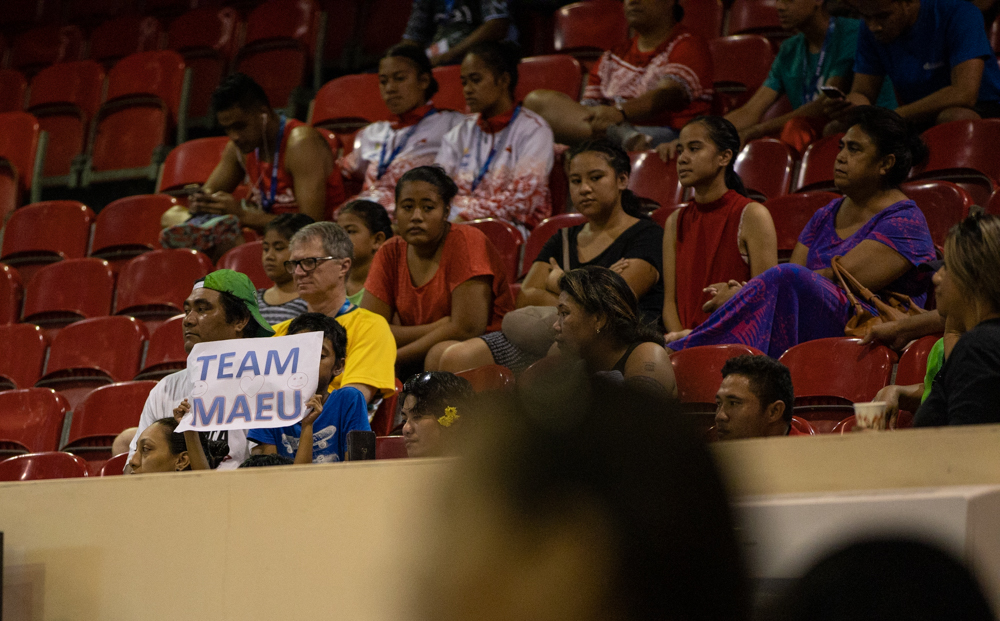