"My dad is here, my aunty and my whole family were hear cheering for me." (Photo: Aufa'i Areta Areta)
Weightlifting

Leotina Petelo has picked up the Samoa Weightlifting Team's second gold medal this week, after her sweep of the 81 kg women category at the four-in-one International Weightlifting Championships on Friday. 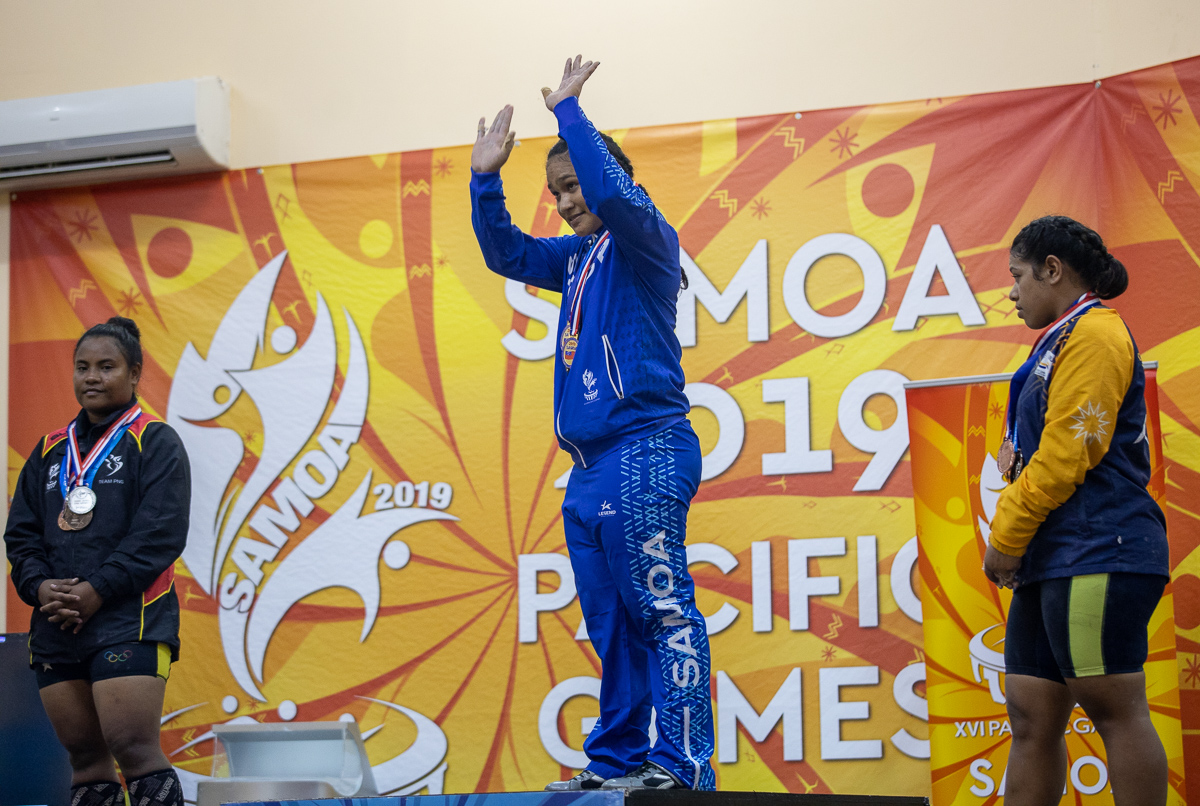 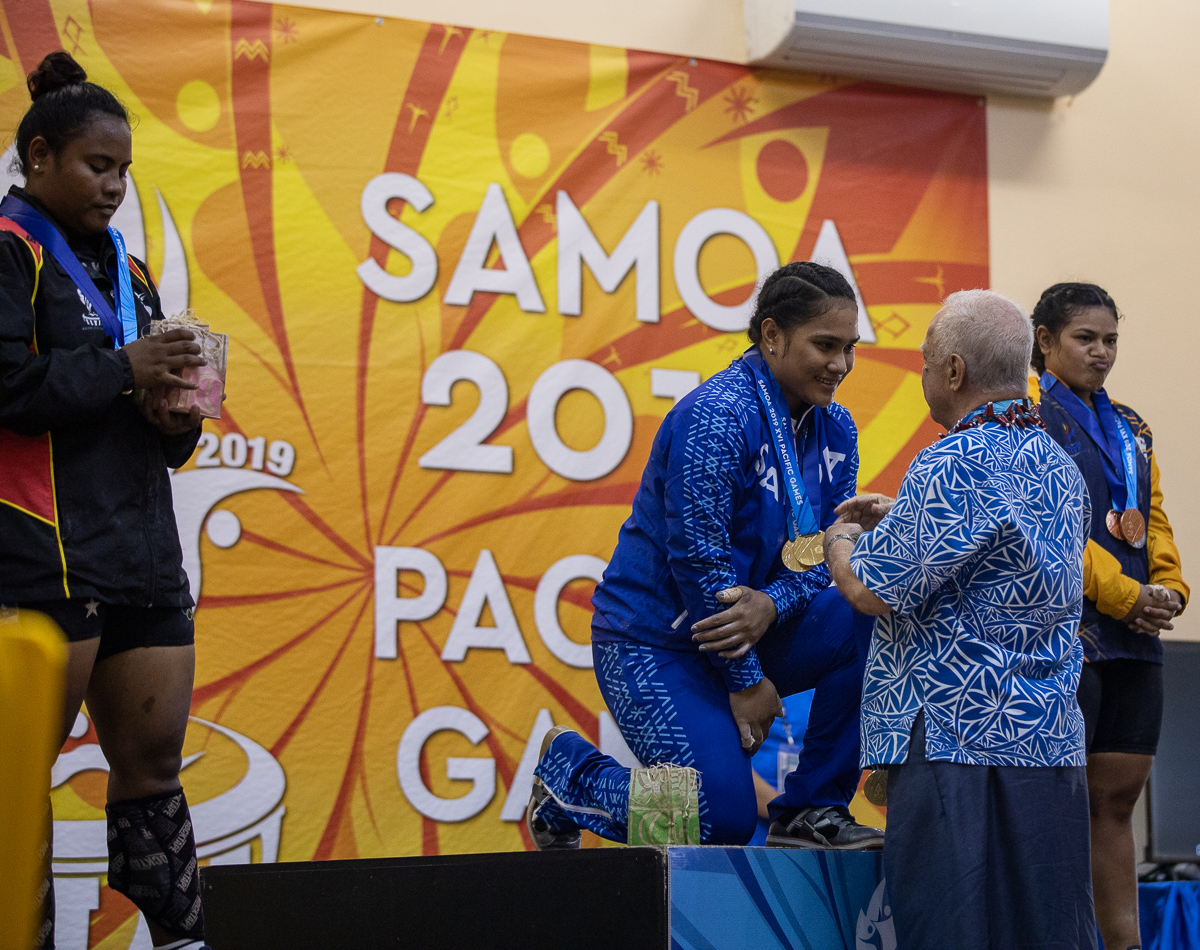 "The first time in my life I've won a gold medal, in my country! 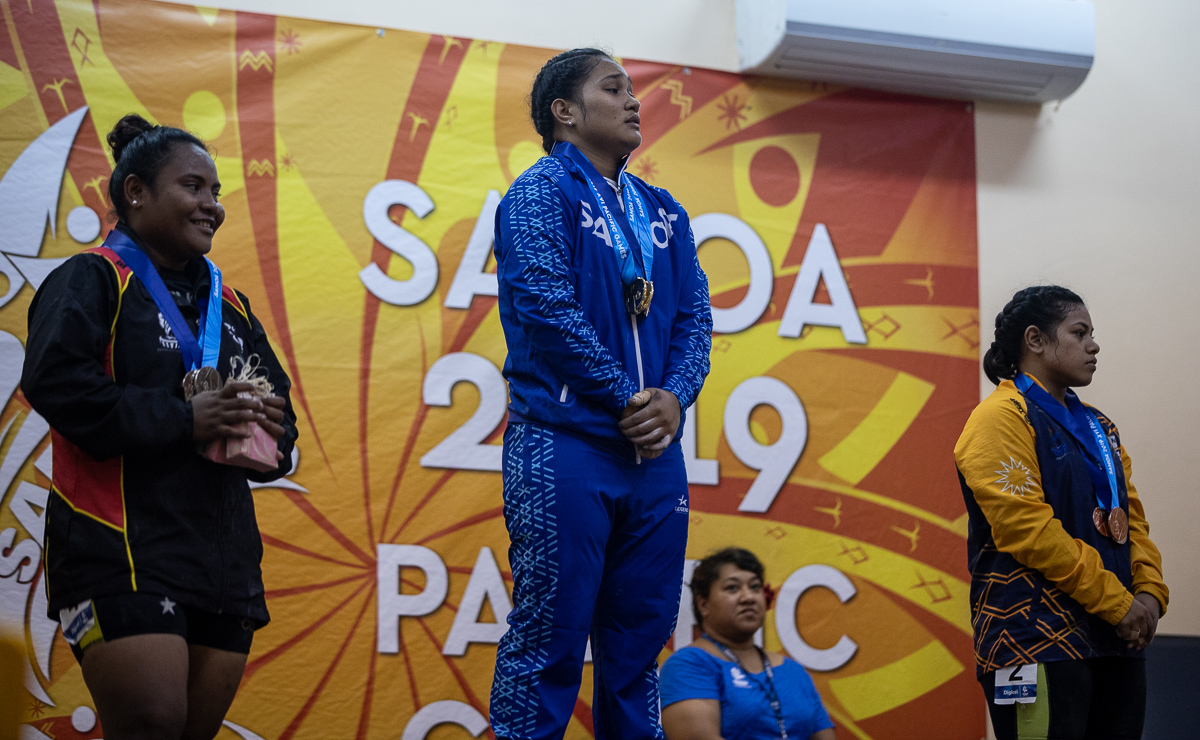 She said it was the biggest moment of her career so far, and performing in front of Prime Minister Tuilaepa Dr. Sai'lele Malielegaoi made it even sweeter.

"My dad is here, my aunty and my whole family were here cheering for me." 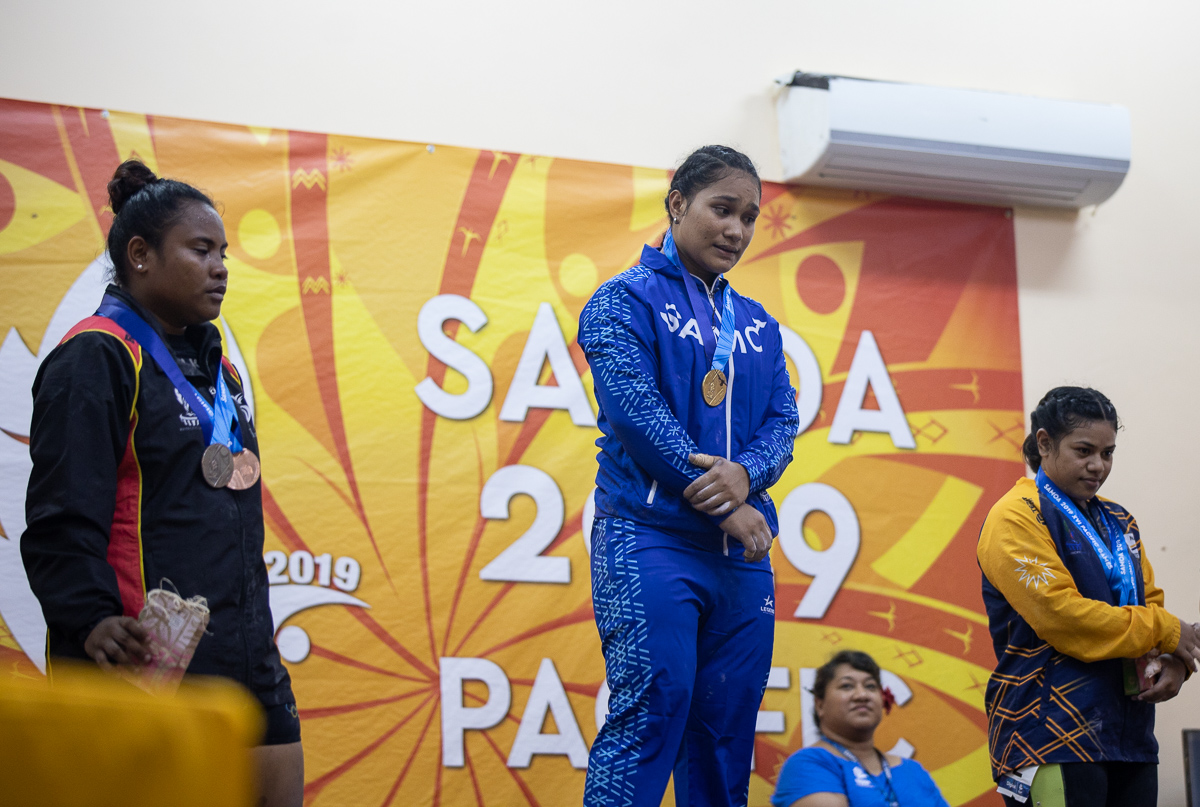 Jack Opeloge then won another six medals in the 81 kg men category, picking up Pacific Games Gold for his 138 kg snatch, an Oceania Junior record.

It took the third attempt to succeed with his Pacific Games bronze-winning 160 kg clean and jerk, and his 298 kg total won Pacific Games silver, and is also an Oceania Junior record. 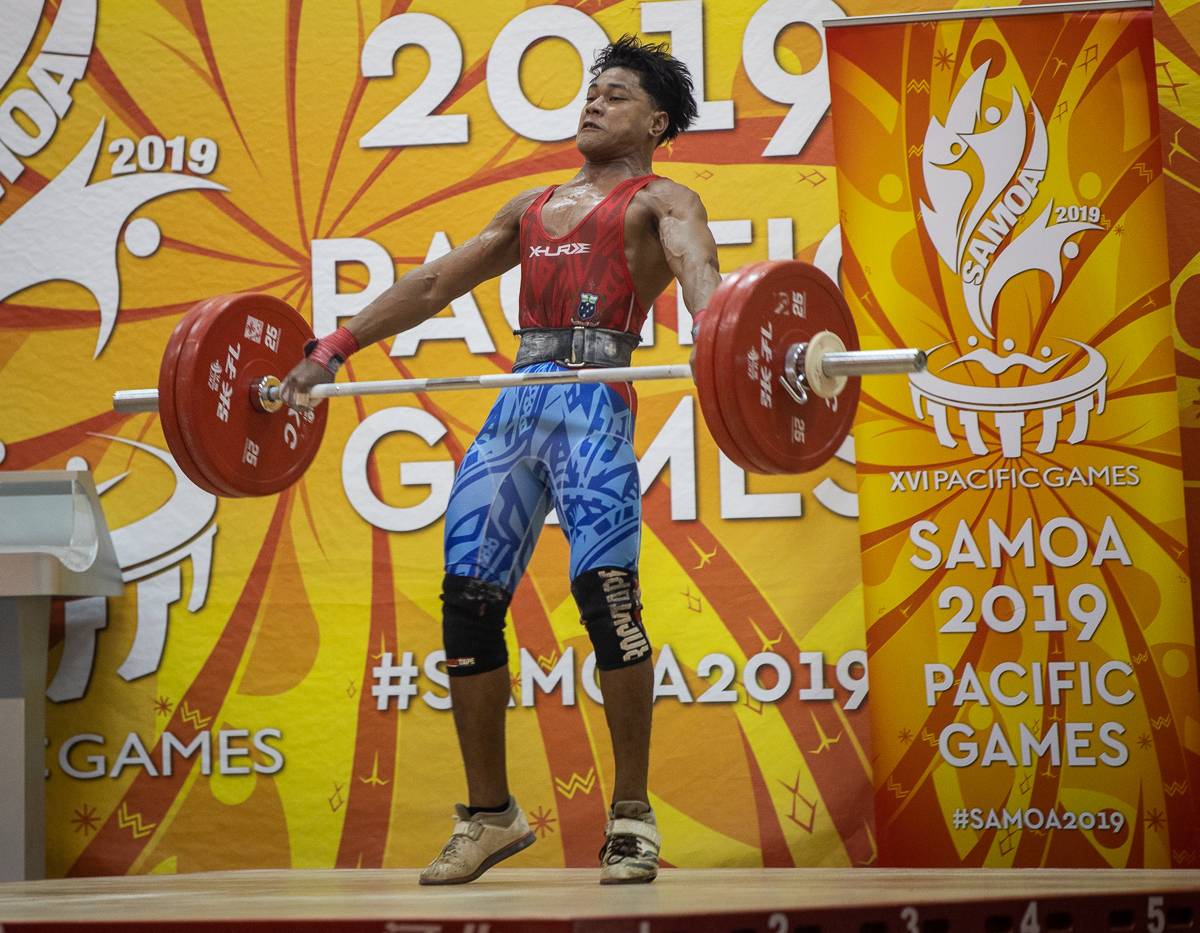