Five days into the Pacific Games, the man in charge of making sure the event runs smoothly says it has been good.

The Minister of Education Sports and Culture, Loau Keneti Sio, has commended the Pacific Games Office for their work.

He said C.E.O., Falefata Hele Matatia, and his team have done a good job with the Games, which started off with the opening ceremony on Sunday evening.

“For the XVI Pacific Games, we are fortunate to have a committed team and so far so good. On Sunday, was a true testament of what Samoans is all about, they have pride in being the host country," Loau told the Samoa Observer.

“Despite the bad weather, as soon as the doors were opened, they came in multitude to show support for the country, their children performing and to assure that we open the Pacific Games with a bang. And that is exactly what we did."

The Minister said Samoa set the bar high and the next host country will have to beat that standard.

“The performance by our children was a stunning success, and I want to thank the choreographer team put together by the Ministry of Education and the live broadcast around the world is an achievement itself.

“This showcased the world the capabilities of what Samoa can do and it speaks volume,” he added. 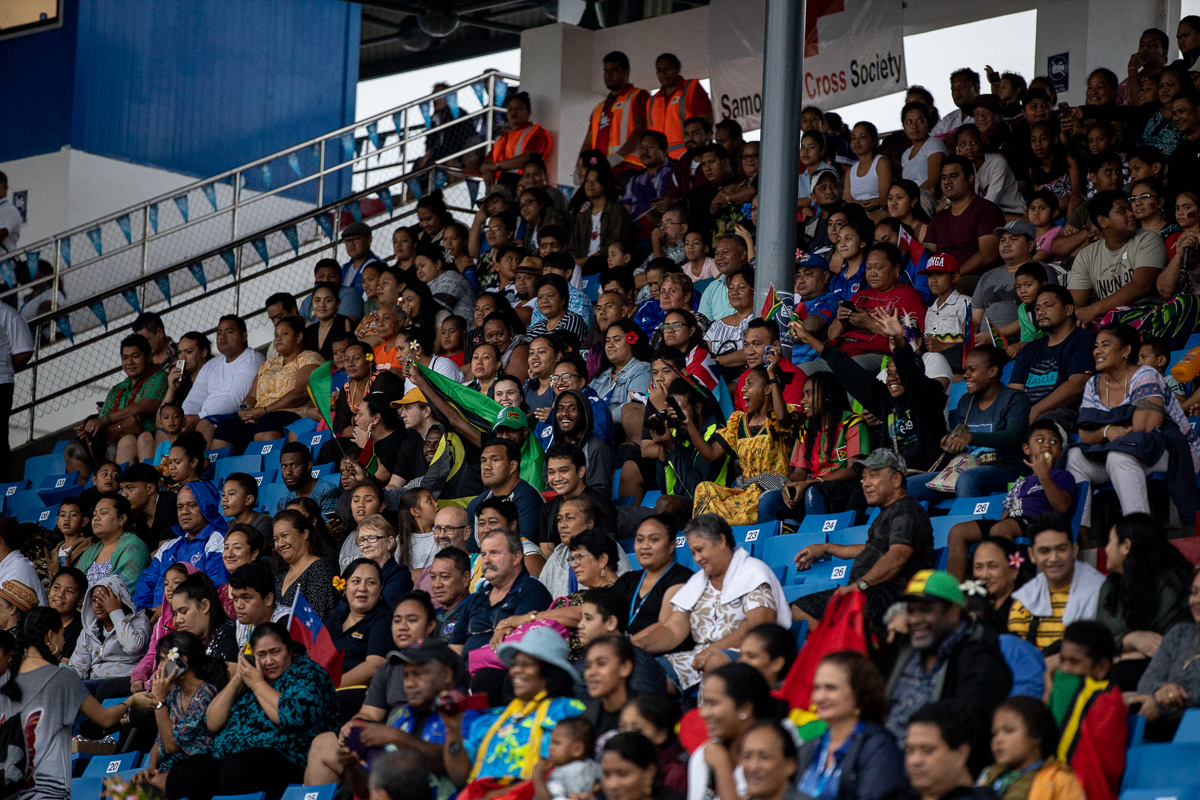 Loau said despite the 15-months preparations, the Pacific Games Committee pulled it off, thanks to the Government of Samoa, the private sector and the people.

“And the response by the Ministry of Police has been tremendous in all aspects when it comes to the safety of our athletes and guests on and off the field.

“It’s fortunate the Police managed to capture the alleged burglar before he exited the Games Village and we are working on addressing the issue over fake accreditation. The police have assured they have their eye on the other suspects and more arrests in the near future.

“I want to thank the Commissioner (Fuiavaili’ili Egon Keil) and his team of Police Superintendents behind scenes for their hard work.

“While everyone is out and about enjoying the games, the Police officers are working around the clock so we can enjoy the events happening.”

He said the Ministry of Police is now part of the Committee to address issues relating to policing at the Games Village.

Complaints over the quality of food provided at the various games venues for the athletes, officials and guests have also been addressed, Loau added.

“The complaint is the small portion of food and now the athletes, officials and guests can scoop their own food. The reason behind managing the handing of food is for hygienic reasons and we don’t want food to go to waste."