The Aquatic Center at Faleata erupted with cheers and excitement when the 21-year-old from Lotopa raced to the finish, leaving Rova Cheyenne, of Fiji, to settle for silver.

Coming in third was Samoa’s Jelani Wetzell, who dedicated her achievement to her grandad, August Gus Wetzell, who passed away three years ago on the same day.

Clocking below 30 was Lushavel’s aim going into the finals, and she did it with a time of 29.96, beating her 30.04 time during the preliminary rounds earlier yesterday.

She is the daughter of Luana Suhren and Russel Stickland, and she dedicated her win to Samoa’s swim team.

“We had a really big chant before we started," she said. "We got around in a circle and we sang a team song right before I went down to marshalling and after that my heart rate really elevated, and it makes me really want to do it for the team." 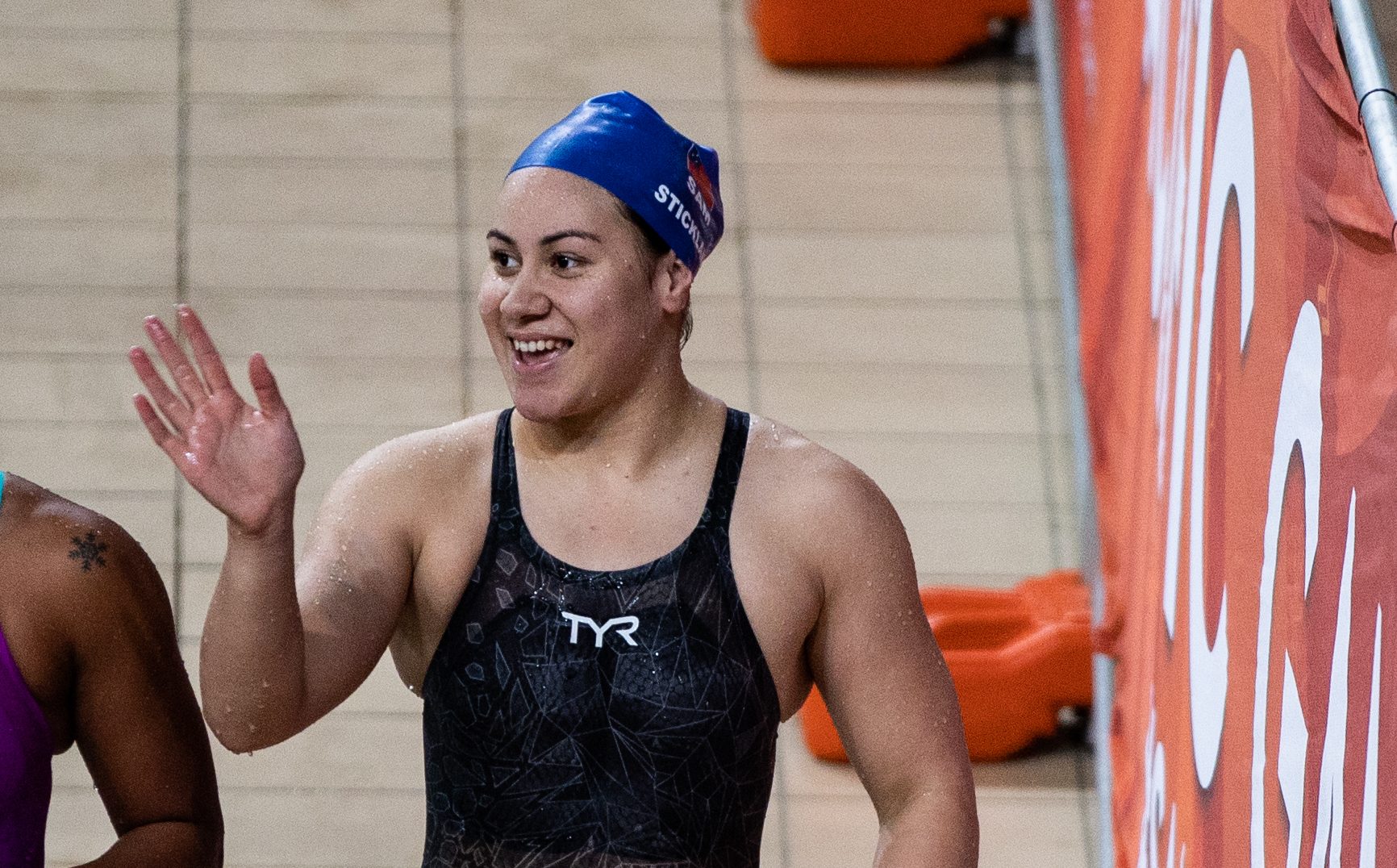 Even more special for her is winning gold in front of her home crowd, especially her family, who all turned up in numbers to watch her swim and compete for the first time.

“At the Oceania Champs, I was getting silver and bronze, I was like when can I have my chance at gold, and the best thing that could happen is doing it in Samoa. I was just waiting for this time.”

Lushavel won bronze in the finals of the women’s 50 meters butterfly on Monday night – a swim she doesn’t usually train and compete in.

“And yes I want to get another medal for Samoa. I really want to see the flag on the podium a few more times this week. There are a lot of us and I think we can get there,” she told the Samoa Observer.

She is happy to represent Samoa in big sporting events as it draws her closer to home, and looks forward to doing so in the future.

“I have a lot of family living here in Samoa.

“I live in Australia, but all my relatives live here, my cousins, aunties and uncles, and this is the first time most of them have seen me swim ever, so I was really making sure I was training up for this competition.

“This is my first Pacific Games but not international competition as I was also part of two Oceania Championships, the one in Fiji in 2016 that was my first team Samoa, that was amazing to join the team and one of the members turns out to be my cousin who was introduced to be my one of my uncles, and I had no idea. So this really brings me closer to my family as well.”

Lushavel called on young people to get involved in sports and to never give up.

“You just have to get started and it doesn’t hurt to try. I’ve tried other sports and just because you’re not good at one, it doesn’t mean there’s nothing else out there that you can’t do. I used to do karate, and am not a very aggressive person that’s why I prefer swimming.”

*Story has been amended to correct reference to Jelani Wetzell's grandfather, the late August Gus Wetzell.