Women's squash team one match away from gold

Samoa’s women squash team has already guaranteed themselves a medal in the XVI Pacific Games.

The only unknown is the colour, whether it would be gold or silver when they play New Caledonia on Thursday afternoon.

The two teams met on Wednesday in the preliminary round to determine who will play in the finals – but due to Samoa and New Caledonia not having lost a game and being the highest placed teams in the competition – they will now face off in the gold medal play-off.

Samoa lost 4-0 to New Caledonia in the preliminary round at squash courts at Faleata on Wednesday, but the team is determined to overcome their loss and go for gold and they meet in the final on Thursday.

Team member, Lupe Kapisi, said their match on Wednesday was only a trial match for them.

“The game we lost was a good test for our medal match tomorrow because we are competing against New Caledonia for gold," she said.

"Our game helped us get a good feel of how they play and what to expect and what we need to change or do better to polish up.

“We have never played them before especially these ladies before so it was a nice experience,” she said.

Asked about how she felt playing against one of the region's top squash teams, she said it all depended on the individual.

“If you go in and have prepared as much as you can physically and mentally you just got to give everything you have. Yes, they are really good but you have to rely on yourself. 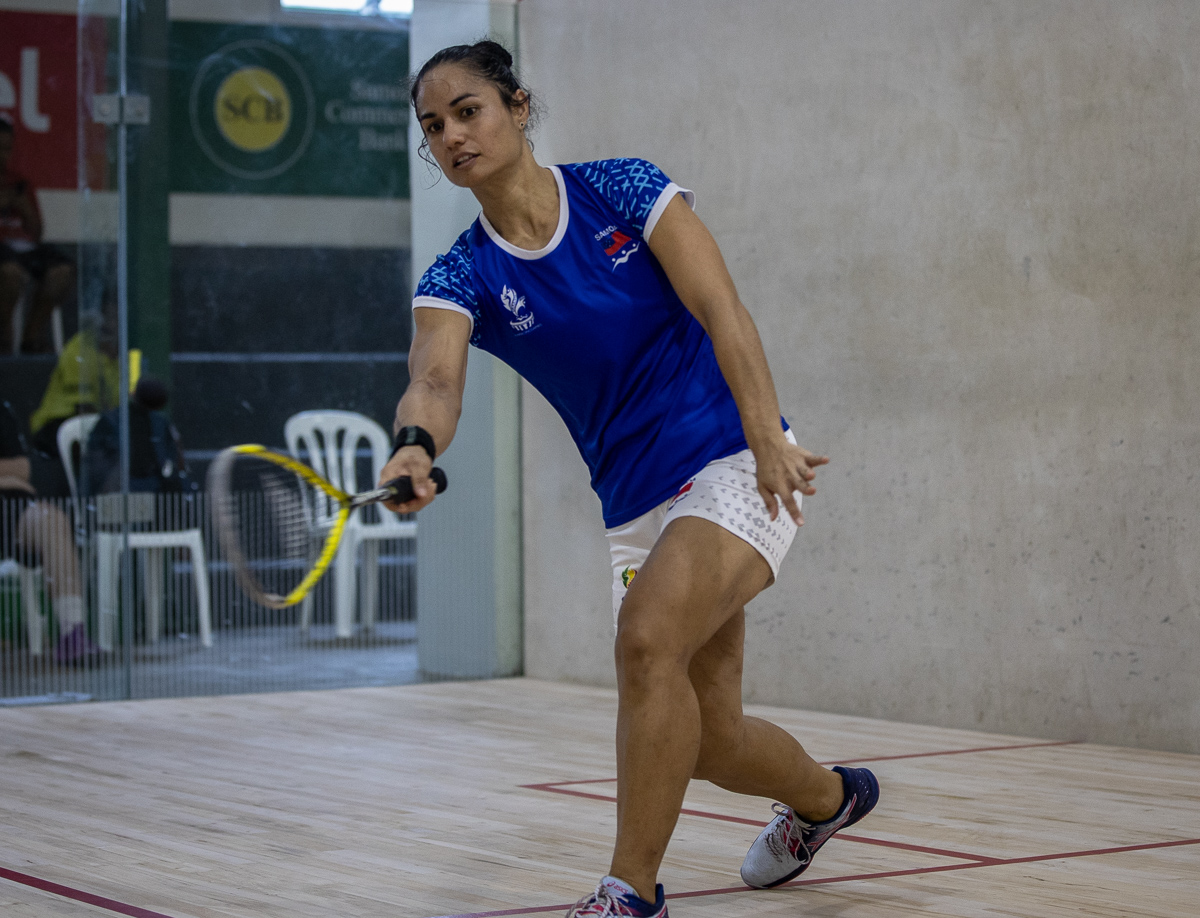 “The main thing is to stay focused and try not to make any errors and play to the best of our abilities,” she added.

The 32-year-old mother of two from Tulaele, daughter of Fanene Samau and Alyson Sefo, acknowledged the support of her family, friends and her team.

“I have always been around the squash courts because my parents played squash since I was little,” she said.

She only played once for Samoa in the Pacific Mini Games in 2009 but then took a break when she had children and mostly did CrossFit.

“We’re playing the same game again tomorrow (today) and we will come out fighting with a slightly different team.

“Samoans are warriors and they are going to fight.

“You never know what can happen and anything is possible, we will see our best players can do and they will be coming out guns blazing and same with the men I’m expecting them to do well," he said.