Samoa’s gold medalists in the men’s pairs gave God credit for their win with Lealaiauloto saying he was simply overwhelmed by the achievement.

“The glory and thanksgiving must be given back to God because without Him we would not have won this game because in all honesty it was a tough competition," he said.

“Our games were so hard and yes we struggled, Fiji came to play us for the gold but we also wanted to win that gold for our country,” he added. 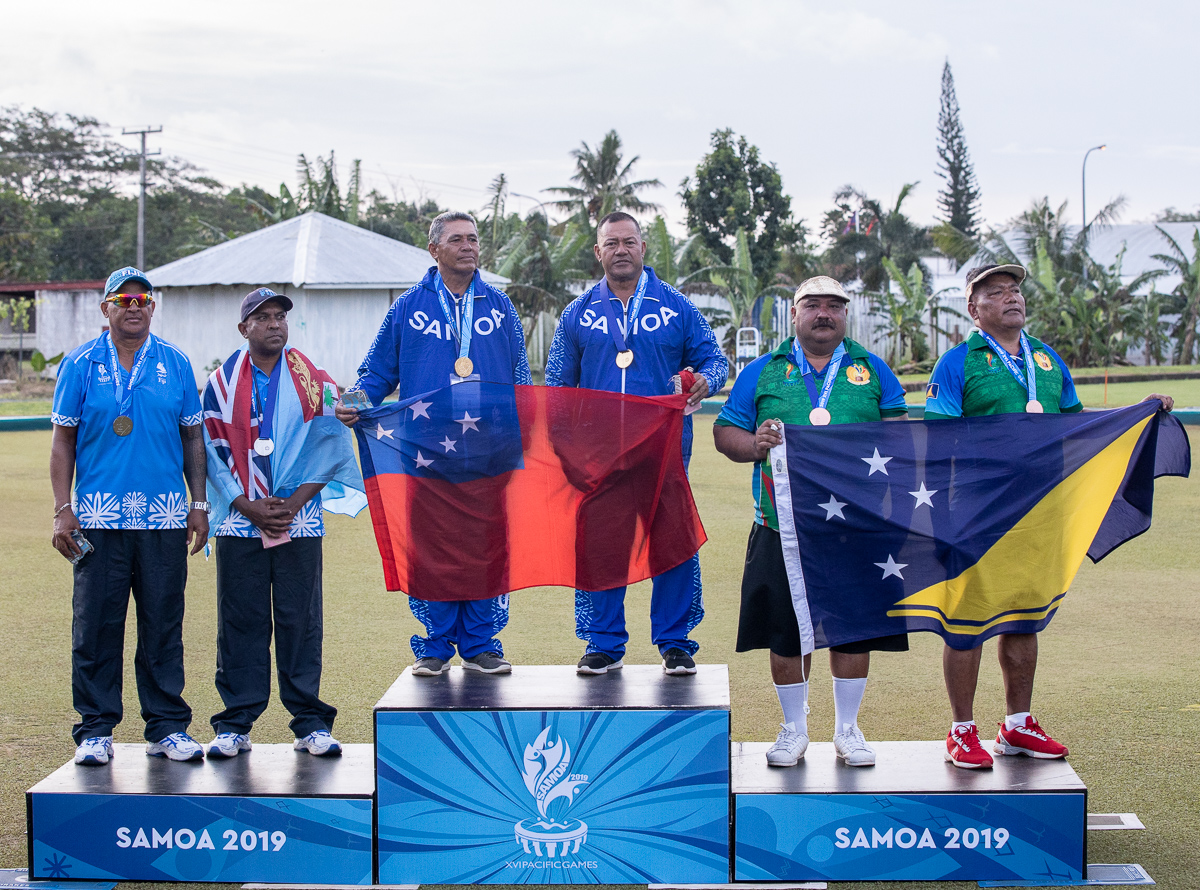 The 60-year-old from Vaivase acknowledged the support not only from his family, friends and his team but more importantly the people of Samoa.

“It is because there were times when we did not perform well but our people still cheered on and that gave us a lot of strength despite feeling weak at times but that was the extra push we needed.

“I like the game because it exercises the whole body from kneeling to bowing, to standing up again and then walking around and it has been seven years since I have been playing this game,” he said.

The father of four said that their preparations were not easy.

“One of the difficulties I faced during preparations was the diet – our coach advised me not to eat anything unhealthy stick to the fruits even though it was hard but I still obeyed and now that I have accomplished something great I can say obedience pays off and it did,” he added.

Tupai said that he chose lawn bowls because it did not have an age limit and because he not getting any younger this was the only game he could represent his country with pride. 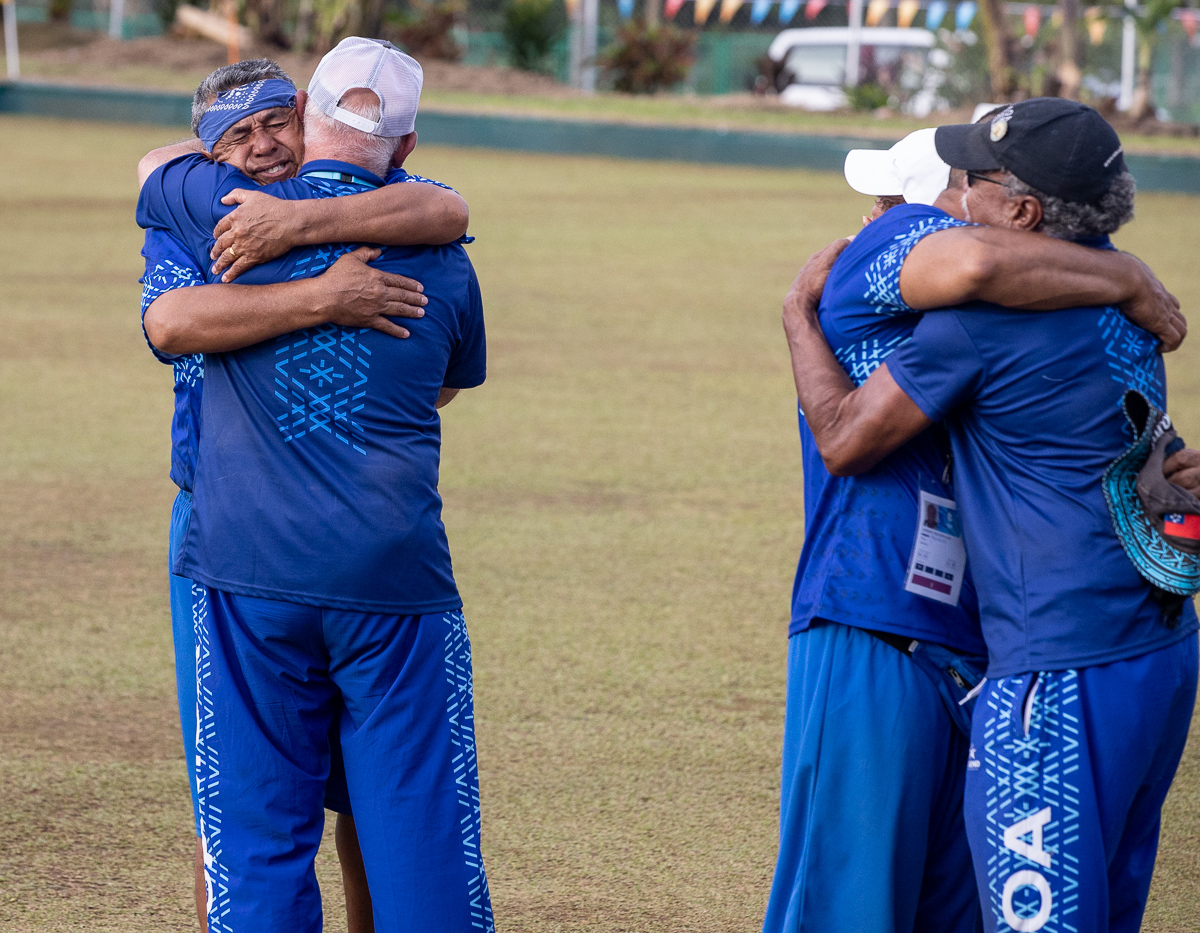 The 55-year-old from Salailua, Savaii thanked everyone that supported him and his team throughout their competition.

“During my preparations I did not face any difficulties except my wife having doubts about me going to practice early morning and come home late.

“But now that I have a medal I can prove that I was going to the right place which is the lawn bowls fields and all the hard work has paid off but then my wife is always my biggest supporter together with my children,” said the father of five.

The coach of Team Samoa for both men and women’s lawn bowls, Howard Sandler, said that his team had worked hard and they deserved the win. 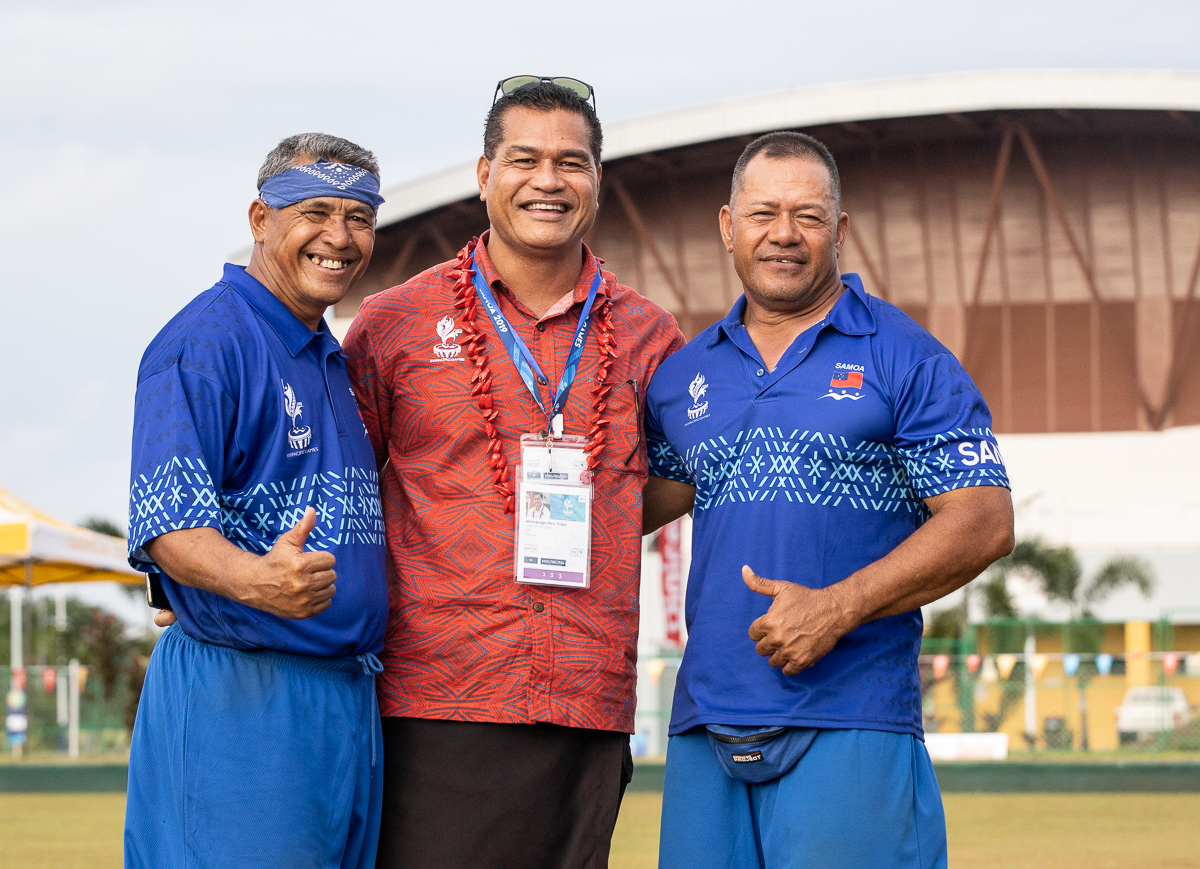 Norfolk Island got gold in the ladies four while Niue took silver and Fiji got bronze.

Fiji also took gold for the men’s triples with silver claimed by Cook Islands and bronze going to Niue.