Thirty-seven-year-old Lisa won silver in the women's compound division after amassing a total of 935 points from her shooting, while her husband Frederick got a bronze medal after he tallied a total of 1056 points.

Frederick, who is Samoan, thanked all their families, friends and his work colleagues for their support during the competition.

"It’s just been really good support, so we've been quite fortunate," he said.

Asked if he ever considered representing Samoa, Frederick said a few things need to be sorted out first before he can do the switch.

Frederick is the son of Leilua and Imelda Leota of Moto'otua.

For Lisa, she said having Frederick around helped achieve her goal to secure the silver medal.

"Today was the individual one and Fred likes to support me and that really helps a lot," she said. "I dragged him along to a class, he used to be a paddler before in Va’a but I said come and try this with me and so I pulled him in." 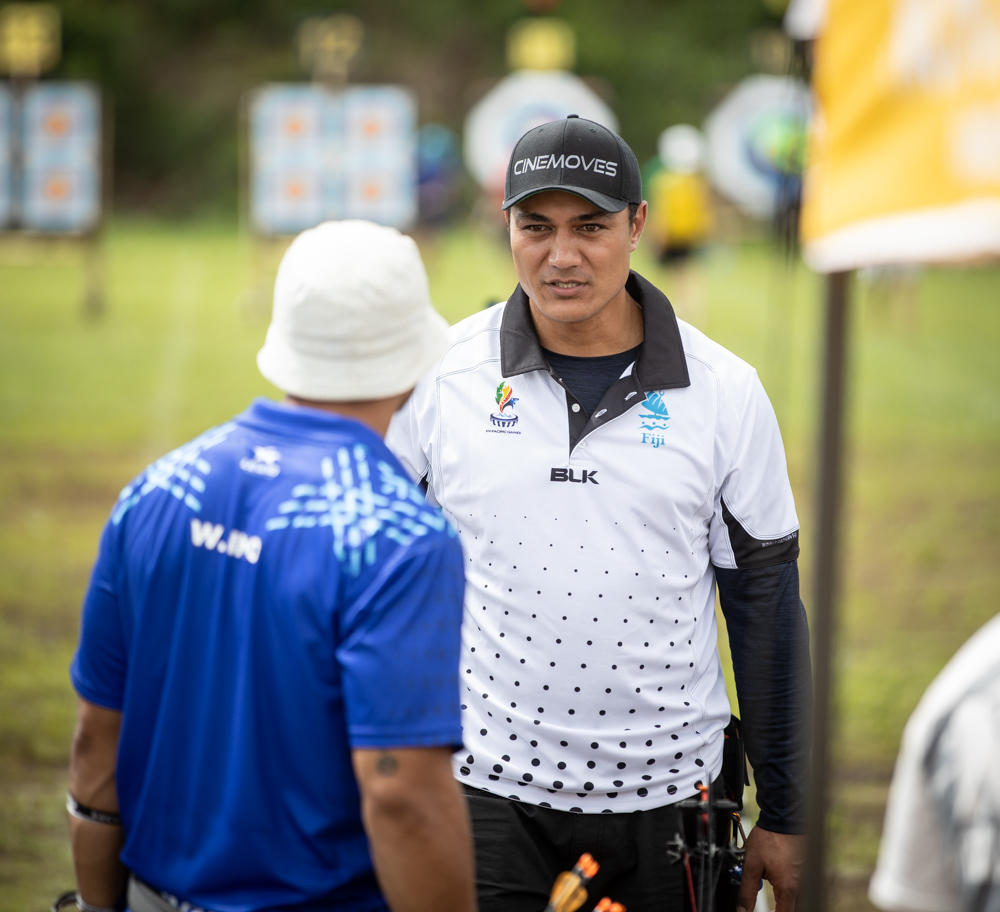 They debut at the 2016 Archery Oceania Championships in Tonga, where they won silver as a mixed team and followed up on that performance a year later with two silver medals each at the Pacific Mini Games in Port Vila, Vanuatu.

The couple also competed for Fiji in the mixed teams on Wednesday.