Team captain Moevanu Aiomanu Tupu said the achievement is historical, especially as this year is the first year Samoa has entered a women's team for over ten years.

Tupu and teammate Tauvaga Farani were in that race, and were visibly overjoyed to be competing again. 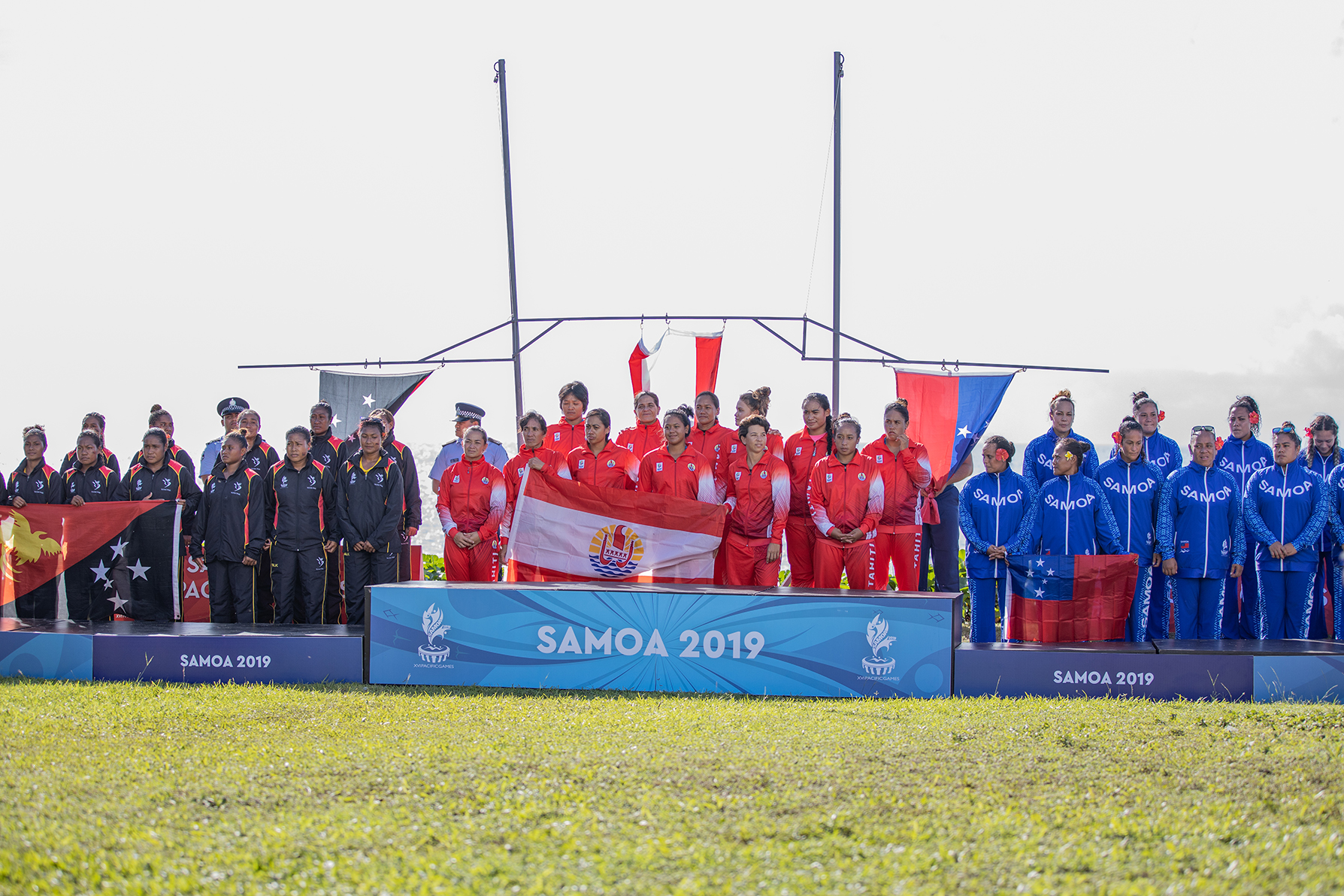 Their medal was presented by Lara Collins, President of Waka Ama New Zealand. Once the formal ceremony was over, the moment fully sunk in and the team shared tears and embraces.

“It was really tough,” Tupu said of the finals.

“We haven’t been paddling for a long time, and were competing with these other Pacific countries.

“It was from the heart, and all the work we put in led to the good result at the end.” 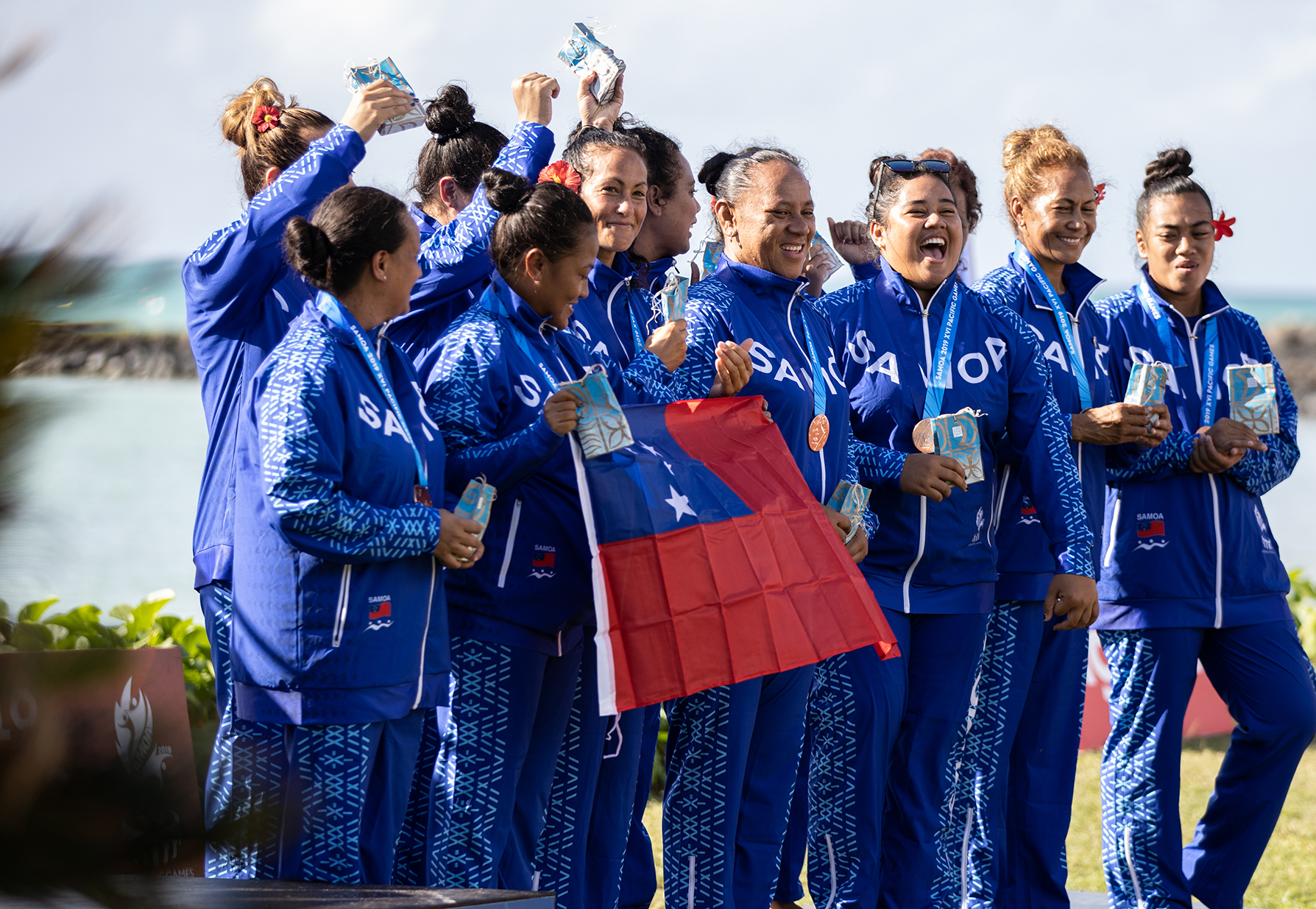 All the women are home-grown Samoan who have been training for eight months with the exception of New Zealand based Anne Cairns, who arrived on Wednesday to join her nation in the Pacific Games.

Tupu’s eldest daughter Jessie Lourdes Tupu is just 19, and is not only the youngest person on the team but also the steerer, and has the most responsibility on the boat.

Their family also includes her younger son, 17 –year-old Afele Joseph Tupu, the youngest of the men’s Va’a team, and her husband Tupu Fua is in the badminton team.

“It’s hard sometimes, especially in this kind of weather when it’s really windy or wavy. If the boat is not aligned and the race is starting, the fall will come to me,” Jessie Tupu said.

She was moved just a month ago from sitting up the front as stroker to becoming the steerer. She said she could hardly sleep, practicing in her head and making plans.

“Just this last day I woke up three times, it was really hard for me. It was tiring and exciting at the same time.” 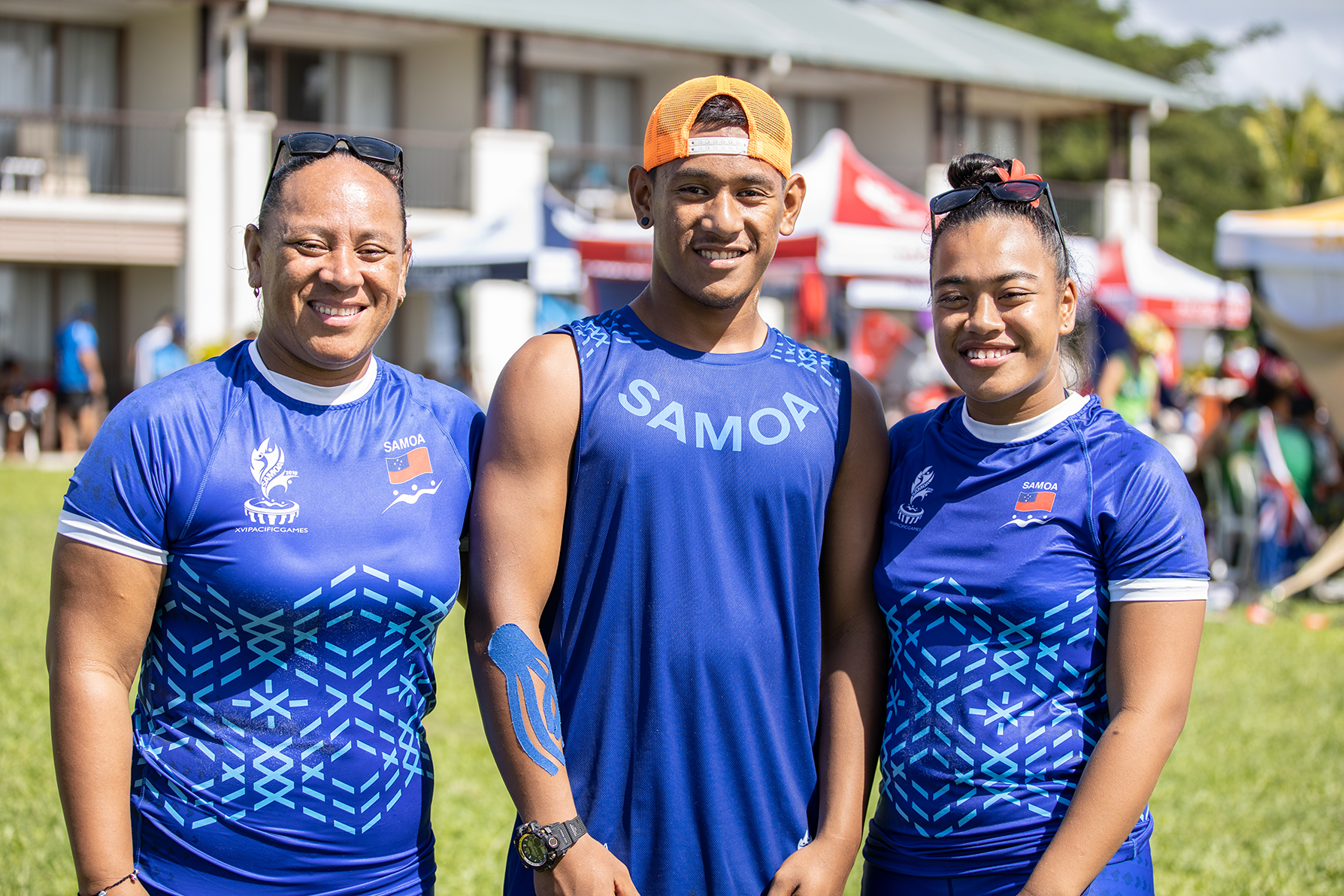 They were coached by Jay Jay Ah Fook Schuster and Tasi Schuster, whose daughter Sula Schuster is in the team.

The men’s team paddled a tough race, coming fifth behind Tahiti, Fiji, Wallis and Futuna and winners New Caledonia. They were just four seconds behind the winning team.