Samoans get behind Pacific Games opening despite bad weather 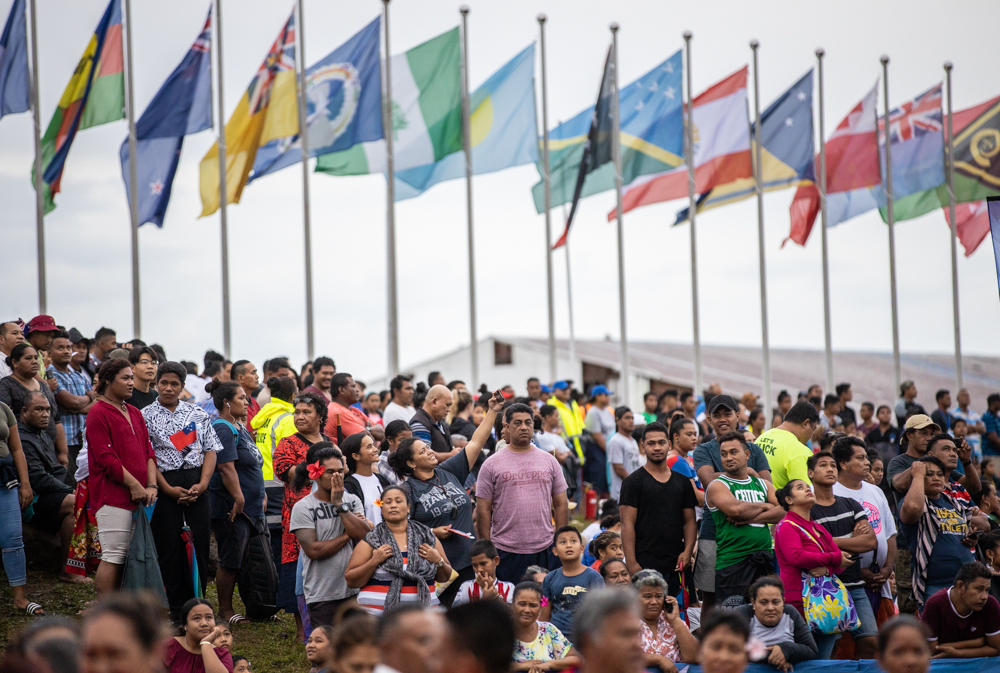 The heavy rain did not stop hundreds of Samoans dominating the crowds at the Apia Park stadium yesterday.

One of the spectators an elderly mother of four from Lefaga, Ana Ioane said that despite the bad weather it did not stop her with family members coming out to witness a historical day for Samoa.

The 64-year-old said that because of her old age she wanted to see Samoa host the games because who knows what the future holds.

“This is the second time Samoa hosted the games and this is very significant to our people, we are here to show our support not only for our athletes but for Samoa as a whole.

“I understand so many people had their doubts about the weather but we are a Christian country we are founded on God and the Samoan people have been praying so that we can have successful games.

“The organizing committees did a great job especially the dancers and entertainers, I am very proud of the hundreds of students that sacrificed their time from school to put on a show worthy enough to represent a piece our Samoan culture,” she added.

A parent of one of the students performing during the opening ceremony, Lameko Tele could not hold back his tears as he shared how proud he was for his daughter partaking in the ceremony.

“I am a very proud father because all the hard work and effort by all the students produced amazing results.

“As a parent, I was worried at first because the children had to practice in the rain but also it rained throughout the day and that made me even more worried, no parent wants to see their children sick but thank God it did not rain throughout the ceremony.

“We must give back the glory and thanksgiving to God that our country persevered despite the bad weather, and we pray for all the athletes from other countries as well.”