Being named flagbearer for New Zealand's Pacific Games team has only hyped weightlifter David Liti more for the four-in-one International Weightlifting Championships next week at Gym 1 in Tuana'imato.

The 23-year-old can't wait to lead his country during the opening ceremony on Sunday night, and is proud to do so in Samoa.

“All of this is just gonna amp me up and get me real excited for the toughest battle of my life."

It's a battle he has fought before - Liti is set for a showdown with Samoan Lauititi Lui in the 109+ kg category next Saturday night, and the two are familiar opponents.

Liti, who grew up in Tonga, said they've become good friends since they first competed at the 2015 Pacific Games.

“It can go either way, it’s not going to be an easy fight."

He said it's good to come up against his friend because that level of competition isn't there in New Zealand.

“He motivates me to be a better athlete." 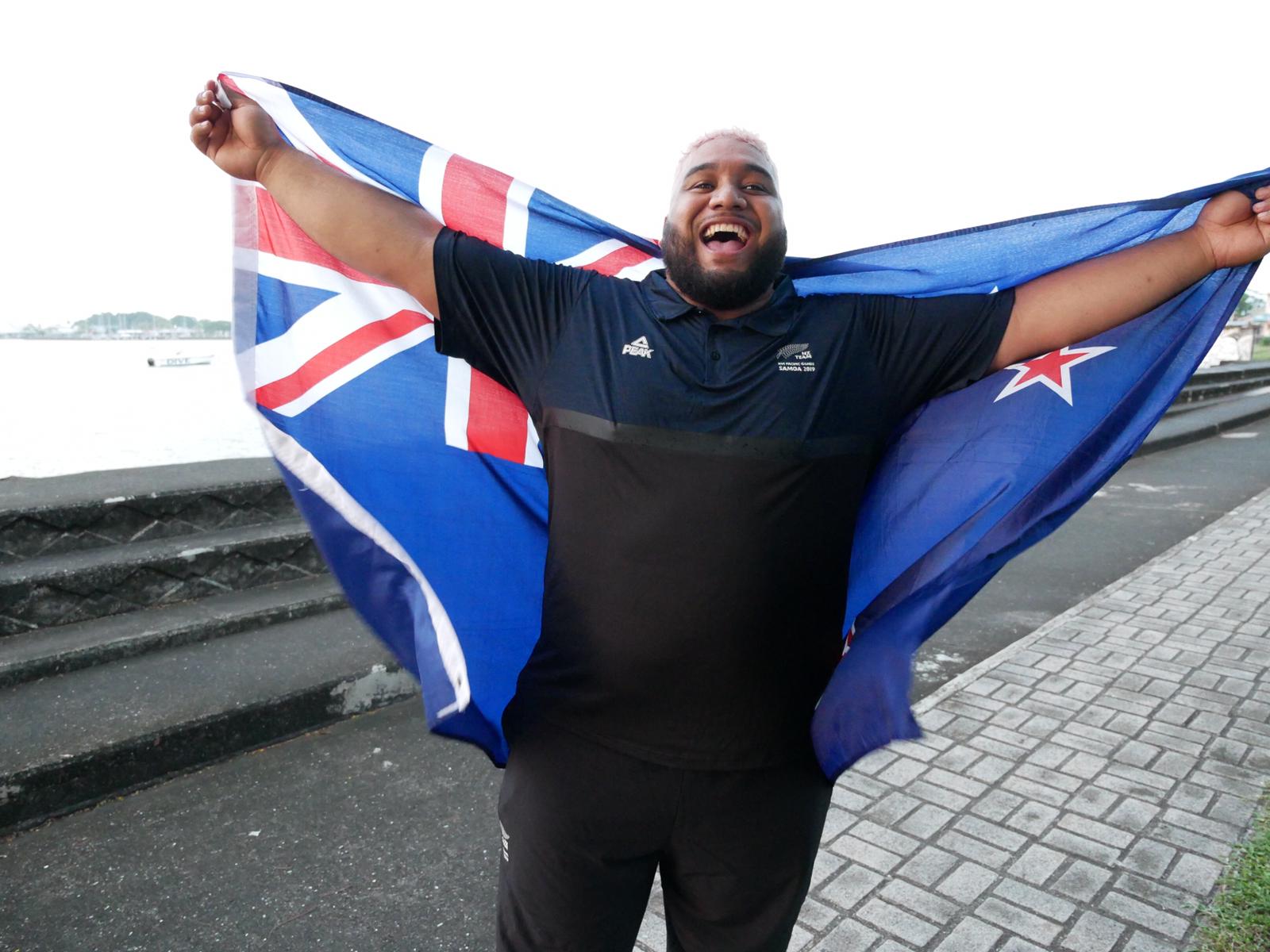 Liti has a clear memory from his first Pacific Games in Papua New Guinea.

“When we were warming up [Lui] was just sitting there.

“We got to all our heavy lifts, and then he started, and he was powering everybody’s best lifts.

“So everybody was just looking at him like bro, what the hell is wrong with this guy!"

Lui won the silver medal at those Games, ahead of Liti in third.

But Liti got one back by winning the Commmonwealth Games gold last year, with Lui suffering a devastating knee injury that consigned him to second place.

The Kiwi said four years on from the last Pacific Games, he is older and more mature as an athlete.

Liti is expecting the Samoan to get a major boost from his home crowd.

“You’d be surprised how much that actually helps you."

He said he is proud to be at the Games, rubbing shoulders with the best in the Pacific including Junior World Championships gold medallists Don Opeloge and Feagaiga Stowers.

“And it’s exciting, learning of new islands that you’ve never heard of before, new languages that are similar to your own language."

Liti said he is really excited to experience the Samoan traditional dances and culture at the opening ceremony on Sunday.

“Back in P.N.G. it was really nice, and I’ve always wanted to come to Samoa."

He said he's excited for the local food as well, and feels lucky to be in the unrestricted weight class.

“Eat whatever you want!"