Samoa’s own Jordon Milroy and Eli Kapu-Craig will be representing their home in the Oceania Parasailing Championships during the Pacific Games.

Milroy (29) and Kapu-Craig (11) have Cerebral Palsy, a motor neuron disability. Together, they will sail a special class of sailboat called a Hansa 303.

These dinghies have an especially heavy centreboard so they won’t tip, and are operated with a joystick.

When the Samoa Observer met Milroy and Kapu-Craig on Friday morning, the two were meeting for the second time ever and still had not sailed together yet, but had a practice run at rigging their boat. They have just the weekend to train together on the Hansa 303, a boat Kapu has never tried before. 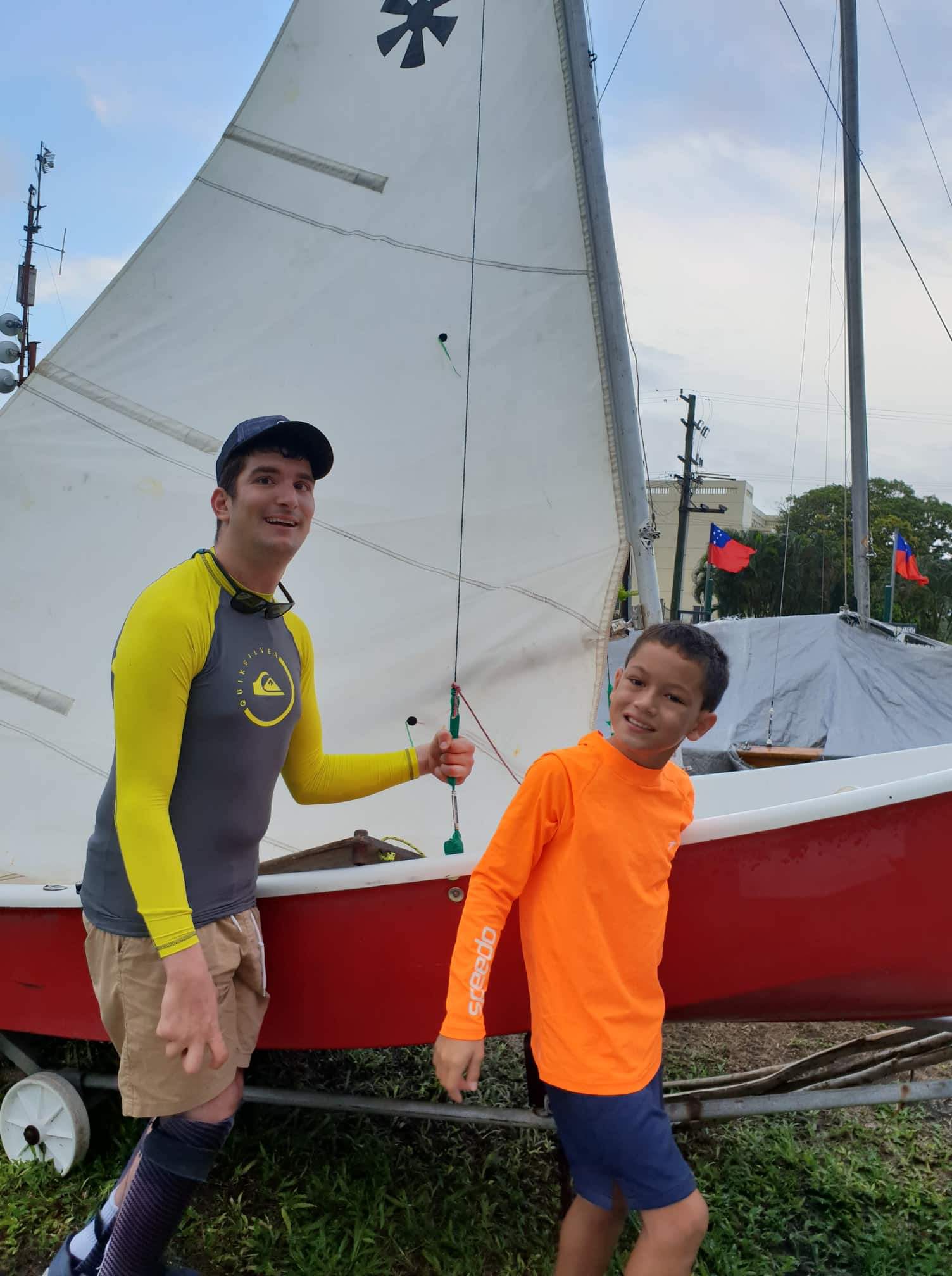 It will be a big week of firsts for Vaiala Beach School student Kapu-Craig, who he said he was pretty nervous to take the world stage out on the water with Milroy (Vaiala Beach alumni of 1997).

“I’ve never done this before, it will be my first time in the Games,” he said. Kapu-Craig began sailing just a year ago on a small Optimus, and is already comfortable on the water with his new, similarly disabled partner.

“I think it’s pretty cool, and I am more comfortable around Jordon because he is more experienced than me,” Kapu-Craig said.

“When I was Eli’s age there weren’t many people with Cerebral Palsy around, so to help Eli on that journey will be pretty cool,” said Milroy.

For Milroy, partnering up with Kapu-Craig means passing the baton of representing disability in Samoa to a younger generation. Since he was a young boy, Milroy has been changing people’s minds and upending stigma against disability, through his activities and through a growing social media profile.

Just this year, he launched Pacific Cerebral Palsy Network to connect and engage with others in the region with C.P, and to promote awareness and guidance about the disability.

When Milroy was young, and got too tall to sail on the small Optimus sailboat, his family decided he should move to New Zealand where he could develop his skills. He was just 11-years-old, the same age Kapu-Craig is now.

“[The race] about making Eli aware that there is a future in sailing for people with disabilities. It will be cool to get Eli onto the world stage,” he said.

“It’s time to foster the next generation to become sailors and break down the stereotype of disability in Samoa, which is quite strong.” 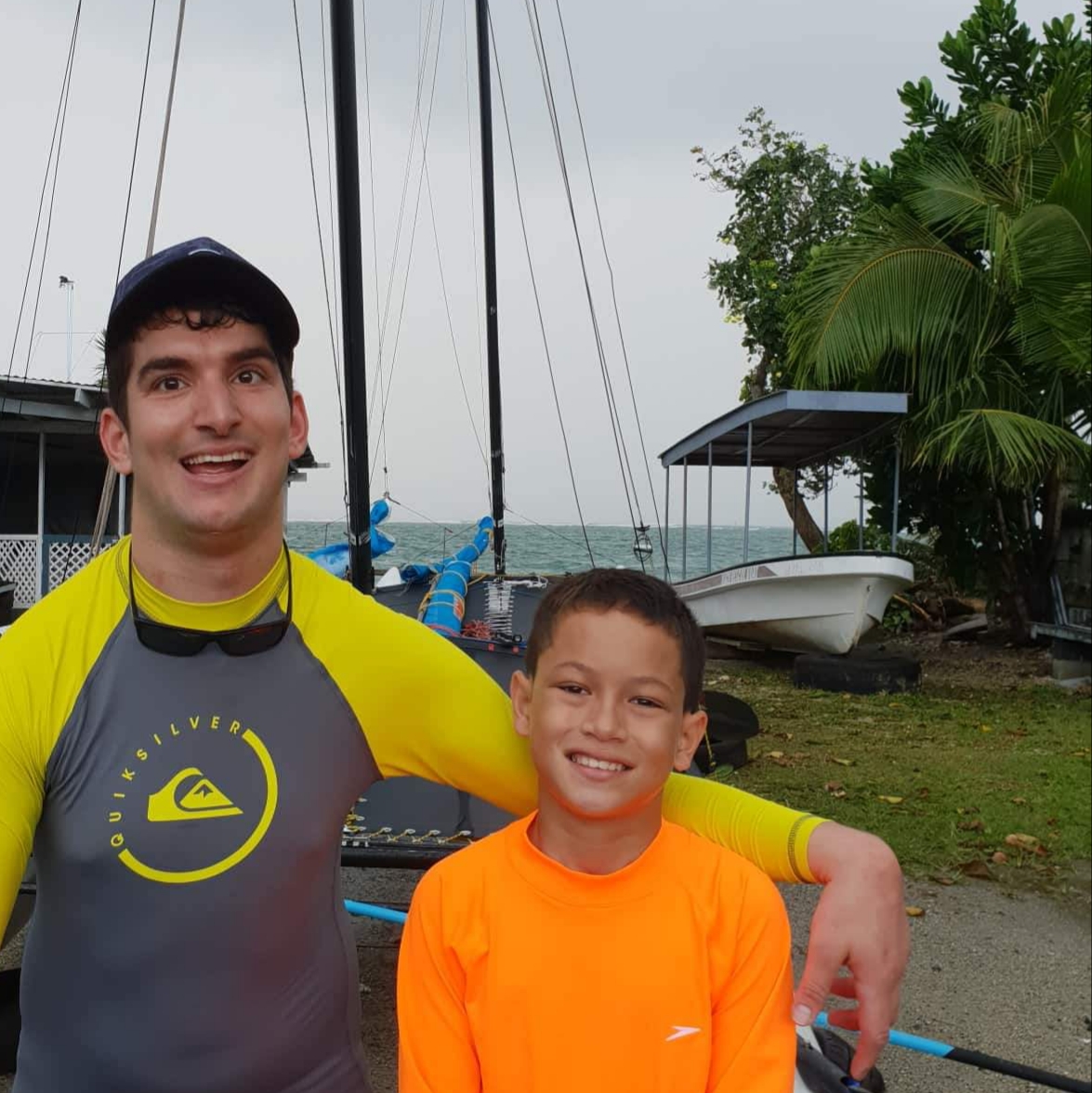 Kapu-Craig’s mother, Syliva Craig said while 20 years ago stigma against disability was a challenge here, people like Milroy, and Nathan Keil who was born with Downs Syndrome opened Samoa’s eyes to possibilities.

“They really made it so much easier. And then, with the Special Olympics, the kids who went over, it’s really changing Samoa’s perspective of people with disabilities,” she said.

“I am just inspired by Jordon, actually. He’s an example of individuals with disabilities who can do anything they set their mind to, and I am thankful to him because he is a good example for Eli.”

Parasailing in Samoa will only grow from here, after this first parasailing competition in the Oceania region.

After the competition, five boats will return to New Zealand and one, a slightly smaller boat will stay in Samoa, donated to the Apia Yacht Club (A.Y.C) for young disabled sailors to have a shot at development.

A.Y.C President Raema von Reiche (Milroy’s mother) said having the donated boat means young children outgrowing the Optimus like Milroy did actually have something to progress to. It’s easy to rig up, sail and won’t tip over, Ms Von Reiche said.

Sailability Auckland President Brendan Tourelle will visit Samoa at the end of July to officially present the gift to A.Y.C.

“That boat will be used by Eli, and now Eli can start teaching other kids to sail,” Ms von Reiche said.

For Milroy, P.D.L and Transam’s donation mean he will compete for Samoa, in Samoa, for the very first time after years of carrying his country’s flag around the world.

Over the last week, Spain hosted the Para World Sailing Championships, which he competed in last year in the United States – the first time Samoa has been represented in that competition. But given the choice, Milroy chose to come home rather than compete further afield.

“Why wouldn’t you want to come home and sail? To have the chance to sail here, I am so excited.” 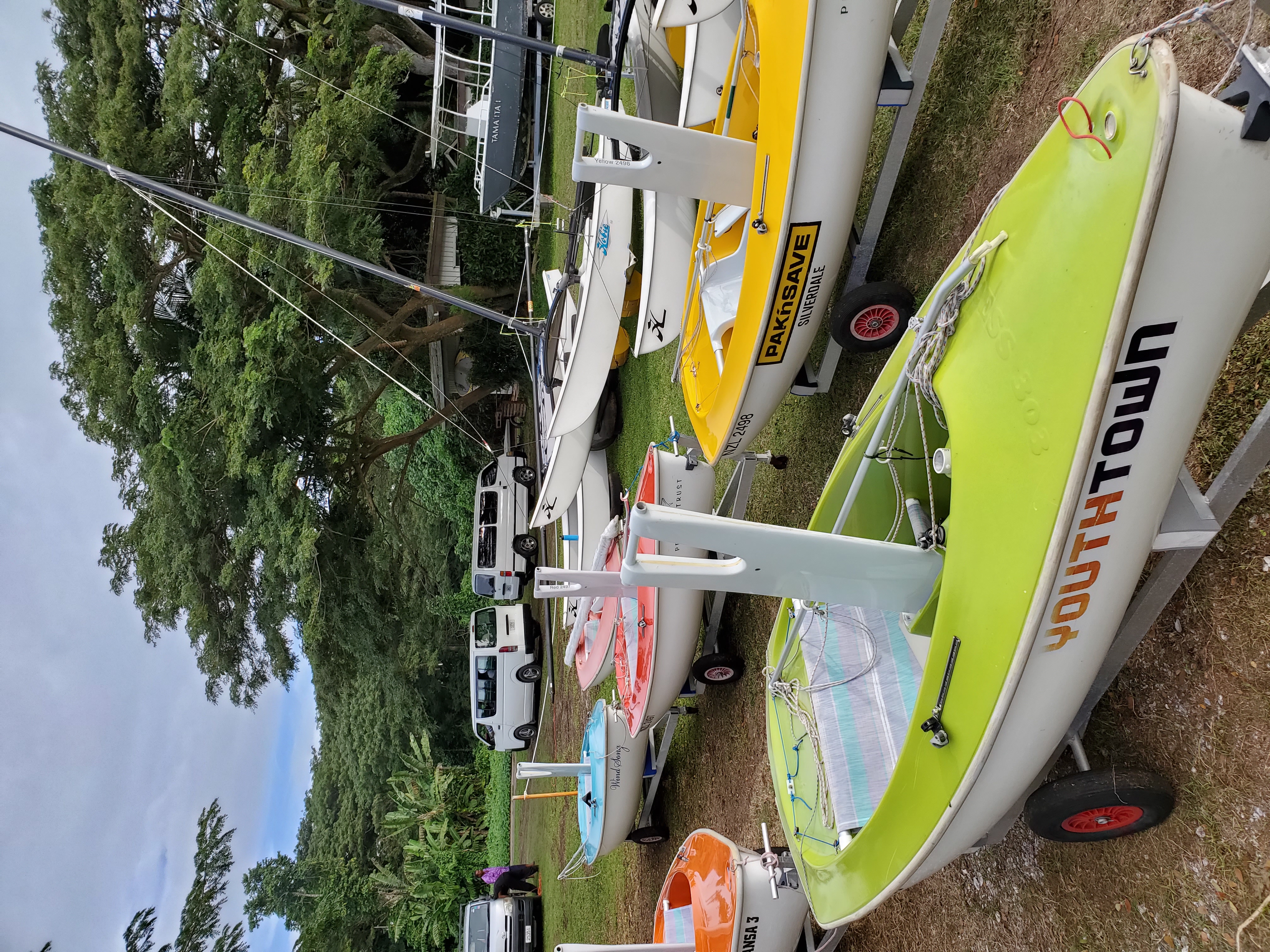