Two new lawyers have been admitted to the bar by the Acting Chief Justice, His Honour Vui Clarence Nelson, at the Supreme Court.

A graduate of the University of Queensland, Ms. Theadig is working with the Legislative Assembly Drafting Division.

Mrs. Leafa, who studied at the University of Waikato in New Zealand, is a Legal Analyst at the Samoa Law Reform Commission and is married to a Samoan.

The young graduates got to see the law in action with their admission being purposely scheduled after the sentencing of some matters in the Supreme Court. 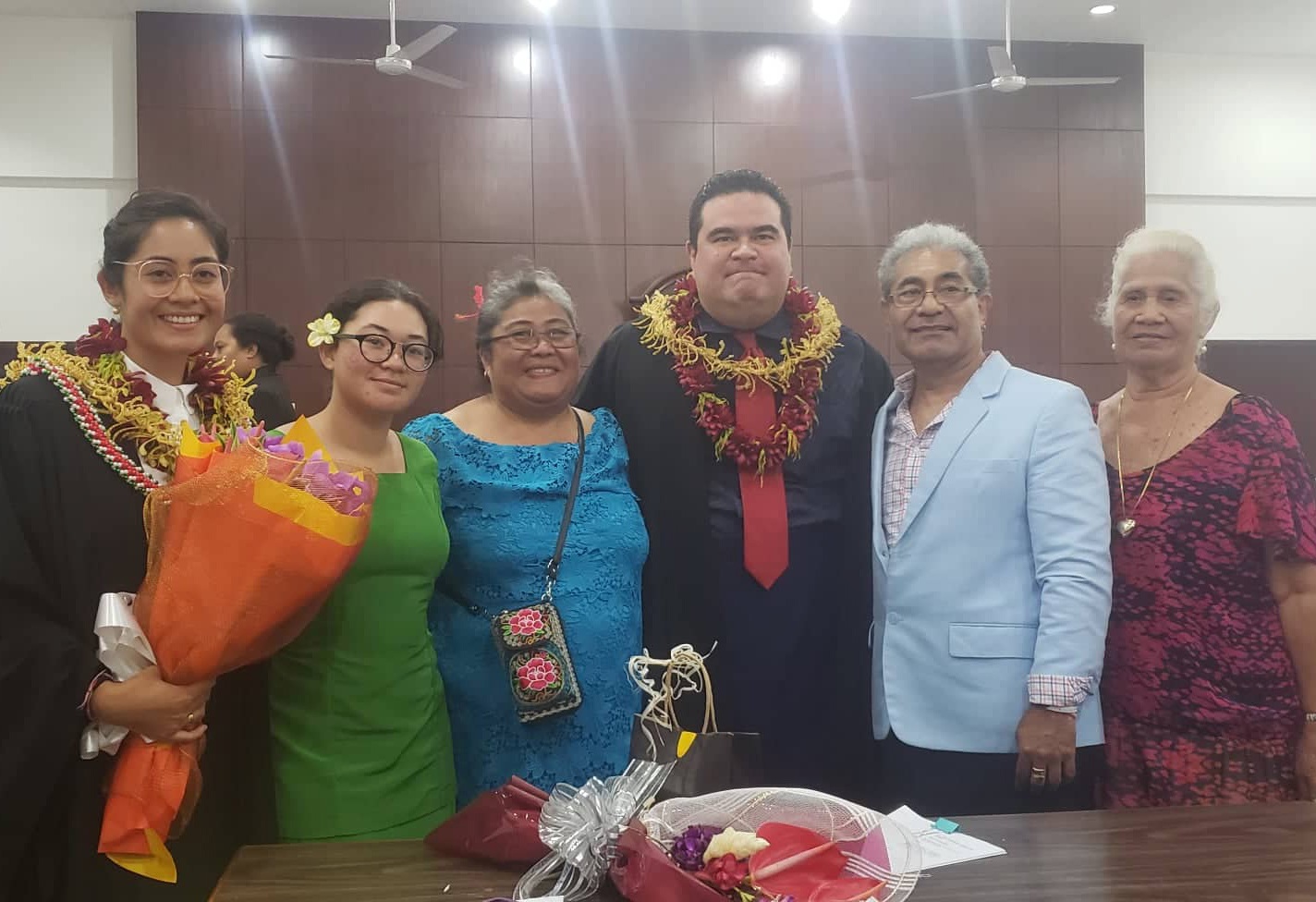 Justice Vui said the point he wanted to make is that the law can be many things but it is what the practitioners make of it and what they make it to be.

For a Judge it can be a valuable tool and a guide that is used for the purpose of imposing penalties on offenders and to send out a message to the community, he added.

“But in all times we try to achieve fairness and justice according to the law,” he said.

“Because ultimately that is the core purpose of the law.

“It is what we refer to in our native language as amiotonu (justice) and one of the core purposes of the law is to do the right thing. It is all about justice and fairness.”

Justice Vui reminded the lawyers that if they keep those things as their guide – their ship and canoe will sail in the right direction.

He also pointed out that a legal practitioner is a profession that has standards that are sometimes overlooked.

“As lawyers  and officers of the Court you have now taken an oath to uphold that standard and duty and I am certain from what I have read (about the lawyers) - you two will keep that solemn oath.”

Justice Vui then wished the lawyers a long successful and fruitful career and congratulated the families of Ms. Theadig and Mrs. Leafa for their continuous support.

Mrs. Leafa and her husband, Atimalala Iulia, are from Hamilton New Zealand and had recently moved back to Samoa.