The Manu Samoa 7s put three players down at each tackle to create more space for the Manusina 7s, and force themselves to reorganise their defence. (Photo: Aufa'i Areta Areta)
Rugby union
Samoa Rugby Union

Sir Gordon Tietjens' main purpose in approaching the Manusina 7s for a training run with his Manu Samoa 7s team was to help their preparations for the Pacific Games.

But after the game, Tietjens said their game together on Friday helped his side as well.

Samoa's two national rugby 7s teams faced off at A.C.P. Marist Stadium, and Manu 7s coach Tietjens said his team made it more challenging for themselves by putting three players down and out of the game at each tackle. 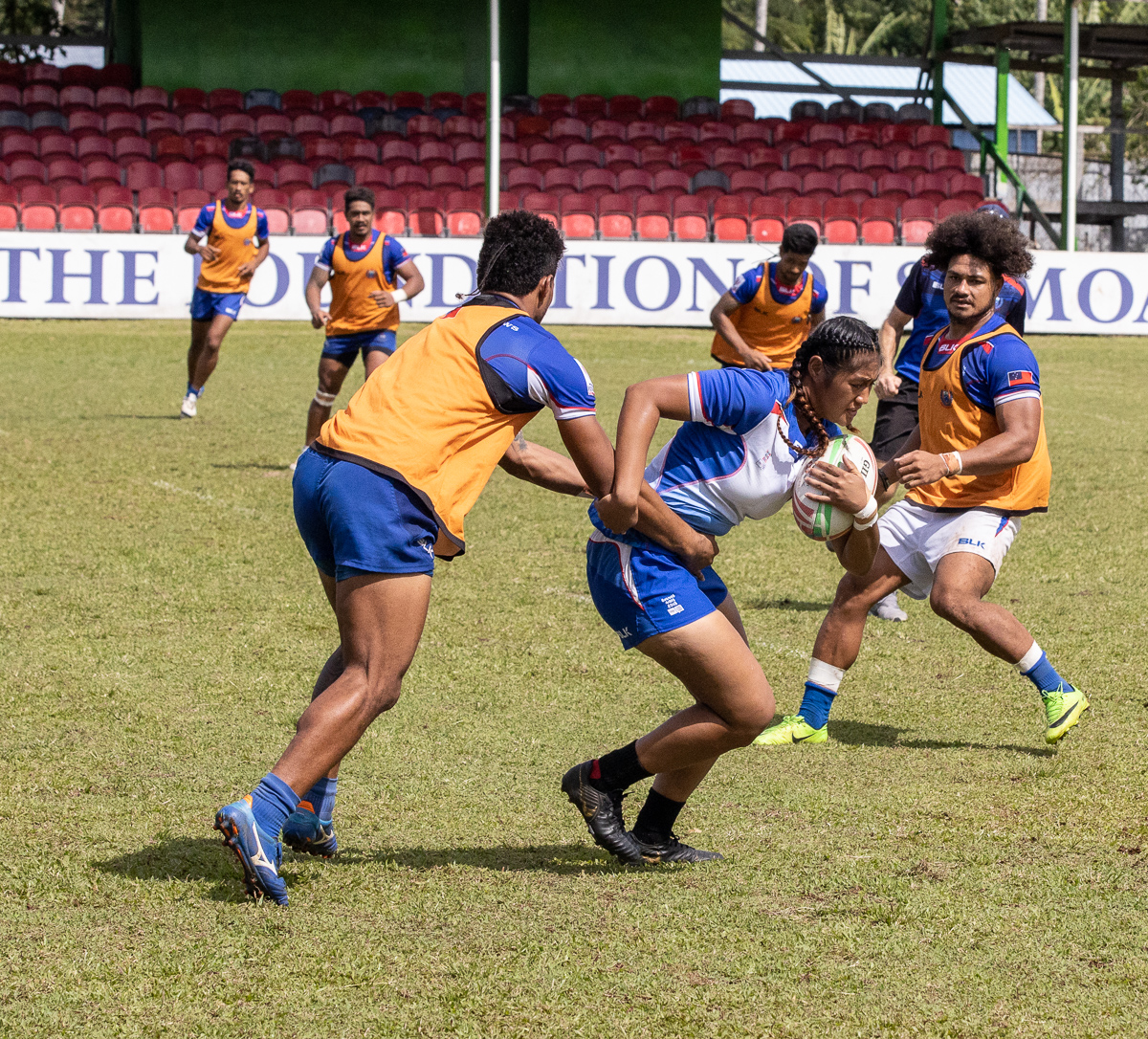 “It gave them a lot more space in which to attack, and it also gave us an opportunity to realign on defence, particularly when we’re not connected.

“That was the real positive from our point of view, having to work." 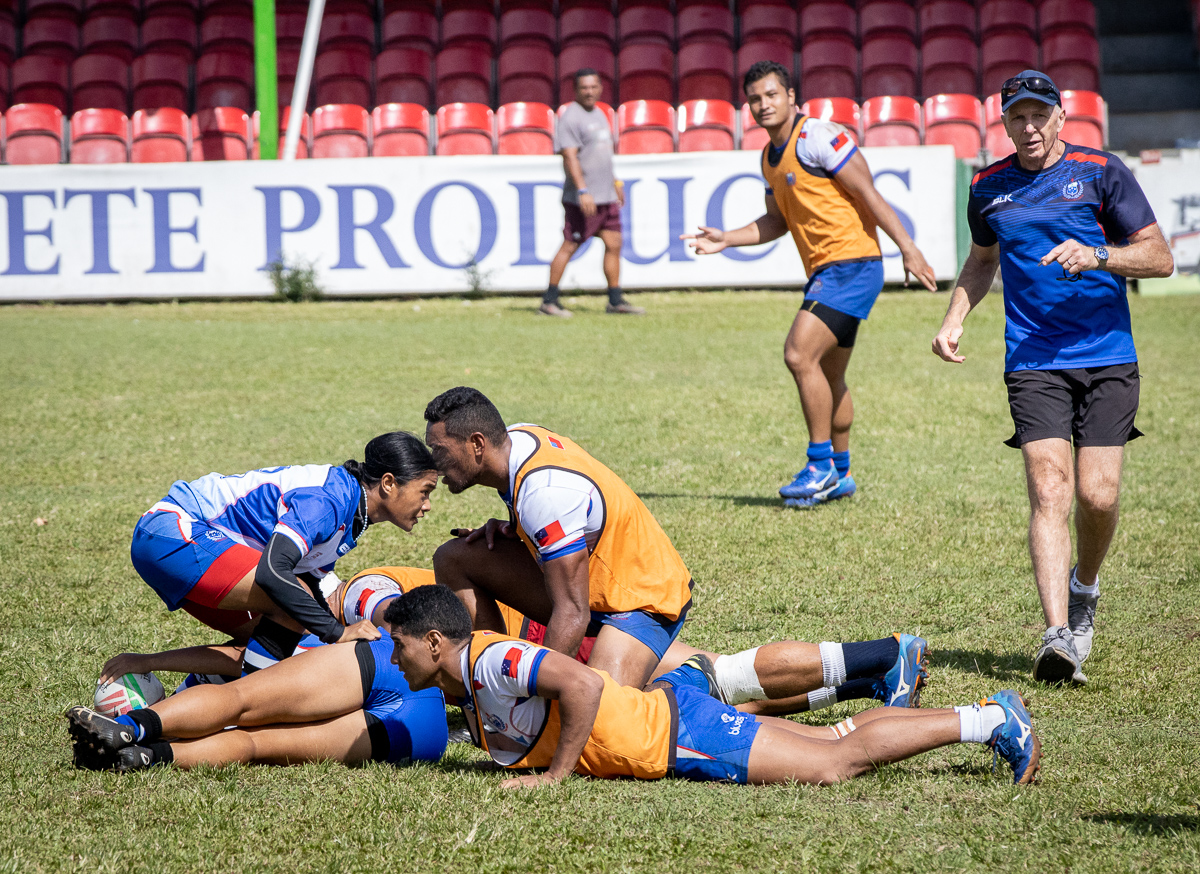 He said it was similar to how the Manusina's games go as well, with players often bunched around the tackle and more space out wide.

“It was really a positive for them, to give them an opportunity to read the picture." 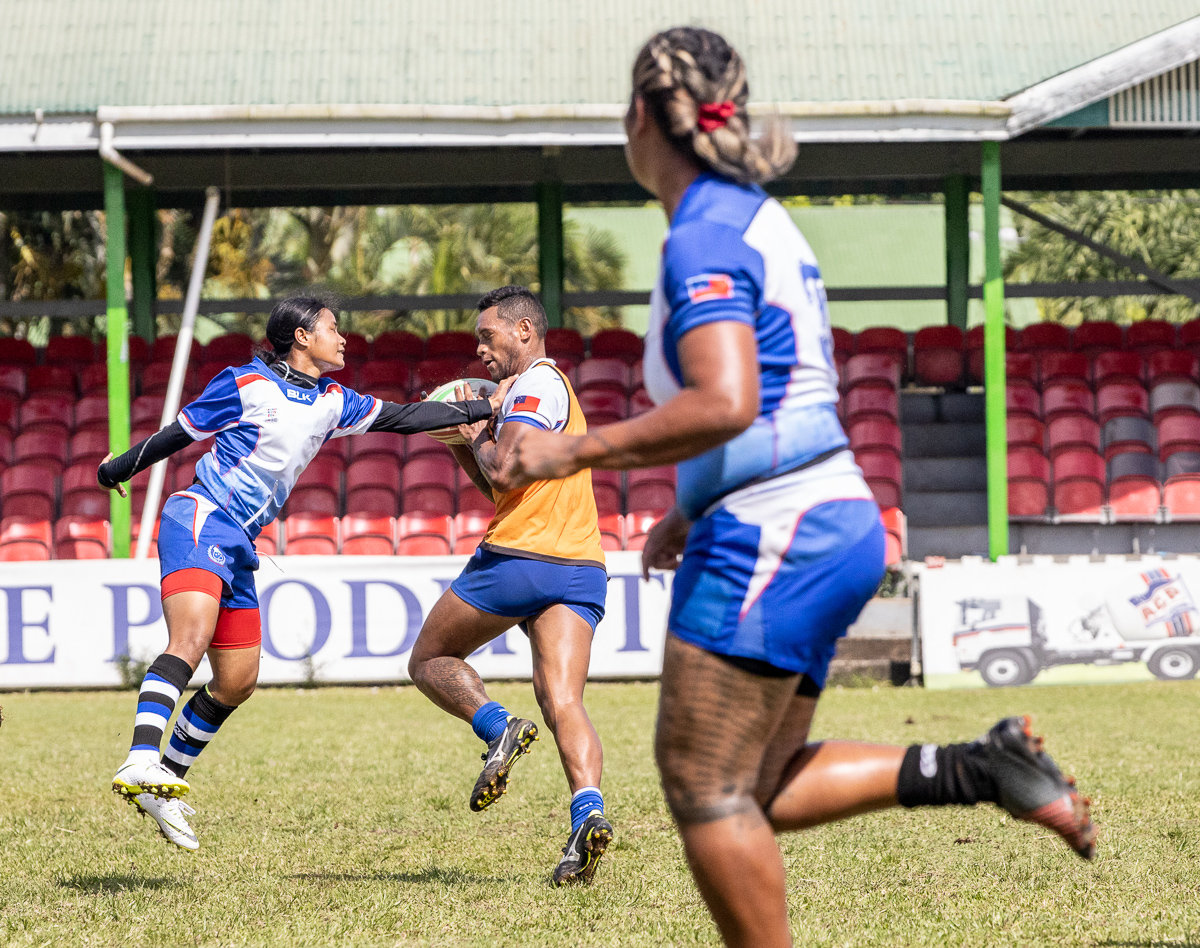 Tietjens said the Manu were able to focus more on reading the game as well, and work on attacking moves rather than trying to beat people one-on-one.

“It was all about taking the right options with the defence that was out in front of us. 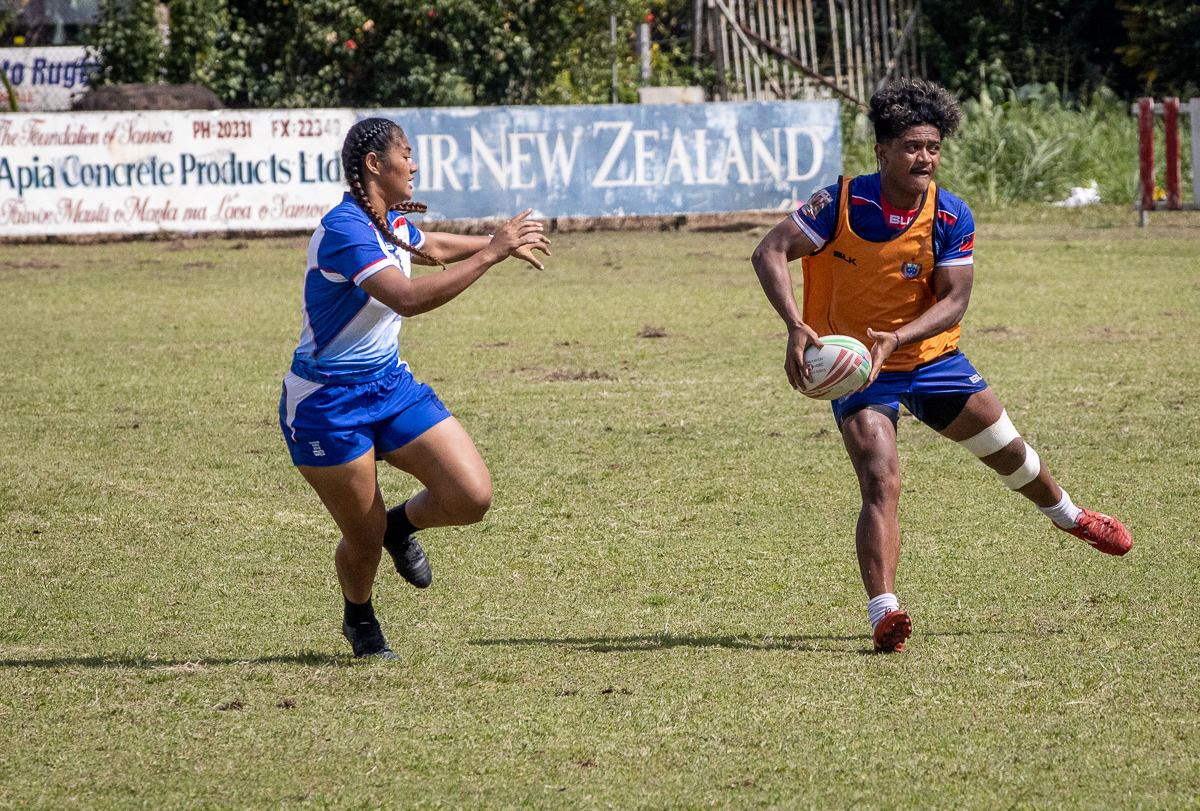 Tietjens talked to the Manusina at halftime about making adjustments to try and close down space.

He brought up the example of New Zealand's netball World Cup team, who recently played their male national team counterparts in an exhibition series.

“What it gave them was real competition, it was really tough and it can only assist the girls moving into their World Cup."

Tietjens also said New Zealand's national sevens sides would play each other after they started working out of the same centralised performance centre in 2016. 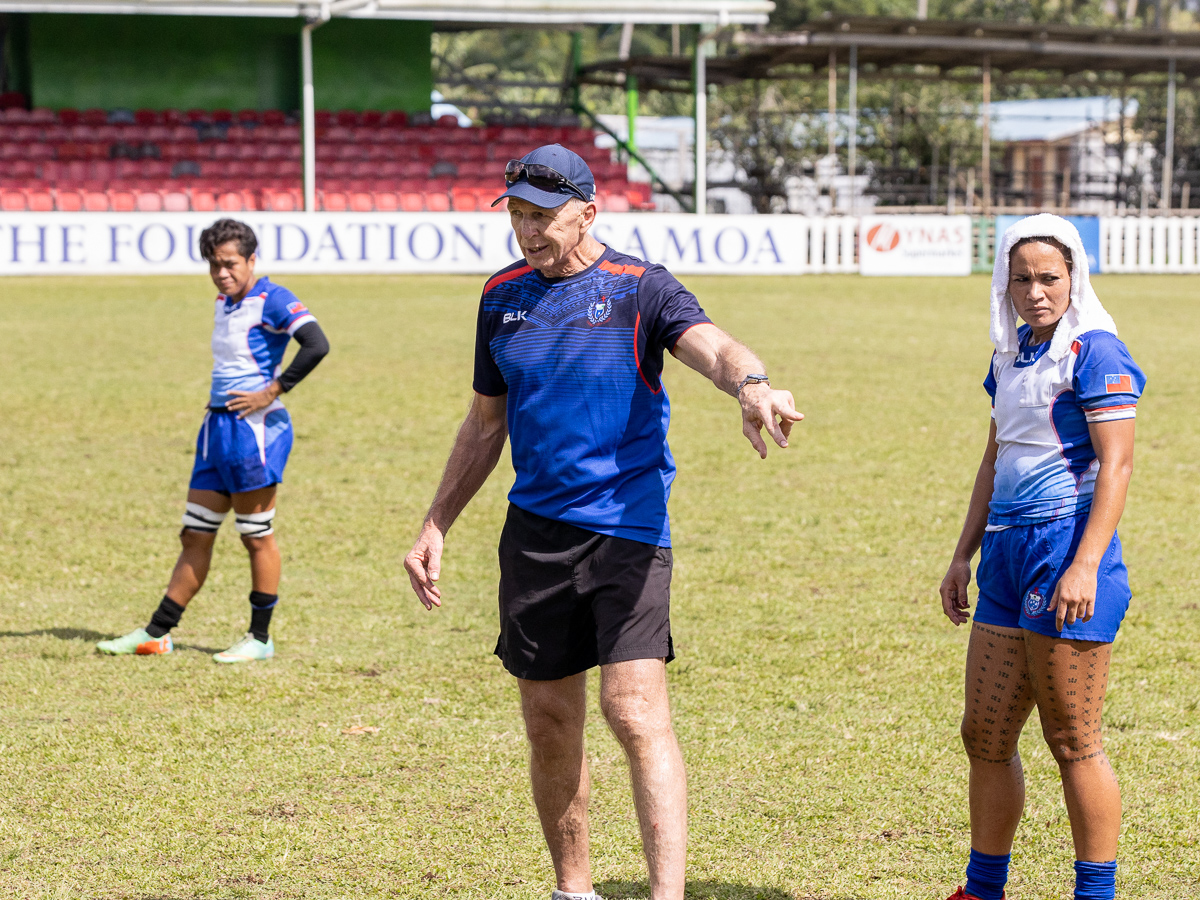