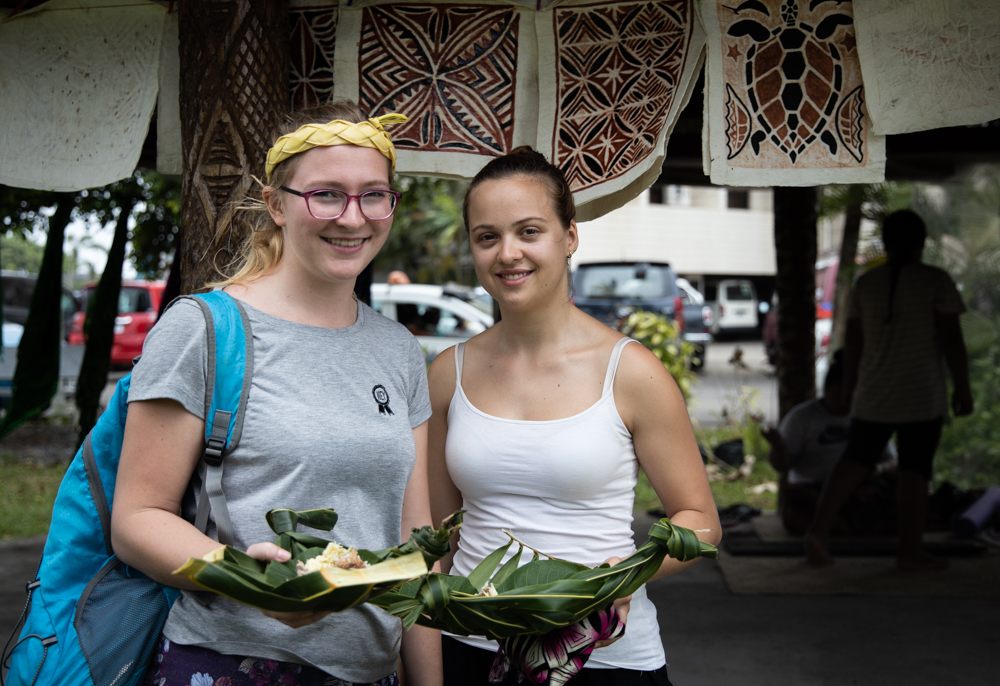 Germans Marie Bikai and Sabrina Camana have been on their feet since their arrival in Samoa.

Flying into the country from New Zealand last Saturday, they had the chance to see Samoan culture first hand and interact with the locals.

For 24-year-old Marie and her 20-year-old pal Sabrina, Samoa has already made a big impression on them.

“We have been here since Saturday so its four days so far, and it's been good – the people are nice and the environment is beautiful,” Marie said.

She added that coming to Samoa was a great idea as she was always interested in the local culture, which is very different from her own Germany culture.

A visit to the Samoa Tourism Authority-run Samoa Culture Centre gave her insights on the issue.

“Here at the Samoa Culture Center is really interesting for me because it's such a different culture from our Germany culture,” she said.

Sabrina said they have spent most of their time in Apia, and will only spend a day at Savai’i.

During their stay here, they’ve also tried traditional Samoan food, to get a feel of the local cuisine.

“We tried the Samoan traditional food in an area where they sell the tropical Samoa food,” Sabrina said.

And they have had the experience of staying in a motel, hotel as well as beach fales for an authentic Samoan experience.

Sabrina leaves the country on Friday and her friend Marie travels next week Tuesday to New Zealand and then Germany.