Manusina vs Manu Samoa Sevens a great idea, with conditions

Former Manusina captain, Gabrielle Apelu, said the Samoa women’s 7s team taking on their male counterparts is a great idea, provided there are limitations in place for the game.

The Manusina 7s and Manu Samoa 7s will come up against each other tomorrow in a practice match to help each side prepare for the Pacific Games tournament on the 12th and 13th of July. 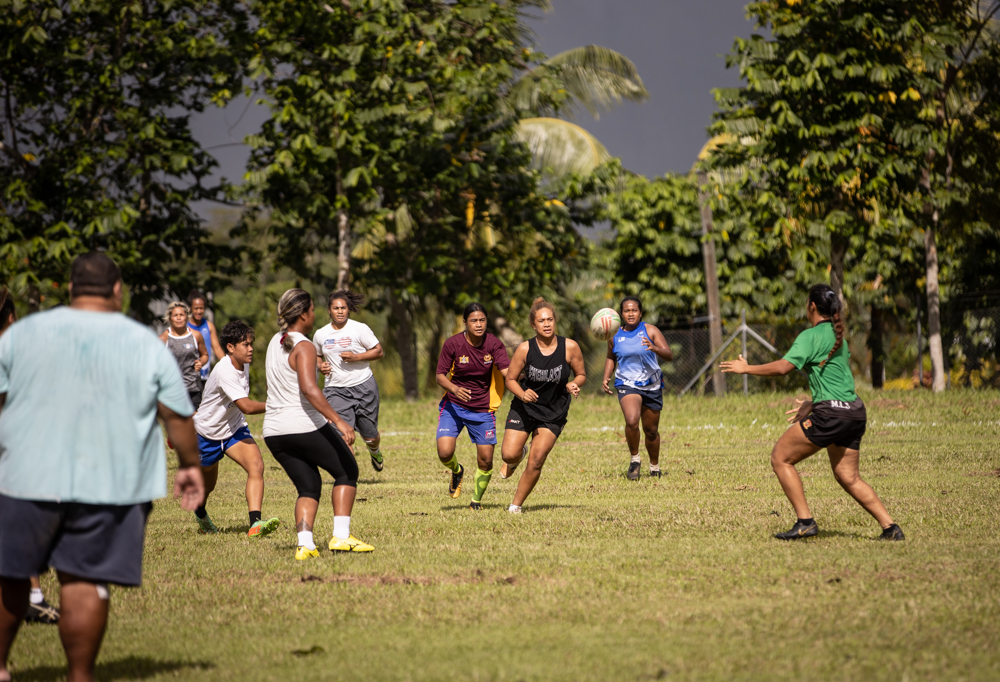 Apelu, who is representing Samoa in rugby league 9s at the games and has played at a national level in mixed sports touch and tag rugby, said it will be a big challenge for the women, but one they will gladly accept.

“For the purpose of it being a level playing field and a morale booster especially for our women, there does need to be checks in place.

“Physically, [the men] may hold the advantage over the girls and thus need protocols to ensure it’s not a rampage.”

The game will not involve tackling; when a two hand touch is made, the referee will instruct the ball carrier to bridge and let go of the ball.

Manu Samoa 7s coach Sir Gordon Tietjens said they are playing to help the Manusina get exposed in certain areas they need to get right for the Games.

Apelu said the match could benefit the men too, allowing them to work on any weaknesses in their game structures.

“For example maybe poor passing on the right side, or a certain play or learning gaps in defense.

“In a limited and controlled environment, they can work on strengthening weak areas.”

Manusina 7s coach La’auli Rudy Leavasa said it will be the first ever match between men and women players.

When asked how she would react if her 9s side were put against the men’s team in a training match, Apelu said she would ask why.

“What is the desired outcome?

“Is it something that can be mentally or physically beneficial for both sides?”