The Ministry of Health (M.O.H) has received $130,000 worth of medical supplies from the U.S. government.

The donation was presented at the Ministry-owned pharmaceutical warehouse at Moto’otua by U.S. Ambassador to Samoa, Scott Brown, with the Minister of Health, Faimalotoa Kika Stowers, present.

Part of the assistance also includes a team of six medical personnel from the United States Navy, who will be working alongside Samoa’s medical team at the national hospital for two weeks to support local capacity during the Pacific Games.

“These items were procured in New Zealand and would have been challenging to get here to Apia without the Defence Force’s help," he said.

“This programme is building upon the tradition of bilateral cooperation the U.S. and Samoa have enjoyed over the past several years, with similar missions in 2014 and 2015 during the UN SIDS Conference and Commonwealth Youth Games respectively. 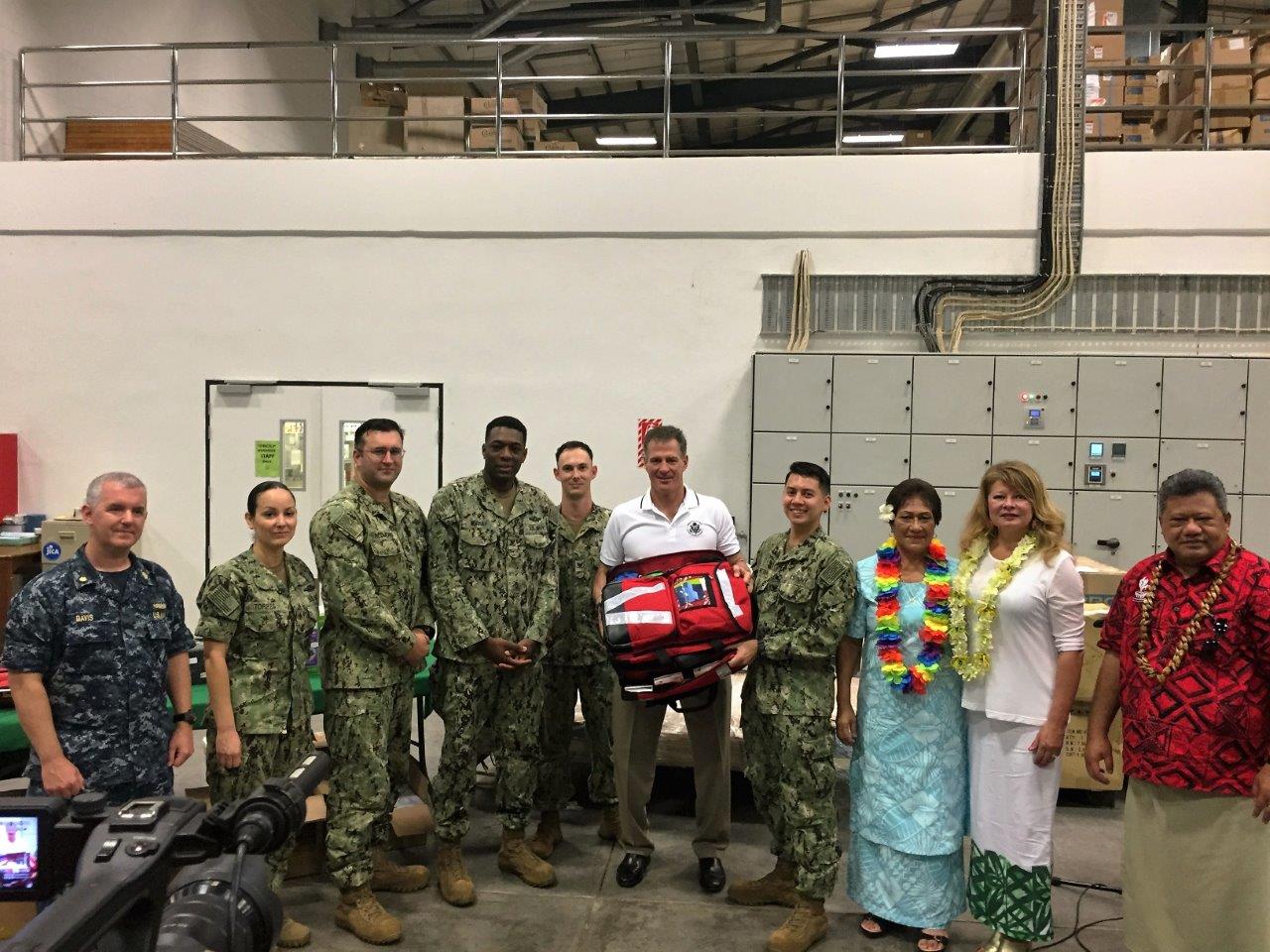 “It is our hope that this support is used in accomplishing the Ministry’s objective over the coming weeks and we look forward to further collaboration to help Samoa achieve its health goals."

Faimalotoa acknowledged the U.S. Government for its assistance, saying it was timely as the people of Samoa prepared to host the Games.

“The equipment and supplies will be put to good use as the Ministry is finalising to respond to health service needs of the Games in the community at large. Some of the equipment will be used for emergency response by the health service during times of disasters,” she added.

Faimalotoa also acknowledged the assistance that will be provided by U.S. Naval medical team to help the local hospital as this is not the first time for them to assist Samoa's health services.