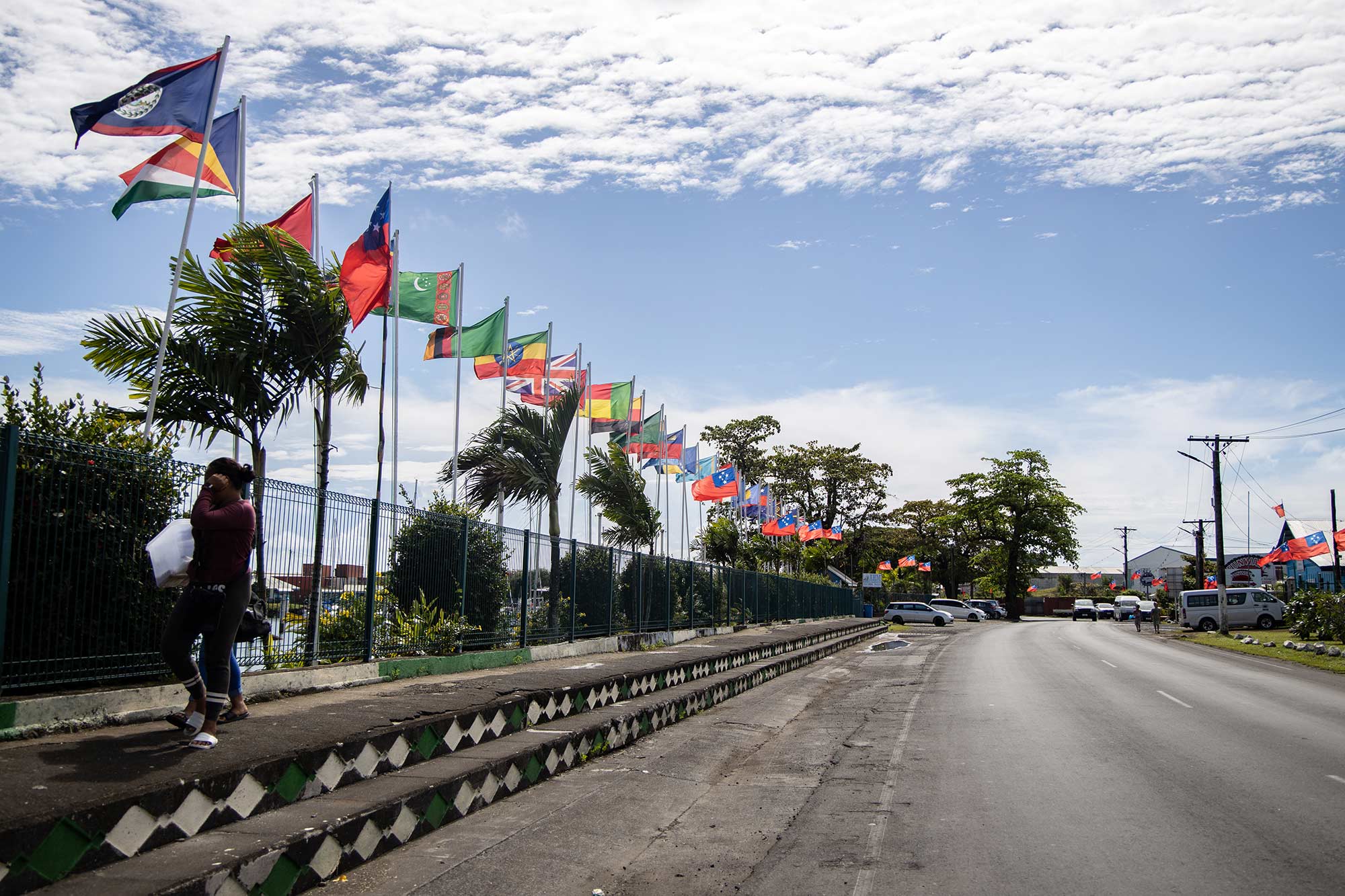 Samoan and Pacific Island flags are selling like hot cakes in shops in Apia as the country prepares for the Pacific Games opening ceremony this Sunday.

A survey of shops in the Samoan capital by the Samoa Observer revealed that some of them sold over 100 flags a day, though they are disappointed they did not stock up with the flags of other Pacific Island nations participating in the Games.

Salaevalu Tanileu, who is a supervisor at the Coin Save shop in Vaitele, said their stock is selling out fast with people ordering them in large quantities.

She said private firms, educational institutions and villages are their biggest customers.

“Well the number of flags the customer buys in a day is almost 200 flags, but most of them are companies, schools and villages who order their flags from us,” she said in an interview.

Coin Save had a large collection of flags for the other Pacific Island nations, but Mrs Tanileu said since schools in Samoa began adopting Games participating countries and territories, they are now out of stock.

“It was mostly schools who were the customers of the flags of their adopted countries.”

Villages have also been some of Coin Save’s main customers and ordered close to 4000 flags at one time.

“Some villages take 3000 flags a day and the flags’ prices are $3 tala for the small and $15 tala for the big flags” she added.

For G.S.I. saleswoman Lilly Pine, the biggest disappointment was not having the flags of the other countries participating in the Pacific Games, which a lot of their customers asked for.

“Here at G.S.I. flags sales are almost sold out because many  people buy flags here they use  it for decorating their house or even their cars,” she said.

“Most of our customers come to us and ask for other countries’ flags for schools and village adopted countries programme, but we do not have it in stock, we only have Samoa flags.”

The Treasurer Garden shop at Fugalei market has also experienced increased sales in recent weeks in the lead-up to the Games.

The shop’s saleswoman Jessie Uili said their flags is selling fast and they are now almost out of stock.

“Our flag sales started last month until now and now the flags are almost sold out,” she said.