A mural has been commissioned in the new paediatric clinic at the Tupua Tamasese Meaole Hospital at Moto’otua, thanks to a partnership between Air New Zealand and the Manamea Art Studio.

The head of the hospital's paediatric unit, Ulugia Dr. Tito Edward Wright, acknowledged the work behind the painting and the effect it will have on the clinic's young patients.

“When parents bring their sick children to wait for the doctor, they can admire the beautiful mural because there is no television in the waiting room," Ulugia said.

“The clinic usually caters to 100 patients of children from ages 12 and under a day with only two doctors to look after them."

The hospital's paediatric unit has six doctors with the paediatric ward, nursery intensive care unit, and paediatric clinic have two doctors each.

The paediatric clinic will be relocated this month from the outpatient in the old hospital to the ground floor of the new hospital.

“We were scheduled to move this week, but due to the Pacific Games coming up, we have decided to move after the Games,” Ulugia said.

Co-owner of Manamea Art Studio, Lalovai Peseta, said the project’s theme depicts Samoa’s environment both land and in the sea. 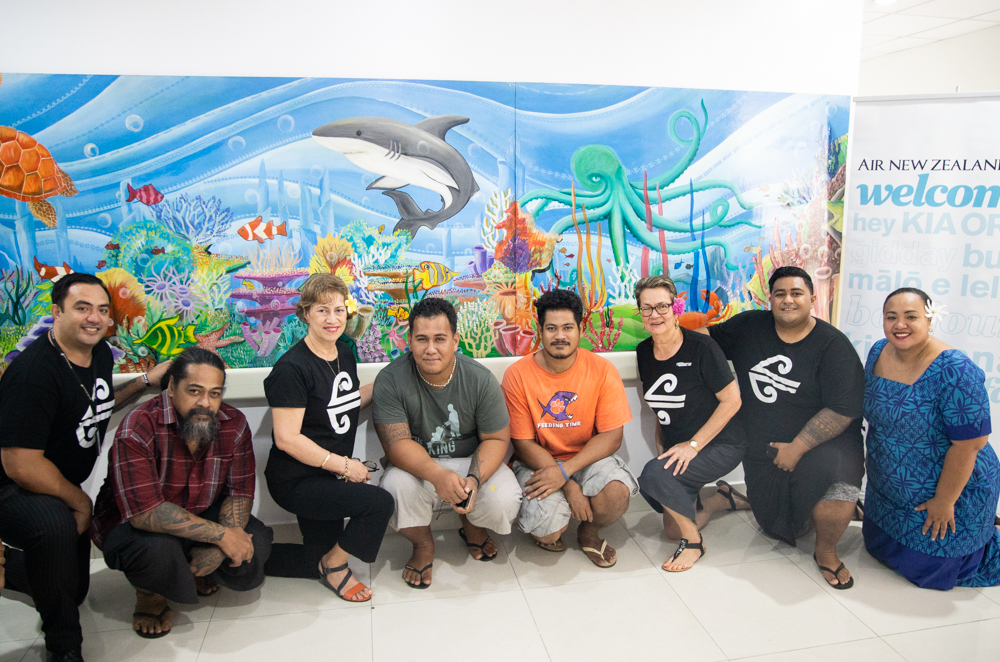 He said they wanted to showcase Samoa's biodiversity through the mural with an aircraft – representing Air New Zealand – also part of the painting.

“We wanted to showcase Samoa’s natural beauty from its plants, birds, sea creatures and lastly merge both artworks with a painting of the Air New Zealand plane flying over the sun.

“Despite our busy schedule we managed to allocate time for this artwork and even though we did not get paid for it, but we wanted to do something for the children because I am a father of four," he added.

Air New Zealand representative, Tautalaaso Sonny Mataia, said this is their way of giving back to the community.

“Before the new relocation of the children’s clinic, we wanted to put up art murals around it so it can have a different mood or feeling when patients come to the hospital.

“It is our hope that we can lift these kids’ spirits through artwork. By lifting their spirits we give them hope which creates inner strength and a want to get better," he said.