A group of former Samoan policewomen launched a crisis counselling service for the nation’s victims of domestic violence this week.

Tofa Sinasina’s president is one of the first Samoan policewomen, Tavui Anne Eves-Laumea, and she is joined by 13 active members.

The group intends to support police to reach victims and perpetrators of domestic violence to talk them through problems and look for solutions, with the added benefit of a sound knowledge of the law and justice sector.

President Tavu’i said their motto is "restorative justice"; eliminating violence through addressing issues directly with the perpetrator and victim.

Tavu’i hopes Digicel and Bluesky will support them by providing crisis lines, but in the meantime some of the members have made their phone numbers public for victims to call.

Police Commissioner Fuiavailili Egon Keil said he welcomed the partnership of women who understood both the role and limitations of the police force.

“I think we always need help, the Police can’t do this alone,” Fuiavalili said.

“I think it’s something we can incorporate with what we are doing now with Samoa Victims Support Group… now we have to come up with policies and procedures so that they are protected as well.”

“I don’t think one person or one organisation can achieve what we all aspire to do,” Papalii said.

“Those suffering from depression, domestic violence, sexual and physical abuse, those people are crying out for help and there is never enough people to reach out to them.”

She's worried Tofa Sinasina may encounter the same funding challenges F.L.O. experiences. There is never enough money to conduct outreach and awareness on the work they do, she said.

Teamwork between F.L.O. and Tofa Sinasina may make a big difference, especially as former policewomen may already have the trust of the public, especially victims.

“They will face the same battles that we face so it makes sense to band together,” she said.

“We tell people that everything they share with us is confidential, [but] it’s very hard – Samoan people are very reserved, they bottle things up and they don’t like to talk.

“But if they are putting themselves out there as policewomen, as people of authority, people will be drawn in.” 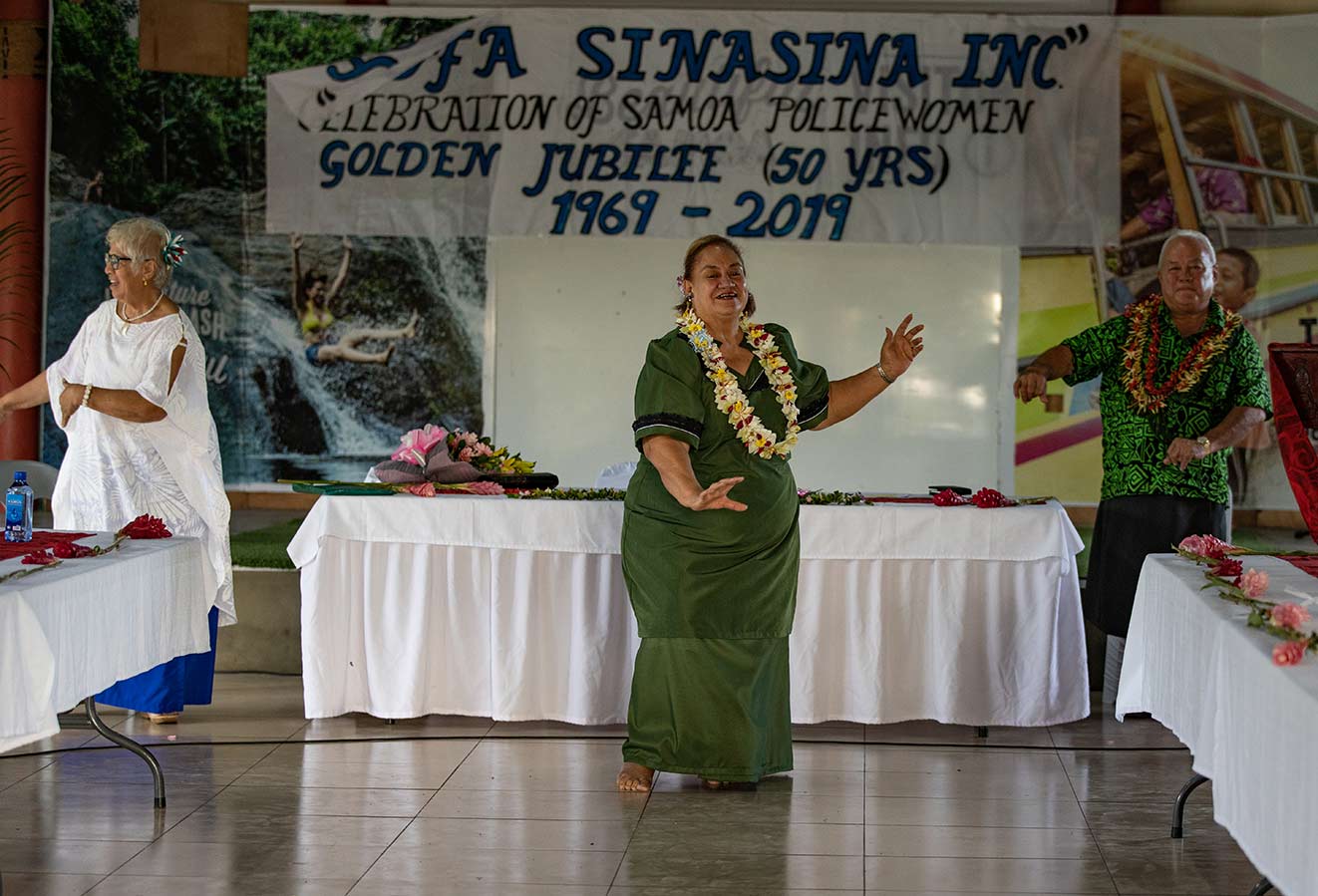 Lautafi acknowledged the overwhelming number of people committing crimes and suffering the consequences, and the need for more support.

“The motherly touch always has an edge over their male counterparts when providing this kind of thing, where you need understanding, good listening skills, where you need a gentle touch that mothers can provide,” he said.

“That is an edge these women will have.”

Former policewomen Sala Ana Ponifasio and Matamua Mandy Skelton-Keil are Tofa Sinasina founding members and say they have already been doing this work a long time. 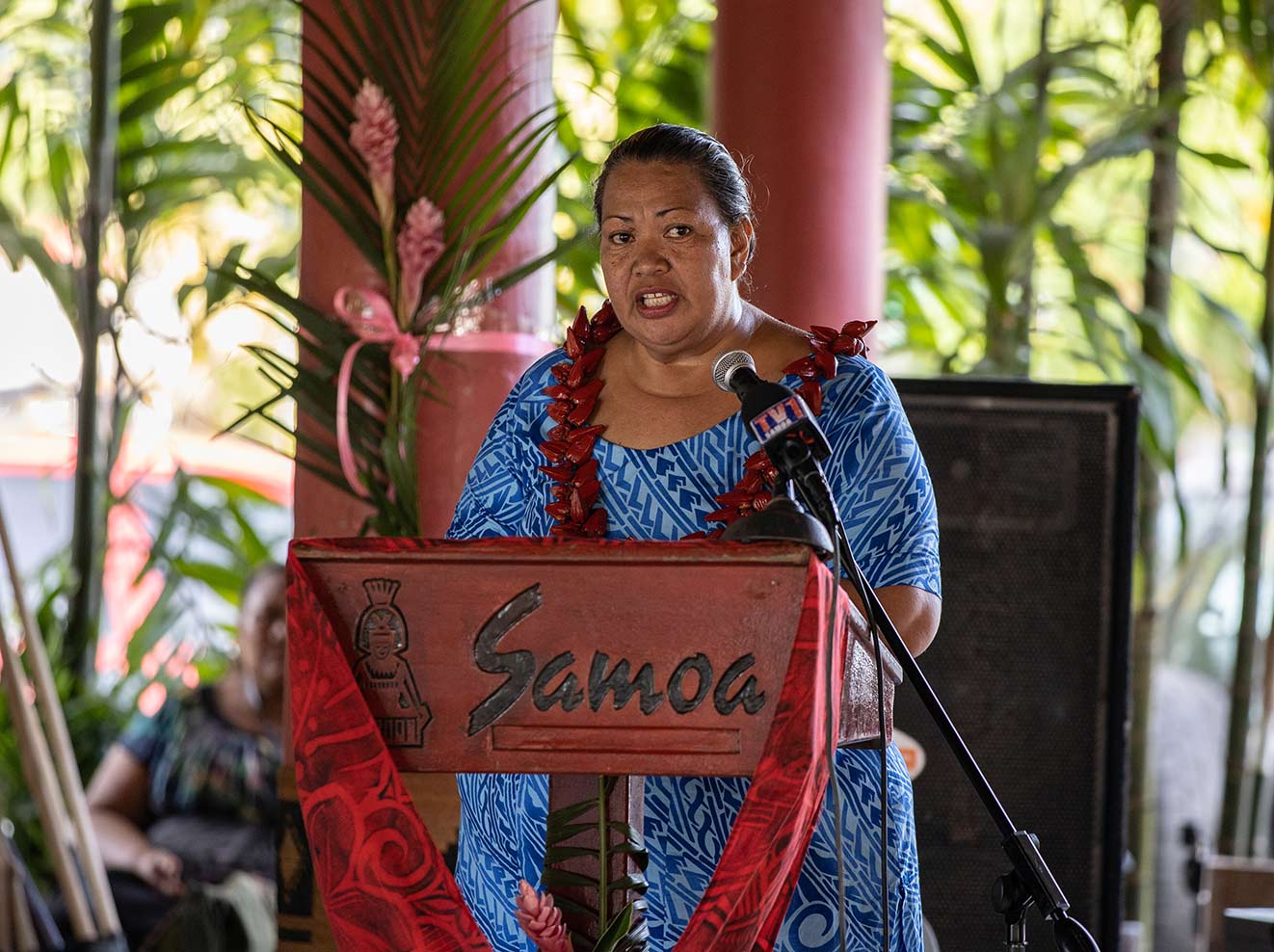 Most likely they have seen the same types of issues more than once and have experience helping victims and perpetrators work through them.

“Hearing the victims lodging their complaints, you get to know what they want and need, so as officers dealing with victims of crimes, this experience can be utilised,” Matamua said.

Counselling is about unloading the burden of difficult experiences, in order to work through them, find closure and move on.

“[Victims] need someone to talk to and hear their story and advise them of what to look at,” said Matamua.

“[Trauma is] a sore you can’t put a plaster on and forget about,” Matamua said.

“You have to hold onto it, nurture it, and clean it every day until it is healed.”

Sala worked alongside Tauvu’i in the police force many years ago, and said Tauvu’i has been counselling victims on her own time for her whole career: talking to them after hours, and sometimes even giving them a place to sleep in her own own.

“Samoa needs more women to work together like this to help women, children, young girls. We need to break the silence and stop the violence, really,” said Sala.

She said Samoa Victim’s Support Group already does invaluable work with victims, and especially children. She hopes Tofa Sinasina can be another “shoulder” for victims, and maybe ease S.V.S.G’s immense workload.

“I think it’s very important for Samoa, especially the police force, to have a backup of women who understand the law.”