Police Commissioner Fuiavaili'ili Egon Keil has warned against the abuse of police vehicles and said it will not be tolerated.

The Samoa Police Service (S.P.S.) was recently the recipient of police vehicles and motorcycles from donors to provide security during the Pacific Games.

The Police Commissioner said there are tight monitoring systems around the operation of police vehicles in Samoa and he has made it clear to his subordinates that he will not tolerate the abuse of police vehicles.

"I don’t like people who come and abuse so I’m very careful and I’m very hard towards the officers — when these assets are not well looked after — because now officially these are Samoan Government assets, properties and we have to cherish it," he said.

The Australian government is the latest donor to come forward with support for Samoa's hosting of the Pacific Games, through the donation of two buses and 10 new motorcycles.

Fuiavaili'ili said it is important for S.P.S. and other Government Ministries that they take care of donations received from donor partners.

"That way it’s good that our partners see that we are looking after it and not abusing it, so its very important that not just the Samoan Police but other Ministries as well, that if they receive such gifts, they should use and manage it properly.

"So controls and systems is one of my things that we try to execute to make sure that equipment from other governments for us to use in our operations are managed properly ," he added. 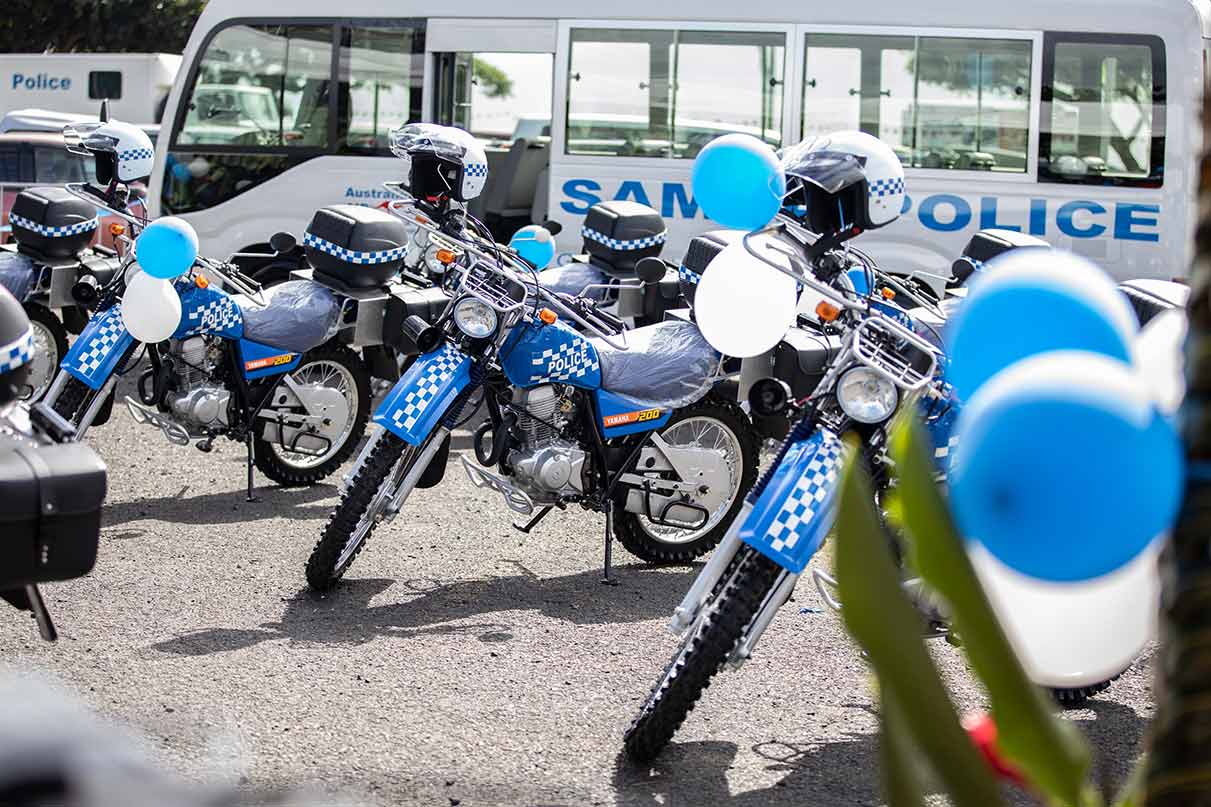 Fuiavaili'ili said what concerns him more about these gifts from donor partners is their proper use by the local public sector workforce.

"So there are so many Government vehicles here given by Australia and I make it a point to make sure that these things have been treated carefully and used appropriately.

"We don’t just receive these and have anybody jump on there, that’s why it gets broken," he said.

Fuiavaili'ili said most of the Police-owned vehicles are equipped with G.P.S. tracking systems which help monitor their whereabouts and the speed they are travelling at.

"And many of the Police cars right now they all have G.P.S. on them, so I know that the car is not speeding and when it does speed, it appears on my screen that there is a car going fast, so I deal with that officer with the fast car and I deal with it harshly too," he added. 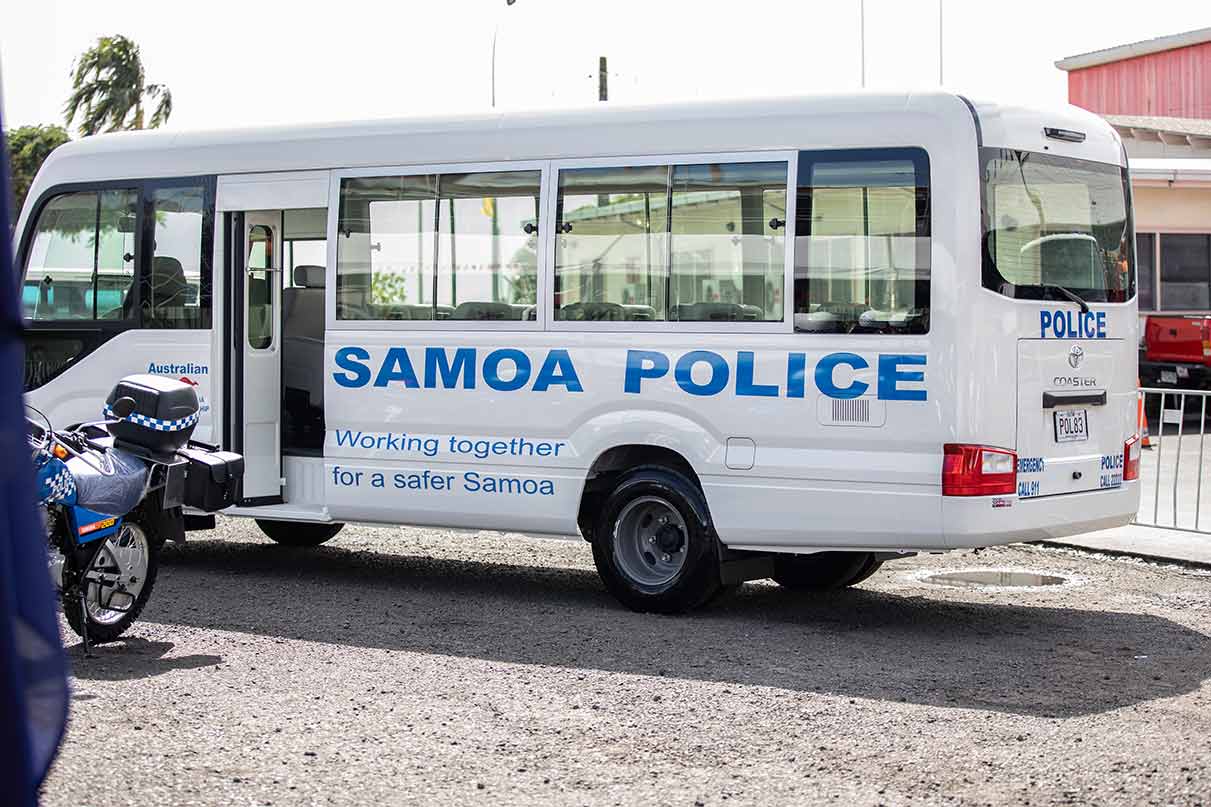 The Police Commissioner stressed that the S.P.S. is working to make sure all vehicles are equipped with G.P.S. including motorcycles.

"So that when they say they are here, I can just look at my computer and confirm that they are here so you can’t trick me that you are here but instead out doing other things.

"So it’s all about monitoring and realistically, we shouldn’t be doing any of this because if an officer did his job diligently then a GPS is not needed.

"We try to put controls on it and as you can see, there has not been incidents involving police cars recently and posted on your front page. All that is down now, because of the systems in place so make sure it doesn’t happen," he said.

Fuiavaili'ili reiterated that vehicles are expensive assets that should be taken cared of and that the nature of the Police work sometimes requires fast driving but to do so "very safely".

"But we are human there will always be something happening and the nature of the work in the Police force is 24/7 and sometimes the Police car should be fast to respond to an emergency call from the public. But at the same time, common sense should be used and use some thinking."