The women who looked after Tupa'i Bruno Loyale’s stranded circus animals ten years ago are concerned a repeat could happen with his proposed zoo.

It would have been late 2008 or 2009 when Mrs. Ainslie von Reiche brought the creatures’ home to Vailima.

The ostrich, eventually named Ozzie, stayed on their land, while the two llamas went to her daughter, Raema von Reiche in Moto’otua.

“It was shocking,” Mrs. Ferenczy remembers.

“Mum went down to have a look at the animals that were down at Trevor Stevenson’s, and then she arrives home with this cage with this blimmin’ ostrich in it that she went and rescued.”

Mrs. Ferenczy said her late mother described the animals as being stuck in mud, and said they were not being looked after.

As an “animal lover,” she took some away to take care of. 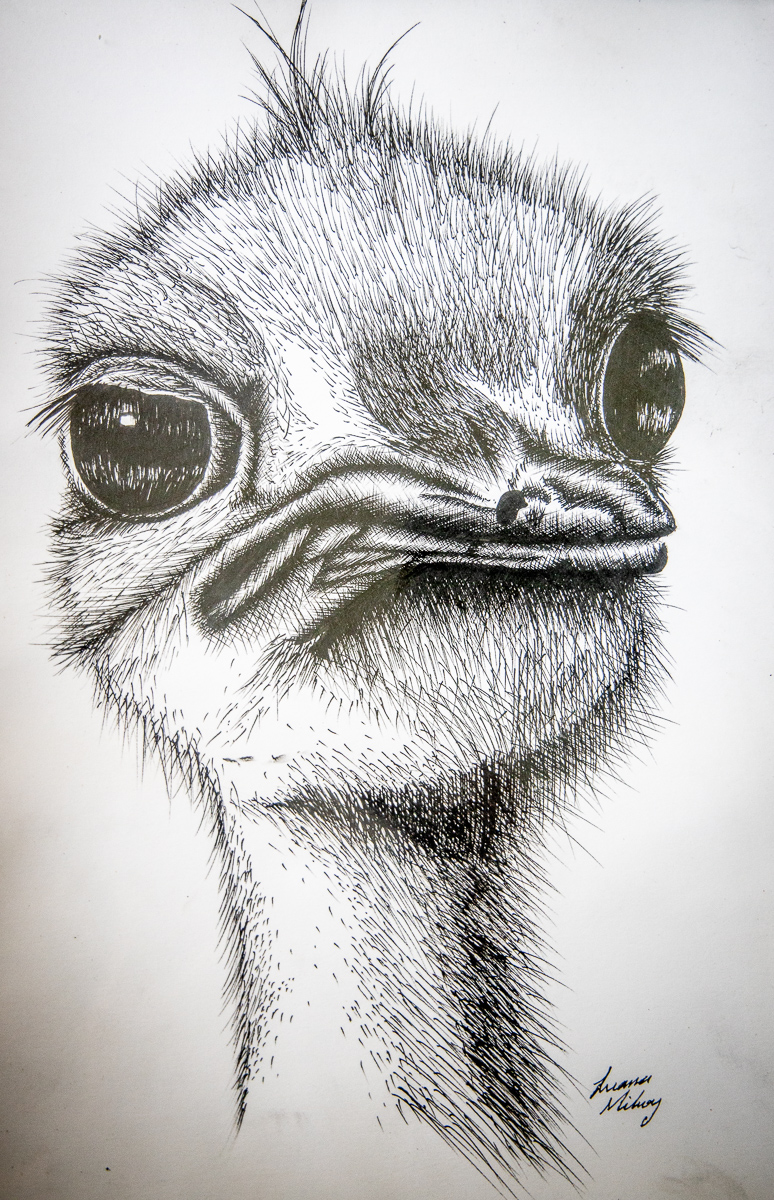 Ozzie, the ostrich, was a massive and often aggressive creature, she remembers.

He loved to run and often broke out of his three acre enclosure to sprint up Cross Island road, causing traffic jams.

“When he would get out on the road he would run up to the Australian Embassy at full speed, with wings out. It was rather beautiful,” she said.

During mating season, Ozzie would become “vicious,” and run at anything that resembled a female ostrich.

Once, he clawed at Mrs. Ferenczy’s house cleaner, who, unable to run away from him, had leapt onto the fence in desperation.

“Most of the time he was fine, but eventually we worked out when it was mating time.

“You just know by the way he would sit down, the wings would go out and his neck would be weaving. So you think oh, must be mating time and keep your distance,” she said.

To her, the thought of Tupai opening a zoo is “ridiculous.”

“Bruno might be okay, maybe a couple of his carers – I know the guy that looked after the juvenile chimp appeared to be really good, but that’s the exception.

“I’m sorry, just have a look at the dogs around here,” Mrs. Ferenczy said.

She said while Tupai may have “done his homework,” she believes there is no need for a zoo, and that the animals will need more care than he probably can afford.

“It will work, people will go, but for how long? How much will they pay? It’s the welfare of the animals we are talking about, not whether people will go to the zoo or not.”

Ozzie finally died after five years of living with the von Reiche family.

“The ostrich definitely had a great life up at Vailima. It is a wee bit cooler, lots of shade and lots of room to run,” she said.

Unfortunately, the llamas did not enjoy as long a life as Ozzie, remembers Raema von Reiche.

They lived on her property at Moto’otua on an acre and a half. Though they had plenty of room to roam and enjoy a good life, the heat was stifling for them, Ms. Von Reiche said.

“They are lovely animals but they used to get really hot and you would see them standing under the trees trying to cool down,” she said. Originally from South America, llamas typically live in the cold, dry climate of the Andes Mountains.

“We used to shave the hair off them, and we would wash them to try lower their body temperature.”

The animals died after just a year in Moto’otua, most likely from heat exhaustion, she believes.

Ms. von Reiche said she questions why Samoa needs a zoo, calling them “a thing of the past.”

“I feel sorry for the animals Bruno left here. They were brought out of their own environment,” she said. Having invested a lot of money and time into caring for them, she has an insight into how much work the zoo might be.

Knowing Tupai is bringing zookeepers and a veterinarian with him is a small but not convincing comfort.

“He has been in the circus a long time, born into the circus so he is an entertainer,” she said.

“And he is good at it, he is a real showman. I guess he knows himself what people want and what people will pay to come and look at.”

Artist Papalii Momoe von Reiche remembers the animals escaping, and how the llamas suffered in the heat. She said people need to think beyond their excitement and think about animal welfare.

The climate and supplies of Samoa may not be up to scratch, she suggested.

“We all want to see monkeys and elephants because they are strange, it’s a phenomenal animal. But you have to look beyond that,” Papali'i said.

“When you take an animal from its own environment and you bring it to our environment, we are not familiar with how to look after these animals. We don’t know their mannerisms; we don’t know all sorts of things.”

And what if the zoo has to close? Papalii said after the excitement has worn off, people like her family may have to take on responsibility for those animals again.

Mrs. Ainslie von Reiche may have been unique in her love of animals. Papalii remembers her building a wheel for a three legged goat to wear as a fourth leg, and chickens sitting atop her head.

“She was that type of lady… It’s like she can somehow relate to them,” she said.

The official reason the animals were left behind in Samoa has not been ascertained.

Trevor Stevenson, who housed them at his home in Taumeasina and was Tupai’s lawyer, declined to be interviewed for this piece.